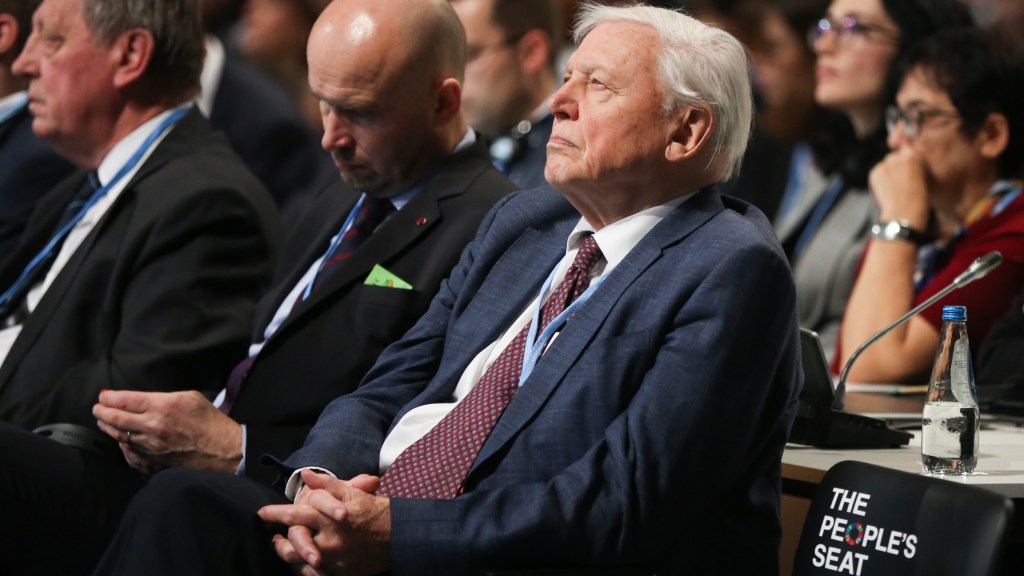 David Attenborough, the famed naturalist and conservation advocate, issued a dire warning for the world during a speech at the United Nations’ annual climate summit on Monday: Act now, or the natural world, humanity included, may soon collapse.

“Right now we’re facing a man-made disaster of global scale, our greatest threat in thousands of years: climate change,” Attenborough, 92, said. “If we don’t take action, the collapse of our civilizations and the extinction of much of the natural world is on the horizon.”

The comments came at the beginning of a two-week climate conference in Katowice, Poland, where emissaries from nearly 200 nations are meeting to determine how the world can dramatically scale back greenhouse gas emissions to abide by the landmark Paris climate agreement and, by doing so, stave off the worst effects of climate change.

“The world’s people have spoken. Their message is clear: Time is running out,” Attenborough said Monday. “They want you, the decision-makers, to act now. They’re behind you, along with civil society represented here today.”

The conservationist is serving in the “People’s Seat” during the conference, a role in which he will present comments from members of the public affected by climate change to the dignitaries and officials present at the summit.

The U.N. released a dire report in October that warned of severe, climate-related effects by as early as 2040 unless there is dramatic action to curb global emissions. The effects would include a mass die-off of coral reefs and an increase in extreme weather events. The world is working to implement the commitments made under the Paris Agreement but is still far off track from preventing catastrophic levels of warming.

At the same time, U.S. President Donald Trump has regularly denied the existence of climate change and its links to humanity. Following the White House release last month of a sweeping, 1,656-page report that warned of a bleak future for the country, Trump alluded that he was too intelligent to believe in the phenomenon. He has also moved to withdraw the U.S. from the Paris pact.

The U.N. has urged world leaders to unveil ambitious efforts to tackle emissions, calling this month’s summit the most important in years.

“Climate change is running faster than we are, and we must catch up sooner rather than later, before it is too late,” U.N. Secretary-General António Guterres, said at the beginning of the event. “For many people, regions, and even countries, this is already a matter of life or death.”