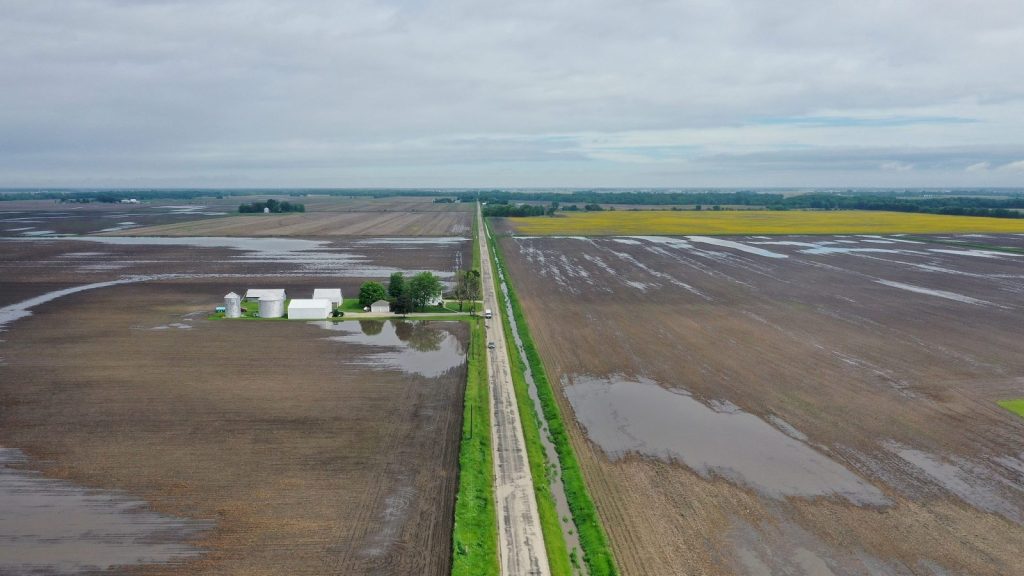 Nonstop rain has turned planting season in the Midwest on its head. Photos uploaded to Twitter by frustrated farmers under the hashtag #noplant19 show hundreds of arable acres covered in water, tractors mired in feet of muck, even bird seed sprouting in bird feeders. Only 58 percent of the corn crop has been planted this year (compared to 90 percent this time last year), and soy planting is behind schedule by over 30 percent, too.

Disaster-stricken farmers who have only been able to plant a fraction of their yearly crop will have to rely on the federal government for disaster relief, but aid is being held up by a few members of Congress.

Last week, the Senate voted 85 to 8 in favor of a $19.1 billion disaster aid package that contains bundles of money for hurricane relief in Puerto Rico and the South, wildfire aid for the West Coast, and $3 billion in relief for farmers in the Midwest. But the House version of the package has been stalled by three Republican representatives, who say the bill should include spending cuts to offset the price tag as well as funding for Trump’s border wall. The bill is expected to make it through the House next week.

This likely won’t be the last time farmers will have to wait on pins and needles for flooding relief. The Midwest has always had its fair share of flooding. But scientists have long posited that climate change makes flooding worse, particularly in that region. Over the past three decades, the most serious climate trend for the Midwest has been increased rainfall, according to the Trump administration’s recent National Climate Assessment.

Farmers are better equipped to deal with the fallout of global warming when they know what’s coming down the pike. But if the Trump administration has its way, scientists who contribute to those National Climate Assessments might have to end their predictions at the year 2040. That’s like going to the movies and walking out after the first half — you miss the whole point of the flick. Case in point: Temperatures are expected to rise at the same rate they have been through mid-century. Shit really starts to hit the fan from 2050 on.

As politicians try to figure when, if ever, they’ll decide to take climate change and disaster relief seriously, farmers in the Midwest are just going to be sitting there like:

It rained again last night…. I think we are at 187.97 inches for the spring…. #NoPlant19 #7StagesOfGrief pic.twitter.com/u3rqdlEbuo