Don't mean to alarm you, but there's a big hole in the world's most important glacier 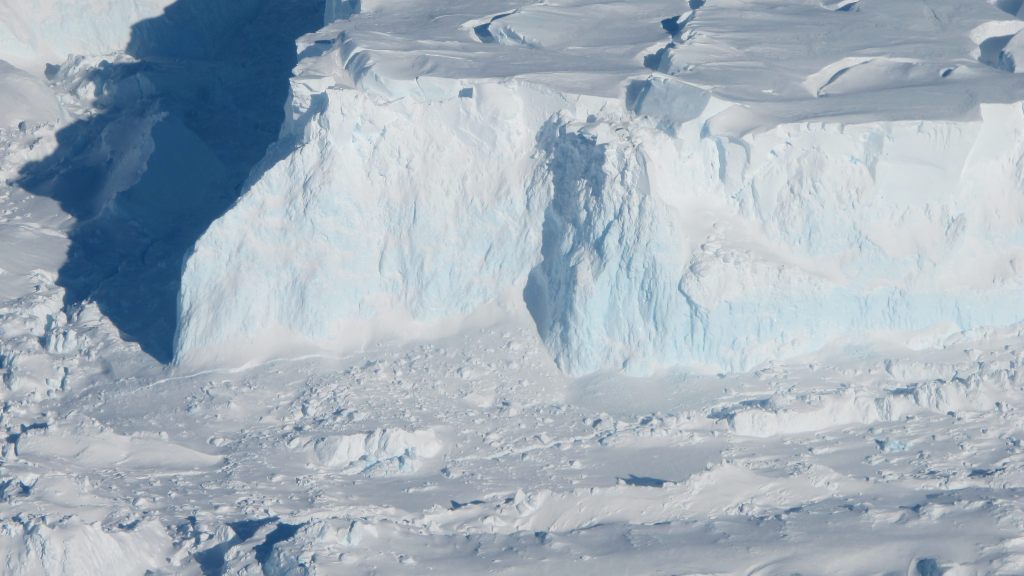 Don’t mean to alarm you, but there’s a big hole in the world’s most important glacier

Civilization’s most important glacier has revealed another worrying surprise to scientists. The Thwaites Glacier, the largest outflow channel of the vulnerable West Antarctic Ice Sheet, now has a gigantic subterranean hole.

The hollowed-out section is two-thirds the size of Manhattan and 1,000 feet tall — big enough to have contained 14 billion tons of ice, according to a new study in the journal Science Advances. The NASA scientists who discovered it think most of the hole formed in just the past three years. As huge as that sounds, it’s just a tiny fraction of the Florida-sized glacier, but it sends an ominous signal that the glacier’s collapse is proceeding faster than expected.

The shocking discovery comes as an unprecedented international effort to study Thwaites kicks off. The melting of this glacier could lead to as much as 10 feet of sea level rise over the next century or so. If we’re unlucky, much of that could happen the lifetimes of people alive today, flooding every coastal city on Earth and potentially grinding civilization to a halt.

“Understanding the details of how the ocean melts away this glacier is essential to project its impact on sea level rise in the coming decades,” Eric Rignot, one of the study’s authors, said in a statement.

In recent years, other scientists have concluded that Thwaites’ collapse is already inevitable, but there remain huge uncertainties as to how much ice will reach the ocean and how fast — from decades to centuries.

The new data, revealed by ice-penetrating radar aboard aircraft flying over Antarctica, point to a previously underestimated method of glacial collapse that scientists’ models don’t adequately factor in. Understanding this new quirk in the glacier’s underbelly will be crucial to refining estimates of how fast the overall glacier will retreat.

“[The size of] a cavity under a glacier plays an important role in melting,” the study’s lead author Pietro Milillo said in the statement. “As more heat and water get under the glacier, it melts faster.”

There was a bit of good news recently: With rapid emissions reductions, chances of catastrophic collapse of the glacier could be reduced to about 10 percent this century.