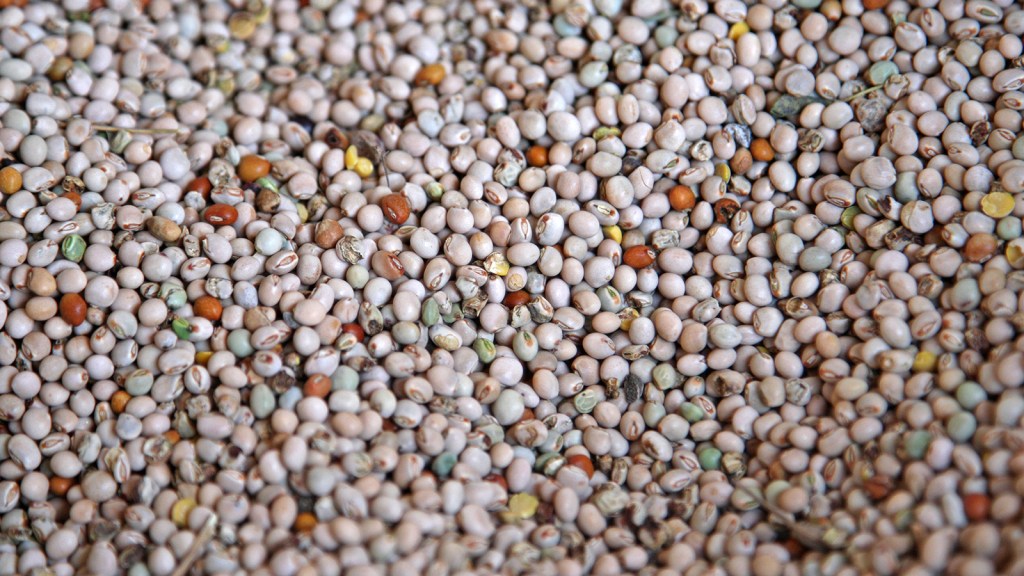 There’s a doomsday seed bank in the Arctic, and it’s just been opened for the first time.

The Svalbard Global Seed Vault is buried nearly 400 feet into the side of a mountain on the Norwegian island of Spitsbergen. Its purpose is to preserve seeds so they survive conflict and disaster, and there are more than 860,000 samples from almost every nation on Earth within.

The vault was recently opened after a seed bank in Aleppo, Syria, was damaged during the war there. Reuters reports:

The Aleppo seed bank has kept partly functioning, including a cold storage, despite the conflict. But it was no longer able to maintain its role as a hub to grow seeds and distribute them to other nations, mainly in the Middle East.

Grethe Evjen, an expert at the Norwegian Agriculture Ministry, said the seeds had been requested by the International Center for Agricultural Research in Dry Areas (ICARDA). ICARDA moved its headquarters to Beirut from Aleppo in 2012 because of the war.

Seeds removed from the vault include wheat, barley, and grasses.

Damage to a seed bank is nowhere near the worst outcome of the disastrous civil war in Syria — which has killed an estimated 250,000 people and led to the current refugee crisis — but it reminds us that violent conflict has all kinds of bad implications for resources and the people who rely on them.