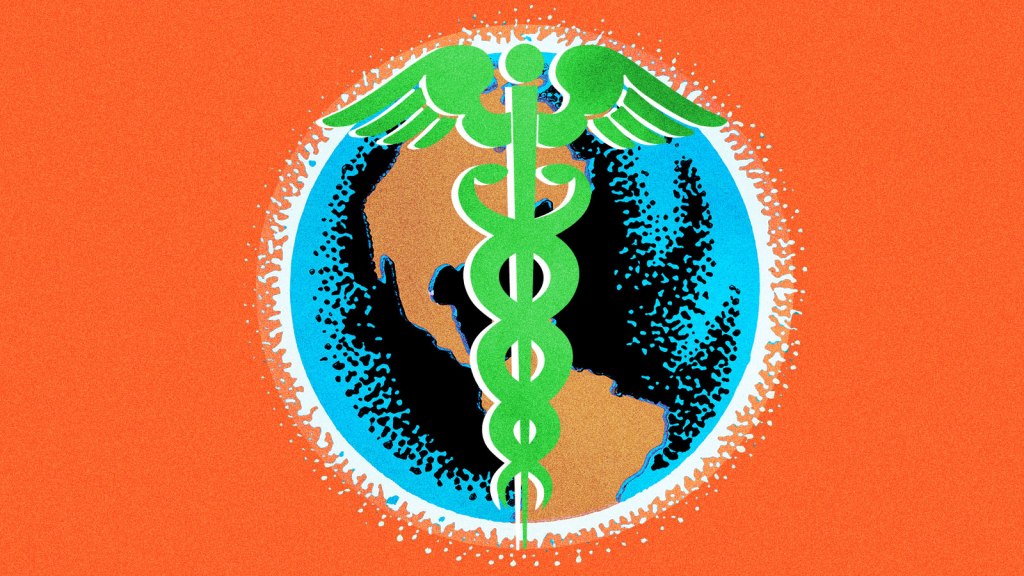 Over 70 medical and public health organizations called on elected (and hoping-to-be-elected) officials Monday morning to commit to combating what they deem to be the “greatest public health challenge of the 21st century.” We’re talking climate action, people — doctor’s orders!

Historically, climate change has been framed as a distant or abstract threat — a problem for plants, penguins and polar bears. But the truth is, the phenomenon is a life-or-death issue for humans as well. A warmer climate is expected to increase the risk of illness and death from factors like extreme heat and poor air quality, contribute to more frequent and powerful weather events that threaten human health, and alter the regional scope of several vector-borne diseases. All these factors will place a higher burden on public health infrastructure.

“The health, safety, and well-being of millions of people in the U.S. have already been harmed by human-caused climate change, and health risks in the future are dire without urgent action to fight climate change,” said the groups, which included the National Medical Association and the American Heart Association, in a letter on Monday.

In the declaration, the organizations outlined potential climate solutions, including strengthening the country’s commitments under the Paris agreement (from which President Donald Trump announced his intention to jettison in 2017) and instituting some form of carbon pricing. However, the groups are not calling for an outright ban on fossil fuels or oil or hydraulic fracturing, an extraction technique which has been linked to increased air and groundwater pollution.

Without urgent climate action, the lives of lower-income families and people in communities of color are disproportionately at risk. “Communities that have experienced systemic neglect and environmental racism have the least responsibility for climate pollution but are the most affected,” the letter reads. “These communities have less access to the political, economic, social, and environmental resources that enable them to cope with climate threats and face potentially unmanageable pressures as the impacts of climate change mount.”

The public health leaders’ new climate-conscious agenda comes just ahead of the first Democratic primary debate, during which many presidential hopefuls are expected to discuss their plans to address the climate crisis.