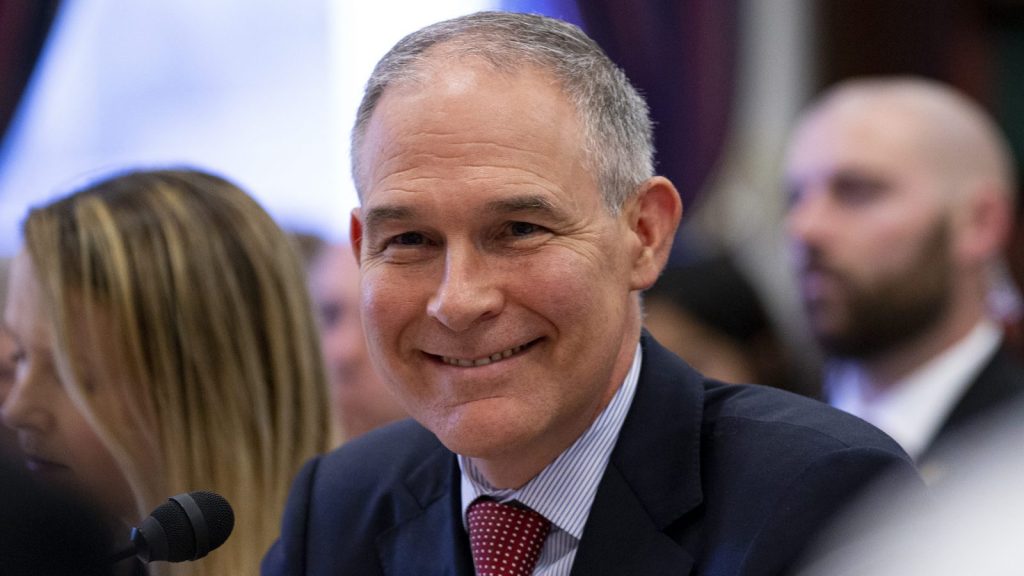 Scott Pruitt convened an EPA national drinking water summit in response to criticism that the EPA and White House had intervened to block a report that disclosed the harmful effects of certain contaminants in drinking water. Now, the summit has become a center of a new controversy. The Associated Press, CNN, and E&E News were barred from covering Pruitt’s speech on Tuesday.

The summit was intended to solicit feedback on a class of chemicals, perfluorinated compounds, PFAS, that can be found in nonstick coatings and firefighting foam. The study, which has still not yet been released by the Trump administration, finds the chemicals can cause health problems and developmental defects at levels far below what the EPA officially considers to be safe.

When AP reporter Ellen Knickmeyer showed up at the EPA building to report on the day’s events, guards barred her “from passing through a security checkpoint inside the building.” When she asked “to speak to an EPA public-affairs person, the security guards grabbed the reporter by the shoulders and shoved her forcibly out of the EPA building.”

The @AP, @CNN and E&E all showed up to cover this @EPA meeting on widespread, dangerous contaminants in many drinking water systems around the country. We were all turned away at the door of the EPA building. https://t.co/j8JthyiM3k

Several outlets still made it in, though they were only allowed to remain for Pruitt’s speech and not for the meetings. The outlets with reserved seats included Wall Street Journal, Politico, The Hill, The Washington Post, Bloomberg BNA, and one of Pruitt’s favorites, The Daily Caller.

“This was simply an issue of the room reaching capacity, which reporters were aware of prior to the event,” EPA spokesperson Jahan Wilcox said in a statement to Mother Jones. “We were able to accommodate 10 reporters, provided a livestream for those we could not accommodate and were unaware of the individual situation that has been reported.”

An hour after emailing this statement, the EPA announced it was opening the second portion of its summit to all reporters and invited Mother Jones to attend.

This is only the most recent event in Pruitt’s contentious history with press, blocking reporters from press lists and from attending the administrator’s events. Emails recently released under the Freedom of Information Act show Pruitt’s staff going to great lengths to limit public access to the administrator over the last 16 months. EPA staff determined whether reporters belonged to “friendly” and “unfriendly” outlets, and discussed strategies for blocking the so-called unfriendly press from events.