Gothic mystery: Will S. 510 put small farmers out of business? Photo: Carol Von CanonWord has it that debate and voting of the Food Safety Modernization Act will begin this Wednesday in the Senate. If passed, S. 510 will greatly expand the FDA’s authority over both processed foods and fresh fruits and vegetables. Will it thus make all of us eaters less likely to get sick? Last week, our esteemed panelists agreed that it will, with some caveats. (For all installments in this Food Fight series, see box, upper right; full bios are here.)

But now we come to one of the most contentious questions surrounding the bill: At what cost? Meaning, are S. 510’s measures so onerous to small farmers and producers as to put them out of business … and thus limit the choices available to us eaters?

Our experts are drawn from both sides of the electrified fence: consumer organizations and victim-advocacy groups that want to see the strongest safeguards enacted possible, and small, sustainable farming advocates who fear that a nascent local-food system will be crushed by Congress’s industrial-scale sausage-maker. (Plus one very scrappy Grist-reading grad student.)

As you will read in the following pages (yes, that’s plural; please note that there are three pages for this epic discussion), they disagree, sometimes violently, about whether S. 510 will do more harm than good. Sens. Jon Tester (D-Mont.) and Kay Hagan (D-N.C.) were concerned enough about the answer to propose the Tester-Hagan amendment to S. 510, which exempts certain small farms and food-processing businesses from the requirements. (PDFs available here and here from Tester’s office.) Problem solved, right? Well no. Some think that the Tester amendment dilutes the bill or would let risky farms slip through the safety nets.

Most issues in food politics are complicated, and this one is no exception. There are no quick soundbites. But if you take the time to read along, you’ll be much better prepared to call your senator and urge him or her to pass or block S. 510 (go to www.Senate.gov for their contact information, or call the Capitol switchboard, 202-224-312). Because while it’s great to vote with your forks, sometimes you have to vote with your voices, in order to shape the policies that determine what even makes it onto your forks.

Lecture over. May the Food Fight commence!

Queston 3: Is S. 510 so burdensome on small farms as to harm them or even put them out of business? Does the Tester amendment mitigate this enough?

Tom Philpott, Grist senior food writer: For me, any food-safety legislation that is blind to differences in scale is atrocious. If I cram tends of thousands of hens together in cages to produce eggs, I am creating egg-cellent conditions for pathogens that endanger millions of people across the nation with a single week’s output. If I produce eggs with an outdoor flock to sell at a farmers market, I create dramatically less hazardous conditions, and risk endangering mere dozens of people.

The risks are different and thus the rules must be different. Large industrial operations that threaten public health as a matter of course must be regulated robustly, but not in a way that wipes out smaller players and consolidates the food industry still more.

Today, thousands of small farms and food purveyors are building out alternative food systems rooted in community development and ecological sustainability, not just profit. I can testify firsthand that they are economically fragile, as they (unlike the dominant food system) operate without government support or subsidy. Without the Tester amendment, S. 510 could end up only slightly reining in the ruinous practices of large players while clobbering these alternative food networks. That would be disastrous.

Jean Halloran, director of food policy initiatives at Consumer Union (publisher of Consumer Reports): We all agree that an industrial egg farm and a farm that sells eggs at a farmers market should not be regulated in the same way. In fact, FDA recognized that — the egg rule that just went into effect this summer only applies to egg farms with more than 3,000 chickens. FDA completely exempted all the very small producers, and some slightly bigger ones too.

S. 510 as written includes instructions to FDA to take size into account, but leaves it up to FDA to actually draw the line as to who it would regulate and who it would exempt, since “big” varies from one type of producer to another.

Many small farmers and processors have been extremely uncomfortable with giving FDA that leeway, and are supporting the Tester amendment to make absolutely sure that FDA does not go nuts and go after every small jam maker in the country. But if we’re going to go that route, then we better be sure that the Tester amendment draws the lines in the right place. It is consumer groups’ view that creating an exemption for food processors and farms that sell more than half their output within 400 miles or intrastate, provided total sales are less than $500,000, goes too far — it will tie FDA’s hands in terms of protecting consumers in certain cases where it might need to act: 400 miles in particular is a big radius. The key question here is how do you insure that FDA will do its job while providing sufficient guidance in the law to insure that FDA is spending its resources in the most effective manner?

David E. Gumpert, health and food issues reporter: I’m sorry, but to worry that the Tester amendment, or whatever, will “tie the FDA’s hands” is laughable. The FDA already has tremendous power (for all its crybaby protests that it doesn’t have enough), and whether there is a Tester amendment or not, FDA will have a huge amount of new power if S. 510 passes.

It’s important to realize that small operations are consumed with survival. When the FDA, or its state representatives, move in on a small operation that isn’t necessarily creating problems, it is usually devastating for the small operation. We are seeing that right now in the FDA’s crackdown on raw milk cheesemakers. It has Morningland Dairy of Missouri and Estrella Family Creamery of Washington on the ropes. The Farm-to-Consumer Legal Defense Fund has taken up Morningla
nd’s cause, but if they weren’t around, Morningland wouldn’t have had a way of fighting back. While corporations have their own lawyers on staff, hiring your own team of lawyers to fight a protracted legal battle with the FDA is beyond what most small concerns can afford.

Remember, the two outfits I am referring to here haven’t made anyone ill.

Michael Bulger, a master’s candidate in food studies at New York University: David, let’s be realistic. Both of those dairies tested positive for listeria monocytogenes (see here and here). If a large factory showed the same positive tests and put their customers at risk, there would be outrage if the FDA didn’t take action.

This is a discussion about S.510. I don’t think we should digress into arguing the specifics of pending legal cases. It might well sell books to paint a picture of the FDA being made up of a group of sinister incompetents lolly-gagging about with their tongues swinging asunder, recklessly smashing the hopes and dreams of the best our food system has to offer. It does not, however, contribute meaningfully to improving our food’s safety. The FDA employs highly educated scientists and qualified public health experts and should be utilized to protect our country.

The issue of the harsher relative economic costs of recalls for smaller businesses is important. If S. 510 becomes law, the FDA is commanded to submit to the U.S. Comptroller General a report on current and possible future compensation mechanisms for businesses. The USDA is to make a similar report, thereby getting the ball rolling from two different directions. Compensation has happened before and the government has paid out to farmers.

Every mandatory recall the FDA orders will result in a prompt hearing at which the business may state any misgivings they might have with the order. In the meantime, companies both large and small should not be allowed to flagrantly distribute contaminated products while the health departments scramble for weeks to force a recall. This happens too often and unnecessarily puts the lives of Americans in very real danger.

Judith McGeary, founder and executive director of the Farm and Ranch Freedom Alliance: S. 510, as it is currently written, will almost certainly put many local farmers and food producers out of business. These small businesses do not have the resources to absorb the time and expense of extensive new federal regulations.

We have only to look at what happened when HACCP was required for slaughterhouses, and the resulting flood of small and medium-size slaughterhouses that went out of business, to predict the results of S. 510 as it stands now. That’s why 130 groups have signed a letter [PDF] in support of the Tester-Hagan amendment to protect small-scale direct marketing food producers. The letter, coordinated by the Farm and Ranch Freedom Alliance and the Western Organization of Resource Councils, is signed by groups such as the Center for Food Safety, Organic Consumers Association, The Cornucopia Institute, Farm Aid, state and local nonprofits, and dozens of local co-ops. It represents the concerns of both the local food producers and the consumers who rely on them for healthy, local food as an alternative to the industrial food system that has created so many problems.

The language that people such as Michael and Jean point to in the latest version of the bill, calling for FDA to consider exemptions, look at economic burdens, etc., certainly makes the bill sound better, but that language has only marginal use in truly restraining FDA’s discretion. I’ve worked on cases dealing with the scope of agency authority, and the courts give a great deal of deference to agencies’ decisions. The language in the bill essentially directs FDA to be nice to local food producers, but it does not provide any clear limits on the agency’s power.

Michael writes: “Compensation has happened before and the government has paid out to farmers.” If you’re referring to the recent settlements to farmers under Pigford and related discrimination cases, it has taken decades for the farmers to get compensation.

S. 510 empowers FDA to seize food because it “has a reason to believe” that the food is misbranded — something which would encompass technical violations that pose no human health threat at all. A small farm or food producer could be driven out of business in a matter of months.

Michael also writes that “The FDA employs highly educated scientists and qualified public health experts and should be utilized to protect our country.” Absolutely they should be. But is there any reason to think they will be under S. 510? 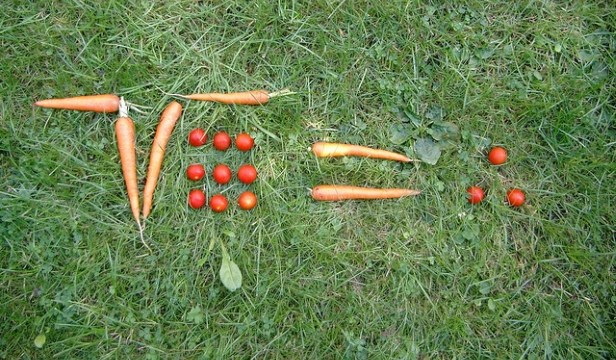 Are locavores wrong in thinking they're helping to save the planet, as a recent NYT op-ed challenged? Experts James McWilliams, Anna Lappe, and others weigh in. 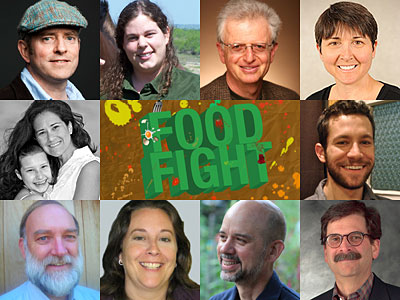 In this first installment in our debate over the Food Safety Modernization Act, our experts lock horns over food-borne-illness data and whether the problems we have with the food system are about dirty, bumpy vegetables -- or dirty, buggy cattle.
See all articles in this series