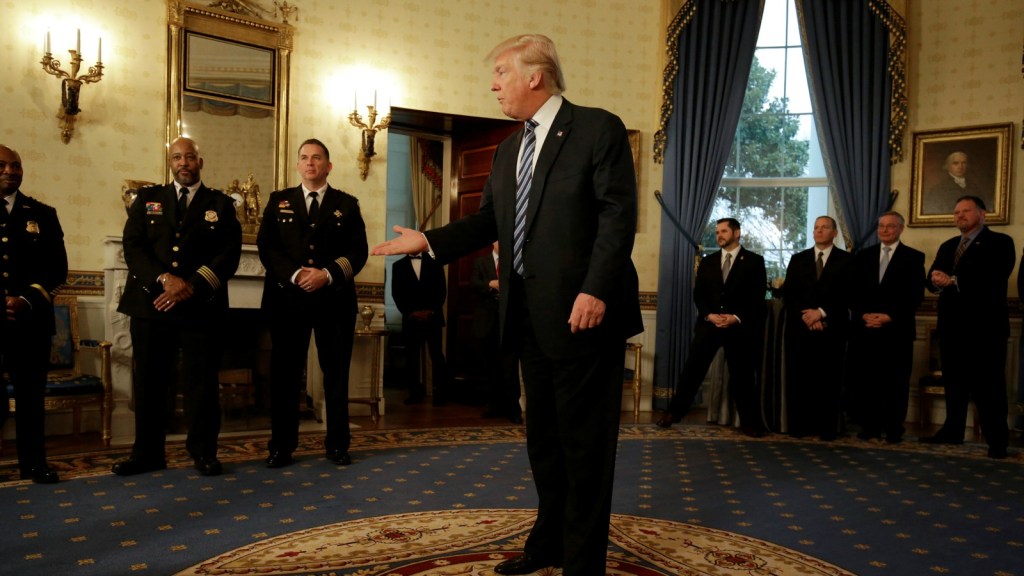 Oil, gas, and coal interests together poured millions of dollars into Trump’s inaugural fund and reenergized their federal government lobbying efforts during the year’s first three months, according to a Center for Public Integrity analysis of federal disclosures.

In all, oil, gas, and coal companies and executives contributed more than $1 out of every $10 raised for Trump’s inauguration, for which he raised nearly $107 million overall. That’s significantly more than the $1 the sector contributed for every $34 President Barack Obama raised overall for his second inauguration, per an analysis from the Center for Responsive Politics.

Corporations buying influence muscle during the early days of a new presidential administration is hardly a new tactic. For example, ExxonMobil — No. 2 on the Fortune 500 list — increased its lobbying expenditures during the months immediately following Obama’s 2009 and 2013 inaugurations, federal records show.

But, increased oil and gas industry lobbying is a sign the industry executives expect the Trump administration to act on matters that could affect their companies’ fortunes.

During his first 100 days in office, Trump and the Republican-controlled Congress have moved to ease or remove restrictions on coal, oil, and gas companies. The efforts, some of which are preliminary or may face legal fights, include:

During his campaign, Trump promised to “drain the swamp” — limiting the power of special interests and the lobbyists they employ.

But Trump chose not to ban or cap contributions to his inaugural committee from corporations, setting laxer limits on donations than his presidential predecessors, including Obama and George W. Bush.

Inaugural committee donors who gave at least $1 million were invited to a long list of exclusive events over the inauguration weekend, including dinners with the vice president and president and a luncheon with “select Cabinet appointees” and “select House and Senate leadership” — the same people making policy decisions that govern their businesses.

Trump is “blurring the lines between commercial oil interests and the state,” said Cassady Craighill, a spokesperson for Greenpeace USA, an environmental organization.

Spokespeople for both Chevron and ExxonMobil described their inauguration contributions as a goodwill effort to work with the new presidential administration and as something they do routinely.

Chevron, for example, donated $1 million to Obama’s second inauguration — more than the company gave to Trump.

And ExxonMobil spokesperson Alan Jeffers said the $3.44 million the company spent on lobbying efforts during the first three months of 2017 is “reflective of the large number of issues impacting ExxonMobil’s business.”

ExxonMobil isn’t alone in its broad lobbying efforts. Oil and gas interests lobbied on topics ranging from energy to transportation and tax reform.

For example, BP contributed $500,000 to Trump’s inauguration, and it also spent $1.7 million during the first three months of the year lobbying in part on “issues related to Arctic oil and gas development.”

Citgo, a subsidiary of state-owned Venezuelan oil company PDVSA (Petróleos de Venezuela), gave $500,000 to the Trump inauguration and spent an additional $410,000 on lobbying. Citgo lobbied both Congress and several federal government agencies on “sanctions related issues” and the “potential impact of U.S. energy and foreign policy restrictions on CITGO Petroleum Corporation’s operations,” according to a disclosure filed with the U.S. Senate.

ExxonMobil reported lobbying on about 40 different bills and issues during the year’s first quarter.

The second quarter is looking just as busy.

Congress is moving toward a debate on tax reform that could put some of the industry’s most cherished tax breaks in jeopardy.

Trump has sent mixed signals on whether he’ll proceed with a campaign promise to withdraw from the North American Free Trade Agreement, known as NAFTA, or attempt to renegotiate it.

But ExxonMobil and Chevron are leaving nothing to chance.

Both listed NAFTA as a lobbying issue in first-quarter disclosure filings.