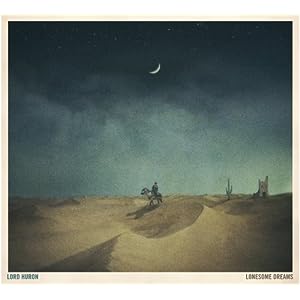 Seattle’s beautiful late summer season is finally over and the gray drizzle is back. It’s getting dark earlier. Flannel shirts are coming out of closets. Fireplace covers are being removed.

As it happens, I recently stumbled across an artist that makes music practically custom designed for this season: Lord Huron.

The brainchild of singer/songwriter Ben Schneider, Lord Huron songs feature the kind of haunting, harmony-drenched choruses that are so popular these days (see: Fleet Foxes, Milo Greene, The Lumineers, half my music collection). Unlike some of those other beardy bands, though, he never lets things get too sleepy. There’s always motion and propulsion underneath, real rhythmic complexity, even when it’s subtle. It’s a bit like Grizzly Bear that way.

Another thing I dig about Lord Huron’s debut album, Lonesome Dreams, is that it’s really an album. It hangs together. The songs flow into one another with virtually no slack or wasted space. There’s not a bum track on it. It’s been a long time since I heard something that compels me to listen all the way through like this.

Anyway, dig it. This song is called “Ghost on the Shore.”