A trope of sci-fi movies these days, from Snowpiercer to Geostorm, is that our failure to tackle climate change will eventually force us to deploy an arsenal of unproven technologies to save the planet. Think sun-deflecting space mirrors or chemically altered clouds. And because these are sci-fi movies, it’s assumed that these grand experiments in geoengineering will go horribly wrong.

The fiction, new evidence suggests, may be much closer to reality than we thought.

When most people hear “climate change,” they think of greenhouse gases overheating the planet. But there’s another product of industry changing the climate that has received scant public attention: aerosols. They’re microscopic particles of pollution that, on balance, reflect sunlight back to space and help cool the planet down, providing a crucial counterweight to greenhouse-powered global warming.

An effort to co-opt this natural cooling ability of aerosols has long been considered a potential last-ditch, desperate shot at slowing down global warming. The promise of planet-cooling technology has also been touted by techno-optimists, Silicon Valley types and politicians who aren’t keen on the government doing anything to curb emissions. “Geoengineering holds forth the promise of addressing global warming concerns for just a few billion dollars a year,” wrote Newt Gingrich in an attack on proposed cap-and-trade legislation back in 2008.

But there’s a catch. Our surplus of aerosols is a huge problem for those of us who like to breathe air. At high concentrations, these tiny particles are one of the deadliest substances in existence, burrowing deep into our bodies where they can damage hearts and lungs.

Air pollution from burning coal, driving cars, and using fire to clear land, among other activities, is the fourth-leading cause of death worldwide, killing about 5.5 million people each year. Nearly everybody is at risk, with roughly 92 percent of us living in places with dangerously polluted air. That alone makes reducing air pollution a necessary goal.

And yet we can’t live without aerosols, at least some of them. Natural aerosols — bits of dust, salt, smoke, and organic compounds emitted from plants — are an integral part of our planet’s atmosphere. Clouds probably wouldn’t be able to make rain without them. But as with greenhouse gases, human activity has resulted in too many aerosols (the excess is air pollution), with the bulk of the human-emitted aerosols lingering in the lower atmosphere, worsening their impact on our health. The result is a devil’s bargain: Aerosols are necessary for normal weather and help moderate rising temperatures, but they’re also killing us.

According to a new study, we might be locked in this deadly embrace. Research by an international team of scientists recently published in the journal Geophysical Research Letters says that the cooling effect of aerosols is so large that it has masked as much as half of the warming effect from greenhouse gases. So aerosols can’t be wiped out. Take them away and temperatures would soar overnight.

Turns out we have been unwittingly geoengineering for decades, and just like in the movies, it’s gone off the rails.

People have been aware of the influence of aerosols for centuries. In the 1200s, Londoners complained about the clouds of coal smoke. In 1783, Benjamin Franklin observed that tiny particles from volcanic eruptions tended to chill the weather. Throughout the late 1800s and early 1900s, dense smoke from coal blocked out daylight in Chicago, Pittsburgh, St. Louis, and scores of other cities.

In 1990, the first report of the Intergovernmental Panel on Climate Change, a select group of the world’s top experts on climate science, said that “there is no doubt that aerosol particles influence the Earth’s climate.”

Mount Pinatubo in the Phillipines erupted the next year, providing a natural laboratory for studying aerosols’ impact. The resulting research gave scientists solid evidence that particles in the atmosphere tended to cool the planet. 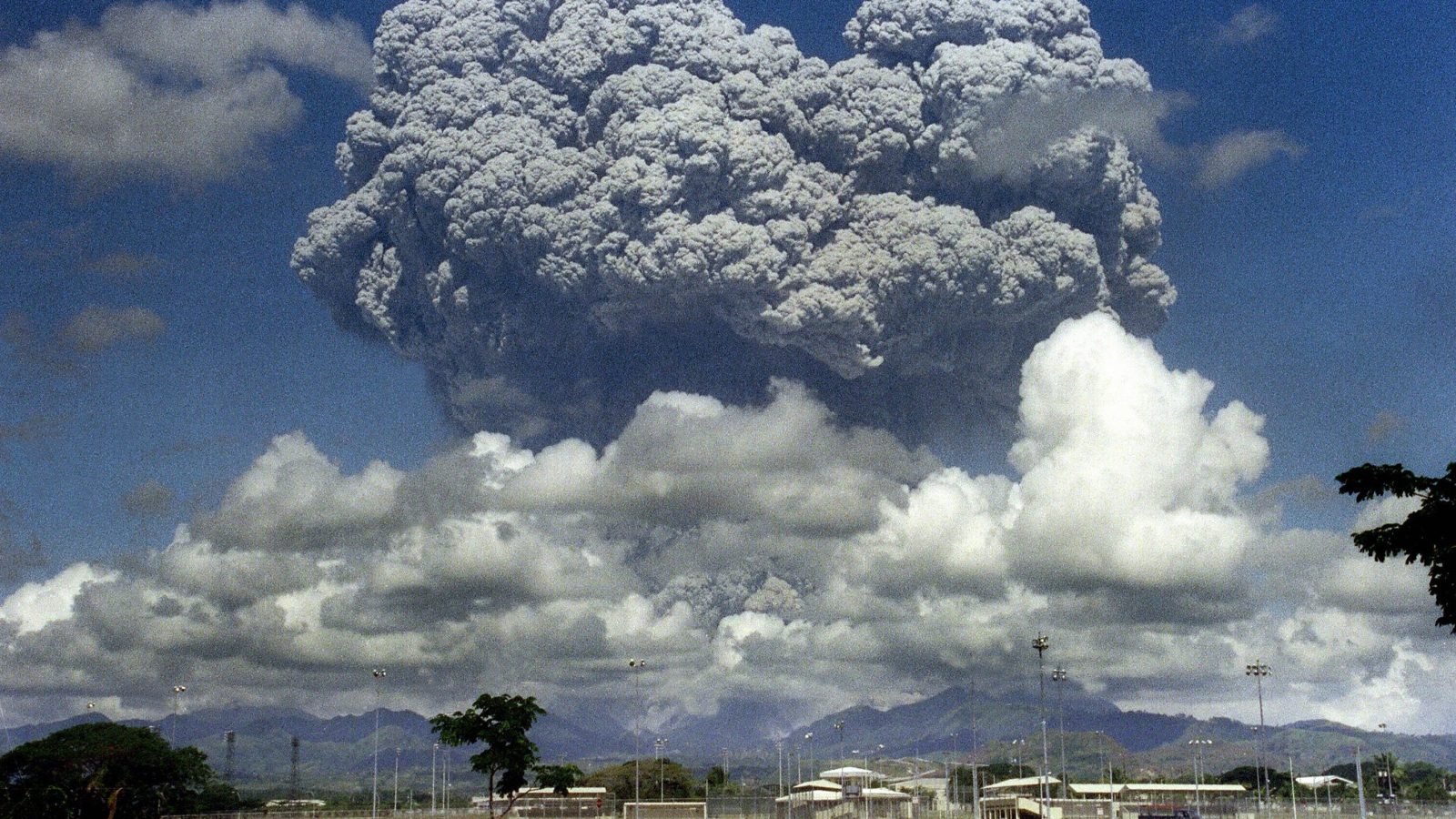 In the decades that followed, scientists continued to puzzle over exactly how aerosols from tailpipes and smokestacks alter the weather, in part because the particles are incredibly difficult to study. Scientists have sought out remote corners of the globe far from industrial pollution, like the seas around Antarctica, to research them. Since aerosols are much bigger than air molecules, they tend to fall out of the sky within days or weeks after they’re released — a relatively short lifespan.

There’s also a 10,000-fold range in their sizes and a wide variety of sources, making their behavior relatively unpredictable. Black carbon aerosols from forest fires, for example, tend to suppress cloud formation by warming the air and making tiny water droplets evaporate. Sulfate aerosols from burning coal can make clouds grow bigger and rainstorms stronger. There’s documented evidence that thunderstorms in China vary on a weekly cycle, in tune with factory schedules.

What’s clear is that they’re cooling us off. If we magically transformed the global economy overnight, and air pollution fell to near zero, we’d get an immediate rise in global temperatures of between 0.5 and 1.1 degrees Celsius, according to the new study. (For reference: The climate has warmed about 1.2 degrees Celsius since the start of the Industrial Revolution in the 19th century.) The warming would be concentrated over the major cities of the northern hemisphere, close to where most aerosols are emitted. In the hardest hit parts of highly-urbanized East Asia, for example, the complete removal of aerosols would likely have a bigger effect than all other sources of climate change combined. Temperatures in the Arctic could jump as much as 4 degrees Celsius — a catastrophe that would shove the region further toward a permanently ice-free state.

“It is well understood that [aerosols’] presence is masking a substantial amount of greenhouse gas warming,” says Cat Scott, a research fellow at the University of Leeds whose own work has helped scientists understand the cooling effect of aerosols. 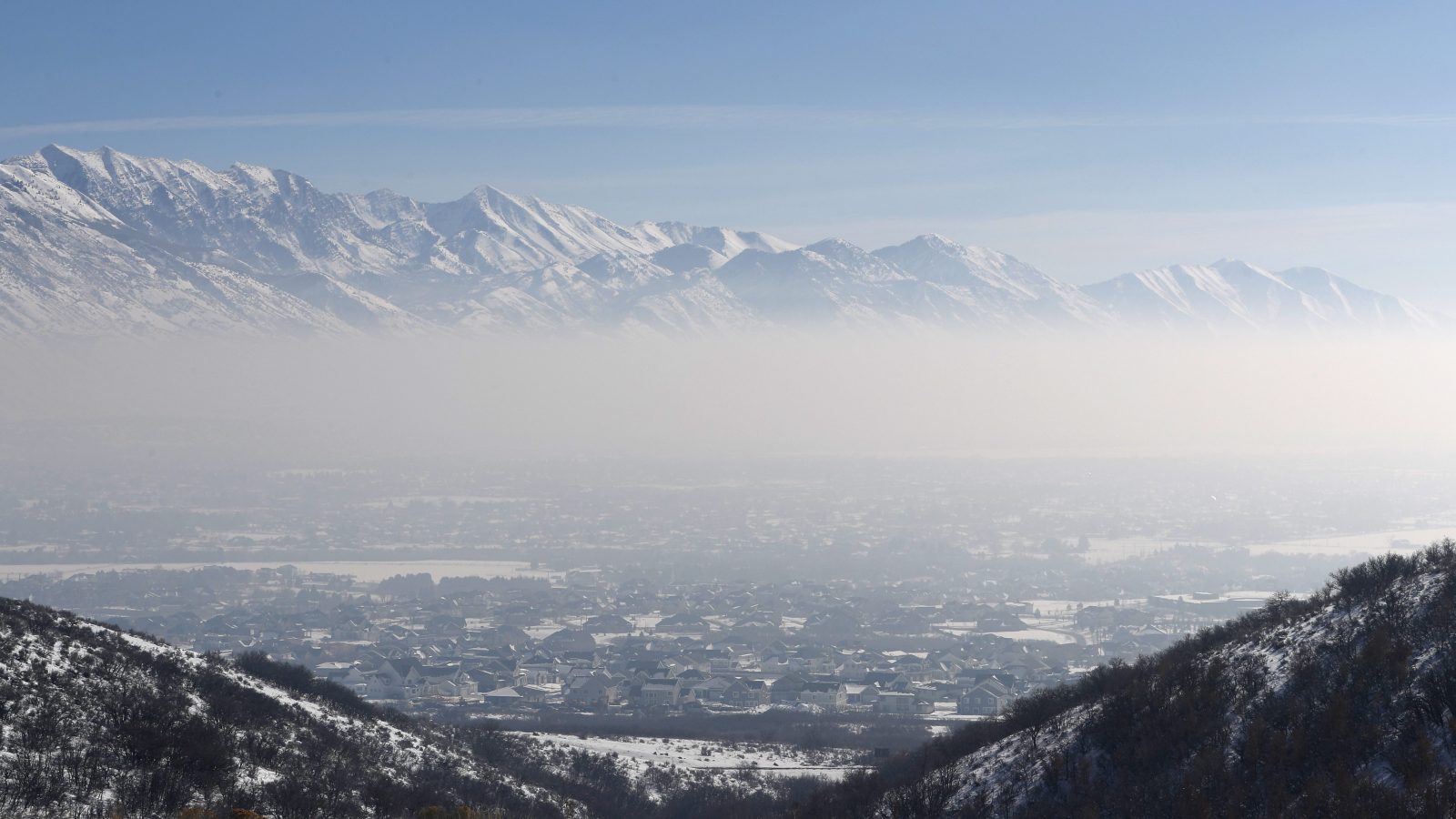 This puts our increasingly interdependent global civilization in a tough bind. Get rid of carbon emissions to fight global warming and you get rid of aerosols, pushing temperatures back up.

So what do we do?

In this instance, Hollywood gets it right. Our reluctance to reduce carbon emissions fast enough makes the two goals of eliminating air pollution and limiting global warming mutually exclusive. On our current path, disaster is inevitable. The only choice might be to engage in a delicate and risky gamble. It would involve gradually eliminating pollution from factories and tailpipes; replacing them with artificial aerosols in the upper atmosphere where they’re much less likely to damage human health; and then hope nothing (else) goes seriously awry.

Instead of geoengineering being a last-ditch effort to avert the worst ravages of climate change, it’s going to have to be part of our toolkit to solve the problem.

The good news here is that previous attempts at removing harmful aerosols have proven largely successful, especially in the United States and Europe. The U.S. Clean Air Act, one of the most important fruits of the 1970s environmental movement, led to a sharp and nearly immediate fall in air pollution, likely saving millions of lives.

Not coincidentally, global temperatures began climbing in the late 1970s after the Clean Air Act was passed, ending a relatively stable 30-year period of global temperatures. Those post-war years were marked by the country’s rapid, coal-fueled economic growth, which bathed the northern hemisphere in aerosols.

This pattern is now repeating itself in Asia. Coal-powered China’s rapid economic rise over recent decades, and the resulting aerosol emissions have blackened skies in Shanghai, Beijing and other megacities — and probably contributed to a brief slowdown in the rate of global warming. China has responded to public outrage over the country’s airpocalypse by putting pollution controls in place. And there’s initial evidence that they’re beginning to work.

Samset thinks the immediate health benefits of curbing air pollution mean that China will likely stick to these efforts, in spite of the potential warming effects. “It’s very plausible that Asian aerosol cleanup — which saves lives directly by reducing air pollution — can get prioritized over strong greenhouse gas cuts,” he explains.

If that happens, prepare for another surge in warming.

The second part of the film-inspired formula — pumping artificial aerosols into the upper atmosphere — should also work, in theory. Balloons and airplanes could spray benign aerosols like calcium carbonate (essentially crushed limestone), that would be carried by the wind throughout the upper atmosphere. One recent study estimated it would take 6,700 business jet flights per day — outfitted with spraying equipment — to keep enough aerosols in the stratosphere to cool the climate by one degree Celsius. The cost: $20 billion per year, more or less in-line with Gingrich’s estimate from a decade ago. It’s just that there’s plenty of uncertainty over what would happen next.

What was once the realm of scary science fiction and conspiracy theory is now entering the mainstream of atmospheric study — only those now conducting the experiments are clear about the risks.

Frank Keutsch, a chemist involved with the Harvard experiment told the Harvard Gazette that “geoengineering is like taking painkillers.” They don’t fix the underlying cause and they may even make things worse.

“We really don’t know the effects of geoengineering,” he said. “That is why we’re doing this research.”

And if geoengineering with aerosols works to offset warming? That, too, could have disastrous side effects, according to another recent study published in Nature Ecology and Evolution.

Embarking on a planetary-scale aerosol geoengineering project would produce “a wide range of unintended regional consequences,” Samset says. One of the biggest risks is that the cooling would work too well, producing shifts in ecosystems at “unprecedented speeds,” according to the Nature Ecology and Evolution study. That could be a fatal shock to animals and plants already stressed by decades of warming.

“I could imagine global conflicts breaking out over these type of actions,” says Susanne Bauer of the NASA Goddard Institute for Space Studies, one of Samset’s co-authors. “On the other hand, I do believe geoengineering must be studied, just to be aware and educated about the possibilities.”

The new findings on aerosols don’t change a simple fact: There’s overwhelming consensus among scientists and policy experts that humanity is not doing enough to address climate change. After 25 years of global negotiations, greenhouse gas emissions are still rising. Extreme weather is now considered the biggest risk to the world economy. And of course the leader of the world’s largest economy thinks the whole thing is a hoax.

Time is running short, but that doesn’t mean we should be reckless. We are fast entering a world in which there are no good options remaining to tackle climate change. Geoengineering is dangerous, but so are aerosols, and so is accelerating climate change. Absent a real-life Hollywood miracle, we’ll likely need to try some interventions that would have been better left to the movies.