Get used to saying 'bomb cyclone.' This is our climate now. 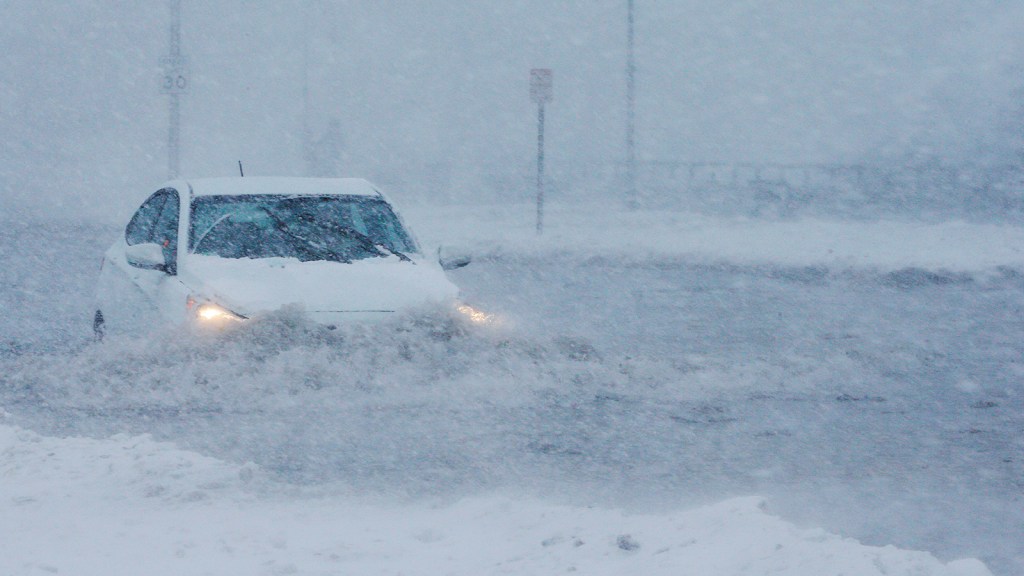 Get used to saying ‘bomb cyclone.’ This is our climate now.

Now that one of the strongest nor’easters on record has swirled off to Canada, it’s time to talk about what everyone was thinking during the storm: Is this just what happens now?

Short answer: yes. Get used to it. Wild storms like this week’s massive coastal cyclone will be part of winters in the Anthropocene.

This storm’s frightening name — the “bomb cyclone” — was derived from an obscure meteorological term and caught on after President Donald Trump’s terrifying tweet about nuclear weapons. The storm wasn’t as scary as all that, obviously, but it still spread havoc.

The storm ravaged a swath of the country from Florida to Maine. In South Carolina, rare snow blanketed downtown Charleston. In South Florida, stunned iguanas fell from the trees.

Boston also witnessed its largest coastal flood in history. Amid the usual scenes of buried cars and cute dogs playing in the snow, we also saw waves crashing through a seawall into homes and fire trucks plowing through flooded streets on their way to high-water rescues. At one point, the National Weather Service in Boston warned people not to ride the icebergs that were floating in on the high tide. That’s … unusual.

Storms like this one have always threatened to flood coasts. Seven of New York City’s 10 worst coastal floods on record have been from nor’easters. With rising seas and warming wintertime oceans juicing the power of cyclones, there’s good reason to expect that huge winter storms will pose an increasingly severe risk to coastal communities in the Northeast. In fact, it’s exactly what we expect will happen with climate change.

It’s normal for winter storms to gather strength in a hurry — dozens of them do so every year around the world. But the “bomb cyclone” intensified at a rate far exceeding any storm to come close to the East Coast since the advent of weather satellites in the 1970s. After a day of searching, the National Weather Service found a similar storm from 1989 about 600 miles off the coast that didn’t affect land.

Meteorologists and weather geeks spent the storm marveling at the view from space, but as with every big storm of our new era, this one felt like a harbinger.

Atlantic Ocean temperatures right offshore were as much as 7 degrees Fahrenheit warmer than normal for early January, causing hurricane-force winds and snow squalls so intense they fired off lightning bolts over parts of New York and Rhode Island. Forecasters dispatched a Hurricane Hunter airplane to investigate the storm.

All this atmospheric drama overshadowed two other storms underway at the same time. A sprawling cyclone even stronger than the “bomb cyclone” plowed past Alaska, where the ocean should be covered in ice this time of year. In Europe, a powerful ocean storm made landfall in the British Isles. It arrived with a cold front whose strong winds fanned midwinter wildfires on the French Mediterranean island of Corsica and closed down ski slopes in the Alps for fear of avalanches.

For some, all this evidence of an overheating world is too much to accept.

In comments on the Senate floor this week, Senator James Inhofe of snowball fame, riffed on another recent presidential tweet in the context of the current cold snap. “Where is global warming when we need it?” he said. “We sure needed it this last week.”

Increasingly, it seems like the only time you hear a climate denier talk about climate change is when a snowstorm hits. Hey, look! It’s really cold outside. This snowball sure isn’t warm; therefore the world isn’t warming.

Winter may be the last refuge of climate deniers, so it makes sense that they’ll work harder to seize on cold-weather storms. It’s a window into their view of the world. Appearance is enough evidence. It’s all that really matters. Given what’s at stake in the oceans and on land, such views should be seen for what they are: a threat to our safety, just as real as any bomb.