The Great Plains had long been spared the agony of frequent wildfires — until recent years.

A satellite analysis published by scientists this week showed the number of large wildfires burning up swaths of the Great Plains rose 350 percent during 30 years, while the total area burned each year increased fourfold. 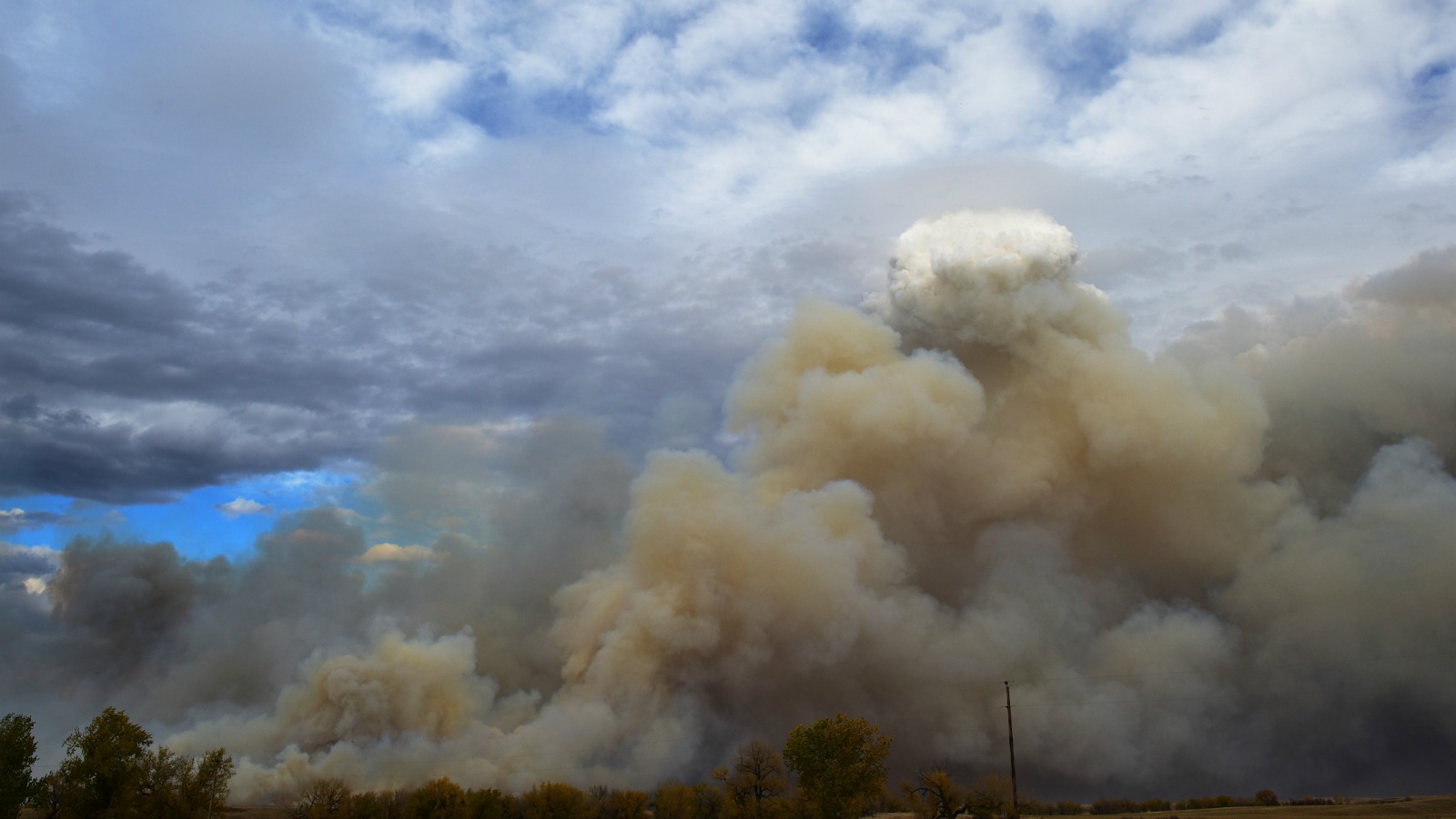 “There haven’t really been very many large wildfires in the Great Plains — until recently,” said Victoria Donovan, a PhD candidate at the University of Nebraska who led the analysis, published Friday in Geophysical Research Letters.

A variety of factors are thought to be behind the wildfires, including warming caused by fossil fuel pollution, growing populations and the expansions of cities and towns, invasions by fire-prone weeds, and the aftereffects of a century of firefighting, which allowed flammable trees and dry grass to build up in wilderness and rural areas.

“Obviously, it’s being driven by some sort of change,” Donovan said. “It’s largely been seen as a low-risk area for wildfire. We’ve had highly successful suppression efforts over the past century.”

The spreading rash of fires across the flat and grassy states west of the Mississippi River has jolted a region unaccustomed to them, even as it has been overshadowed in the news and dwarfed in firefighting budgets by bigger wildfires tearing up the West Coast.

“The low frequency tends to lull all of us into a sense of complacency,” said Michele Steinberg, manager of wildland fire operations at the nonprofit National Fire Protection Association. “We have a long way to go with education, particularly for folks where they have not seen a lot of fire.”

Because wildfires have been relatively rare in the Great Plains until recently, many states and counties have come to depend heavily on each other for assistance when they strike. “They rely on their neighbors,” Steinberg said. But the shared firefighting resources are becoming strained as more fires need to be fought.

“You’re seeing conditions that are just right for not only ignition of fire, but also fire spread,” Steinberg said.

The new analysis also examined rising instances of wildfires in states from Texas to North Dakota, altogether spanning nearly a third of the country, including some of its most remote areas.

The study showed there had been a “pulse” during the last decade in the number of fires and acres burned in the Great Plains, said Dirac Twidwell, another University of Nebraska scientist involved with the study.

“It’s not individual fires getting bigger, like some might expect, it’s just a result of having more fires,” Twidwell said. “Fire departments don’t have the kinds of staffing and resources that states with a history of wildfire do.”

The rise in wildfires in the Great Plains mirrors similar changes underway elsewhere in the U.S. and abroad as the climate and environment change, and as humans spark fires at times of year when they wouldn’t naturally strike, reshaping landscapes and ecosystems.

“2016 was a big fire year in the Great Plains, and 2017 has been no slouch,” said John Abatzoglou, a University of Idaho scientist. He wasn’t involved with the new analysis; his research has shown fire risks are greatest in the Great Plains when hot and windy conditions follow wet years. “The increases over the past three decades in the region are similar to those in neighboring regions.”

Editor’s note: An earlier version of this story incorrectly referred to fires in Arizona. They were not part of the Great Plains analysis.