Scott Porter remembers the last time he felt completely well. It was a warm, clear day with sparkling blue skies in June 2010. A deep-sea diver and marine biologist, he was taking a TV news crew out on a 30-foot catamaran to one of his favorite spots in the Gulf of Mexico, a coral reef growing on an abandoned oil platform at Main Pass 311. It lies about 40 miles north of the Deepwater Horizon drilling rig, which had exploded six weeks earlier. The rig’s severely damaged wellhead a mile below the surface was still gushing thousands of barrels of oil a day — and ongoing coverage of the accident continued to generate headlines. Federal officials had assured Porter that the water around the reef was safe, but the acrid smell of crude permeated the air. The minute he plunged into the murky seas, he found himself immersed in a 40-foot-thick mucous plume of oil and chemical dispersants.

“At midday, it’s normally light enough to read a book even 60 feet below,” Porter says. “But the oil blocked out so much sunlight, I couldn’t read my gauges.” Porter recalled the incident while picking over heaping platters of boiled shrimp and crawfish, specialties at Big Al’s, a popular Cajun-style eatery in Houma, about 60 miles southwest of New Orleans — and in the heart of Louisiana oil country. Porter, who consults for oil companies and environmental groups, lives nearby in this bustling metropolis of 30,000. It’s a starting point for fishermen headed to the Gulf and for oil crews that bunk in chain hotels crowded along the town’s main drag before heading out to the rigs for two- to three-week stints.

Porter has spent a lot of time underwater — more than 6,000 dives over a 20-year career, he estimates — but that dive was different. “I felt like I was marinating in a vat of industrial solvents,” scowls the 49-year-old native of the Texarkana twin cities. When he got home that night, he developed a terribly itchy skin rash. He felt as if his lungs were seared by fire, with an intense burning sensation in his chest that he knew from experience was chemical pneumonia, caused by inhaling harsh solvents. But he kept diving. And after each subsequent dive, he developed more ailments — chest colds, a burning throat, pounding migraines, bone-deep lethargy, and nausea.

Many other Gulf residents are stricken with some of the same odd symptoms — and more. They include migraines, skin rashes, bloody diarrhea, bouts of pneumonia, nausea, seizures, muscle cramps, profound depression and anxiety, severe mental fuzziness, and even blackouts. 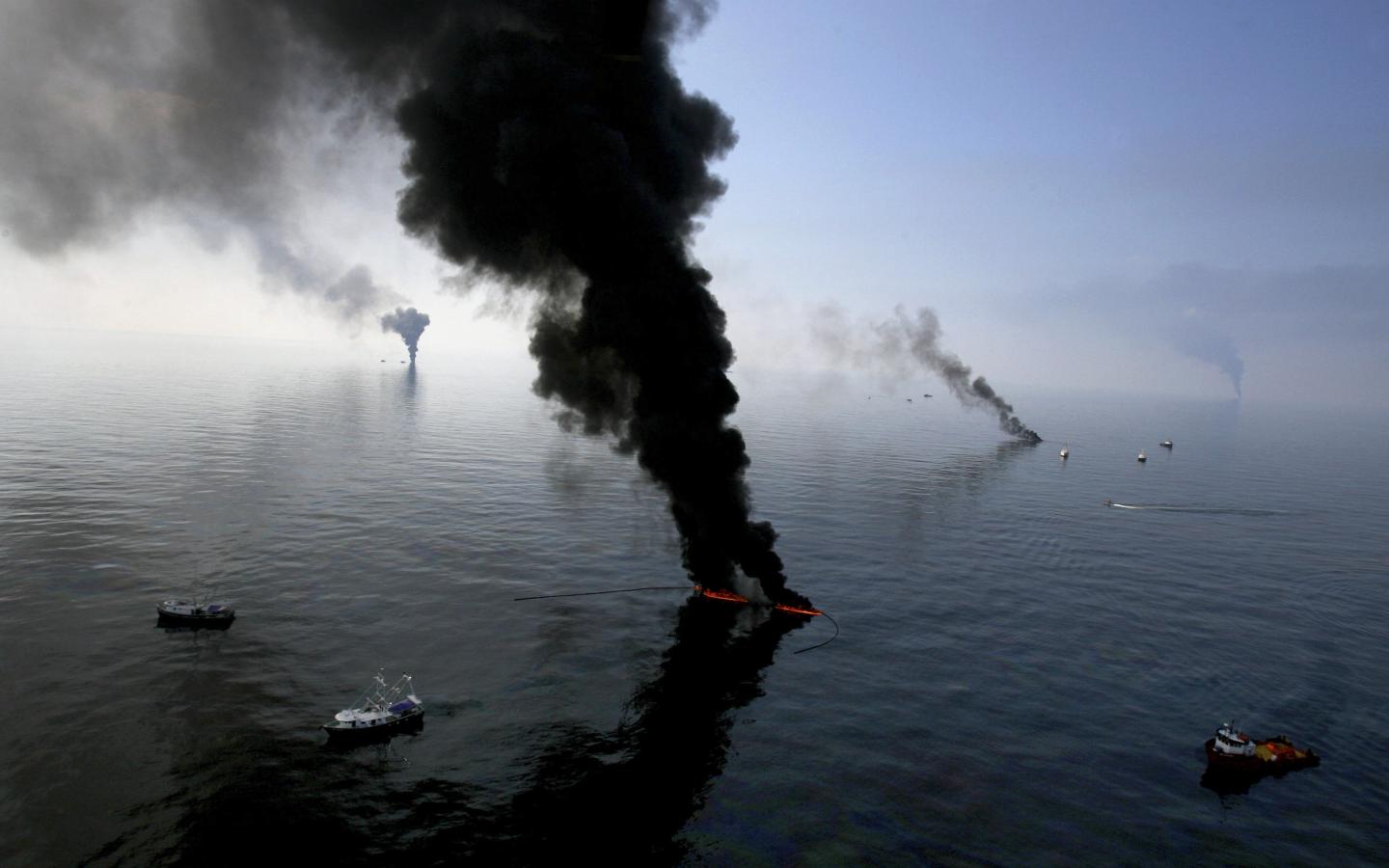 The oil spill, the worst in maritime history, dumped 4.2 million barrels of oil, and officials released 1.8 million gallons of Corexit, a chemical dispersant used to break up the oil, into the Gulf before the well was sealed. Six years later, controversy still rages about the wisdom of carpet-bombing the Gulf with these chemicals, and newly released documents reveal that government scientists expressed concern at the time about the health consequences of mixing such large quantities of dispersants with the millions of barrels of sweet crude. Occupational health experts now believe it created a toxic mix that sickened thousands of locals — including some of the 47,000 people that worked in some capacity on BP’s cleanup operation — crippling them with chemically induced illnesses that doctors are unable to treat.

“There is a core of very sick patients who undoubtedly will be ill for the remainder of their lives as the result of exposure to chemicals involved in the Deepwater Horizon tragedy,” says Michael Robichaux, an ear, nose, and throat specialist in south Louisiana and a former state senator.

In the initial aftermath of the spill, Robichaux treated dozens of people, including Porter. They ranged from a 3-year-old boy, who had seizures from swimming in a pool next to an oil-soaked beach, to a cleanup worker who was blinded when his optic nerves were irreversibly scarred after exposure to chemicals near the oil booms. A family friend, the wife of a fisherman who worked on one of the cleanup boats, had developed a leukemia-like blood disorder that apparently stemmed from washing her husband’s oil-drenched clothes. “A lot of the women were no longer menstruating, or their menstrual cycles had gone out of whack,” recalls Robichaux. “I was seeing a lot of people — children even — who had seizures, dizziness, and all sorts of other neurological problems.”

Porter buttonholed everyone he could think of — medical specialists, federal officials, local politicians, and even his sister-in-law, who is a family doctor in Memphis, Tennessee — to find out exactly what he had been exposed to but never got satisfactory answers. “I knew the dangerous nature of these compounds, but they kept telling us it was perfectly safe,” says the marine scientist. He then made the connection himself, especially when his dive partners began experiencing even scarier symptoms, like uncontrollable ear and nose bleeds and bloody stool.

“That set off alarms,” recalls Porter, who came to the bleak conclusion that he was being sickened simply by being in the water. He found out later that the National Oceanic and Atmospheric Administration wouldn’t allow its divers in the contaminated waters, according to documents obtained by the Government Accountability Project. In the years since, he’s suffered from chest pains and bouts of vertigo, and in the middle of conversations he sometimes experiences memory lapses that make him feel as if his brain were stuck in first gear. “I forget everything the minute I read it,” he admits, “and my girlfriend says I’m getting worse.”

Many of the ailments plaguing workers and residents in the Gulf region mirror what has been seen after previous spills, such as that of the Exxon Valdez, where many workers claimed they suffered from brain damage from exposure to the neurotoxins in the oil. Others suffered from infertility, endocrine disorders, heart damage, chronic respiratory ills, premature aging, a decline in cognitive function, long-term depression, and nerve damage, according to numerous studies.

“Exposure to organic solvents causes the same intellectual effect as lead poisoning,” says Michael Harbut, a professor at Michigan State University and an environmental and occupational health expert who served as a consultant for the plaintiffs on the medical class-action suit filed against BP. Among those who were most heavily exposed, he warns, “we’ll see chronic adverse health effects, including liver and kidney disease, birth defects, and developmental disorders. Over time, we’ll see a bump in certain cancers that are related to industrial solvents, such as leukemia, lymphomas, and lung and skin cancers.” 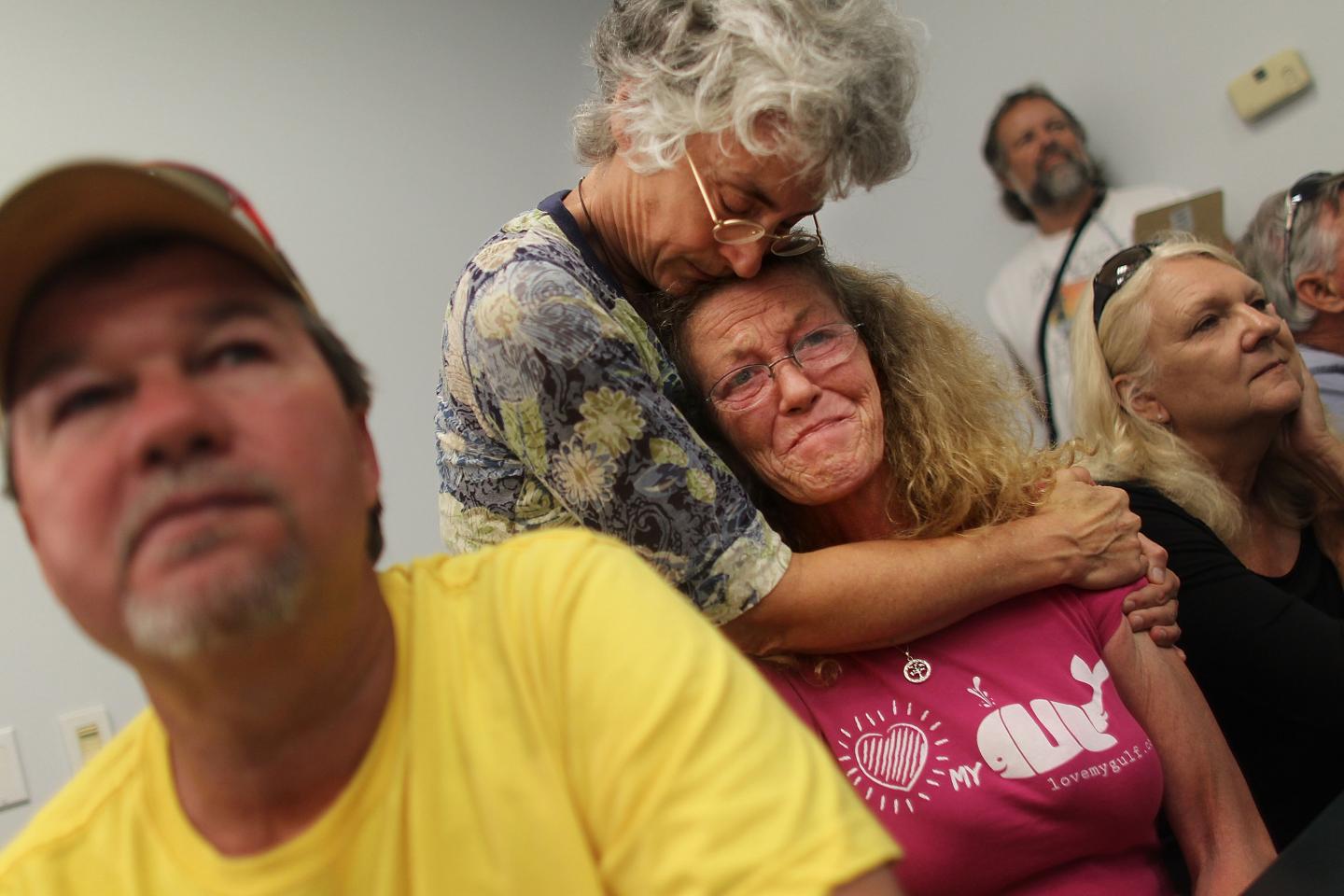 Combining dispersants with oil unleashes hazardous substances contained in crude, such as heavy metals, benzene, hexane, and toluene, which are known carcinogens that can also cause brain damage. Dispersants like Corexit are a mixture of solvents and surfactants that break down the oil into tiny droplets to make them more easily absorbed into the ground and eaten by microorganisms. But it also makes the toxic parts of the oil small enough to seep through the skin and spread throughout the body.

What’s worse is that when the ocean water evaporates, the chemicals become aerosolized and are carried aloft by the high winds on the Gulf, sickening people who inhale the tainted air. “We were getting calls night and day. The fumes were choking folks along the coast, and people were trapped,” recalls Marylee Orr, a longtime environmental activist in Baton Rouge and executive director of the Louisiana Environmental Action Network. “It’s not like they could just walk away from their homes or their jobs.”

Even in May 2010, in the first few weeks of the cleanup, government scientists were already worried about this toxic brew, newly released documents reveal.

By October 2010, so many locals had gotten ill and filed lawsuits that the district court judge pulled them together into a class-action suit to avoid clogging up the courts with piecemeal litigation. In 2012, BP agreed to a complex class-action $7.8 billion medical settlement that would compensate victims up to $60,700 per person and allowed people to file further claims if they developed more serious problems. More than 37,500 victims have filed claims, according to the latest figures from the claims administrator, yet only a tiny fraction of the claims have been paid. Countless more have opted out of the settlement and are pursuing individual lawsuits, and it may be many years before they see any money.

“These health problems are ongoing and in some cases getting worse,” says Shanna Devine, an investigator with the Government Accountability Project. “Based on the dozens of people I’ve spoken with and their neighbors, the cancer rates are going up dramatically since the spill took place. The legal battle has been horrible — people can’t make their mortgages, and the economic impact has been devastating.”

Both the Environmental Protection Agency (EPA) and BP insist that Corexit itself is as safe as dishwashing liquid; the ingredients in the dispersants are also found in household cleaners, hand lotion, and cosmetics. But the safety manual put out by Nalco, the maker of Corexit, lists some of these chemicals’ health effects: chemical pneumonia, eye irritations, dermatitis, nausea, and internal bleeding. One type of Corexit even contains butoxyethanol, which has been linked to a host of hazards, including respiratory ills, headaches, infertility in women, and miscarriages.

The EPA held recent public hearings raising questions about the wisdom of using dispersants to contain spills. Proposed EPA rule changes would create tighter standards for toxicity tests, stricter environmental monitoring, periodic reviews of how dispersants are used during spills, and a ban on their use in freshwater, among other provisions. But they won’t go into effect until 2018.

In the meantime, public health experts continue to grapple with the health consequences of this disaster. The National Institute of Environmental Health Sciences is in the midst of a 10-year study tracking 33,000 people exposed to the oil. Researchers recruited participants from every part of the Gulf, ranging from fishermen and cleanup workers to people working on rigs siphoning off oil and operating the vessels and aircraft that were spraying dispersants into the water. They’ve already found higher rates of respiratory problems, skin conditions, and depression. But it could be several years before they confirm what other ills came from the disaster. Until then, officials cannot be sure what they should have done differently. The next oil spill could be little more than an opportunity to make all the same mistakes.

Can I recycle baby food pouches?