Residents weren’t alarmed when it started raining in Kauai a month ago. It rains there often. In fact, Mount Waialeale peak on the Hawaiian island’s Na Pali coast is one of the wettest places on earth, netting about 450 inches of rain per year.

But then it kept raining. So much, in fact, that the 50 or so inches Kauai got in a 24-hour period in April may have set a new national record. Water rose higher than 6 feet on parts of the island’s north shore, drowning cars, flooding houses, and triggering massive mudslides. More than 340 residents had to be evacuated. The damage was so severe that the Trump administration signed a disaster declaration for the island.

Aside from the damage to people’s lives and property, the flooding also left a lasting impression on Kauai’s plants, many of which do not grow anywhere else in the world.

Decades ago, massive floods wouldn’t have posed as grave a threat to the island’s native plant species. But Kauai is in the midst of an extinction crisis. Invasive species — carried to the island on purpose or accidentally by travelers — are steadily choking out the unique flowers, shrubs, and trees that define the ecological makeup of the island. When a flood wipes out acres of terrain, those invasives creep in and claim precious territory.

Kauaians are fighting hard against the rising tide of climate-fueled weather events and invasive species. The Plant Extinction Prevention Program (PEPP), is a 15-year-old group run by 10 experts in plant ecology and resource management. Armed with drones, helicopters, ropes, and tin foil (for a procedure called air layering, which help plants “root”), it works to save Kauai’s most endangered plant species before the next flood snuffs them out for good. 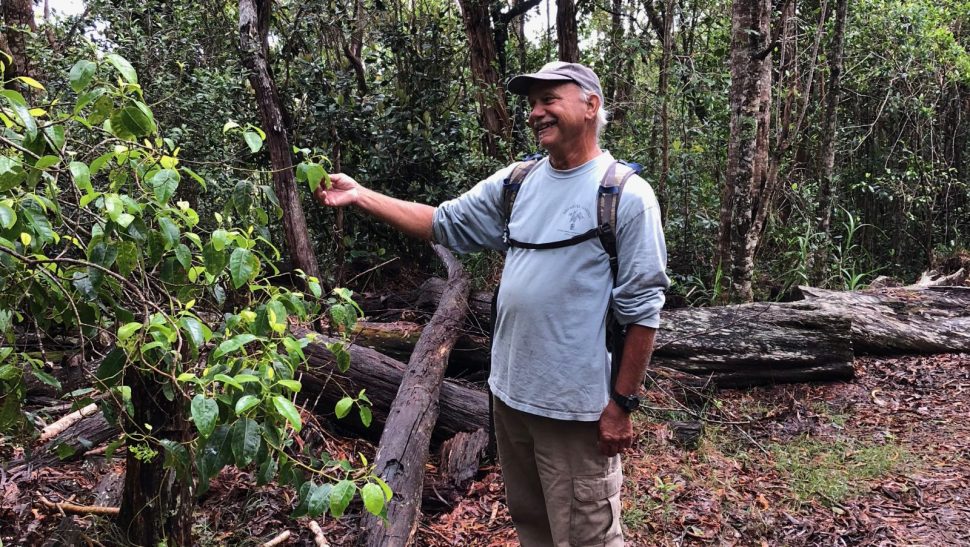 Steve Perlman has been rescuing plants for 40 years. He pioneered a method of plant reconnaissance that involves rappelling down sheer cliffs to pollinate and preserve at-risk species like the Alula, a critically endangered Kauaian plant that looks like an ancient, tropical cabbage. Perlman and his colleague, Ken Wood, have saved hundreds of endangered plants throughout their careers. Many would have disappeared forever had it not been for the two men’s willingness to risk their lives to find them.

But today, invasives have made it harder for botanists to access parts of the Kauaian landscape. “We used to be able to walk around easily in the forest,” Perlman says. Now, a number of introduced species, including himalayan blackberry brambles and lantana, an aggressive weed with deceptively delicate flowers, crisscross the forest floor and obscure paths and clearings. Tantalizing edible crops like strawberry guava and kahili ginger, brought to Kauai by residents hoping to grow more fruit, attract feral pigs that trample delicate shrubs, making room for thorny vines.

PEPP’s $1 million annual budget goes toward rehabilitating rescued species and transplanting them back into the wild. It’s also used to charter the occasional helicopter, one of the only ways to access endangered plants that grow high up in Kauai’s mountains.

In previous years, more than 90 percent of PEPP’s funding came from the U.S. Fish and Wildlife Service, but that support has become harder to get every year. The organization has had to turn to state partners and private donations to fill its funding gaps. The FWS person previously in charge of overseeing Perlman’s program, Loyal Mehrhoff, quit in 2014 — a decision he says was fueled by the way his higher-ups approached the program. According to Perlman, Mehrhoff’s replacement has signaled that PEPP’s funding is almost surely going to be cut.

“[PEPP] is probably the most important program the Fish and Wildlife Service funds,” Mehrhoff says. “And for some reason, the program no longer seems to be a priority.”

In a move that highlights the crucial role PEPP plays in preserving Hawaii’s ecology, the state’s Department of Land and Natural Resources has pledged to adopt the program if funding from FWS falls through.

Hawaii has 450 listed endangered species, and PEPP has 237 in its care that have fewer than 50 single plants left in the wild. “Some people call this the endangered species capital of the U.S.,” Perlman says, adding that it’s tragic when botanists aren’t able to save these native plants. “You’re really sad — it’s like losing a family member,” he explains.

PEPP has been losing more and more of those family members. Just two weeks after the April floods sent botanists scrambling, a smaller storm knocked a tree over onto a fenced enclosure that contained a number of outplanted species on the brink of extinction.

“There were only four individuals left,” Perlman says. “And then a tree up and fell on them. That’s what happens. An earthquake or a hurricane or a tree wipes out even just one, and it’s a huge loss.” 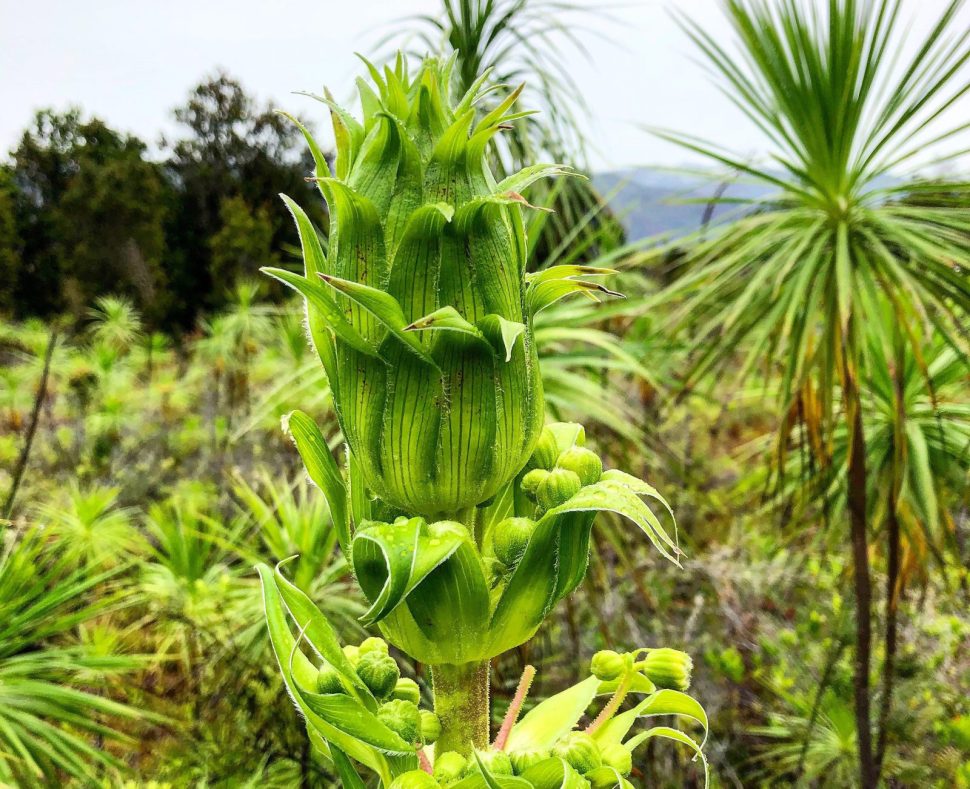 Jan TenBruggencate, vice-chair of the Kauai Island Utility Cooperative, says invasive species compromise an ecosystem’s ability to recuperate after a weather event. For people living at the foothills of Kauai’s magnificent mountains, that can mean disaster.

In a native ecosystem, plants, insects, and trees work together as a cohesive unit, soaking up water like a massive sponge, according to TenBruggencate, who has a background as a science journalist. The tallest trees form a canopy that lets sunlight through, allowing layers of plants to grow underneath. All that vegetation blunts the power of rainfall, TenBruggencate explains, storing the water in its moss and roots as opposed to creating mud. Thus, the forest absorbs and then releases that stored-up water into streams slowly, without flooding waterways with corrosive sediment.

Non-native trees like eucalyptus, a widespread invasive species in Kauai, have the opposite effect. Eucalyptus releases a toxin into the soil that discourages other plants from growing nearby. That means the next time rain falls, water and mud slip off the forest floor like oil from a pan — forming the kind of flash floods that slammed the north shore a few weeks ago.

“That’s one reason why you ought to save the plants,” TenBruggencate says.

As hurricane season rears its ugly head, Perlman might get more locals on board with his agenda by outlining the ways native plants help mitigate extreme flooding. But the renegade botanist has another idea:

“If we could try to get some Hawaiian — and I think it should be a Hawaiian — to write and sing songs about our plants, all the young kids would get it,” says Perlman, who dabbles in writing poetry about (you guessed it) plants.

But until a plant-loving Bruno Mars comes along, PEPP will make do by working with the state of Hawaii to replace its likely-to-be-lost funding. Without that money, some of Kauai’s endemic species could be lost forever — and with them, a bit of the island’s protection from the effects of climate change.