Here's what President Trump will do in his first 100 days 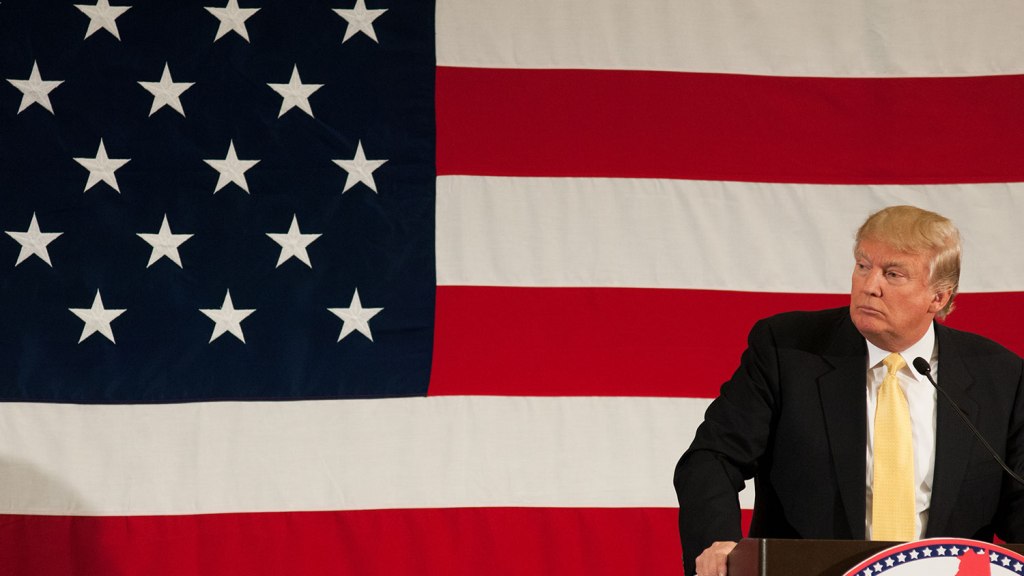 As has been widely reported, delusional businessman and presidential hopeful Donald Trump recently took a break from insulting the population of Mexico to disparage John McCain’s combat record. Shockingly, these foot-in-mouth moments seem to be helping him in the polls, which now have him in the lead for the GOP nomination. It seems crazy, but honestly, we couldn’t be happier about it. Can you imagine a Republican ticket with Donald Trump at the helm? Donald Trump!!! There is no possible way the American populace would elect the man who attempted to trademark the phrase “You’re fired” to the highest office in the nation, right? Right??? RIGHT??!!

But just for a moment, let’s imagine the worst. It’s January 2017, and we’re standing around our floating TVs watching Donald Trump be sworn in as 45th president of the United States. At his side, his 18-year-old bride, who looks remarkably like an Afghan hound and is pleased to have gotten back to her low weight of 6 pounds, 13 ounces in time for the big day. President Trump, our newly elected commander-in-chief, pushes his hair down on his forehead and outlines his plans for his first 100 days in office. They include:

Could it happen?? Sweet Jesus, we hope not. All men may be created equal, but all presidents certainly are not.