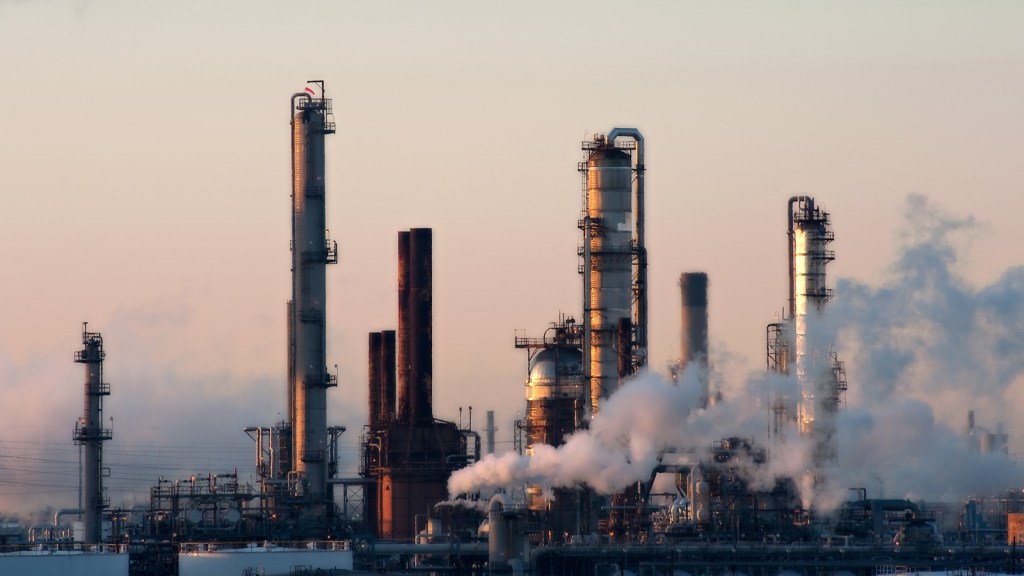 As historic rainfall and flooding continue to pound America’s fourth-most populated city, residents of Houston’s industrial fence-line communities are reporting strong gas and chemical-like smells coming from the many refineries and chemical plants nearby. “I’ve been smelling them all night and off and on this morning,” said Bryan Parras, an activist at the grassroots environmental justice group TEJAS. Parras, who lives and works in Houston’s East End, on Sunday said some residents are experiencing “headaches, sore throat, scratchy throat and itchy eyes.”

Parras said there are chemical smells in the air all over the East End, but particularly in communities adjacent to Houston’s sweeping petrochemical industry. And residents can’t escape the smell, because flood waters have overtaken the city, and could reach over four feet in some spots. “Fenceline communities can’t leave or evacuate so they are literally getting gassed by these chemicals,” Parras said.

Might seem like an afterthought but #Harvey is impacting air quality, too. Exxon, others shuttering refineries, releasing lots of pollution.

@DisasterPIO There is a widespread gas smell in Houston's East End. Any info?

It’s still unclear exactly where the smells are coming from, but Parras suspects the source is the many oil refineries, chemical plants, and gas facilities nearby. Several of these plants have shut down or are in the process of shutting down due to Harvey’s historic flooding, and shutdowns are a major cause of “abnormal” emission events, according to a 2012 report from the Environmental Integrity Project. Short-term impacts of these events can be “substantial,” because “upsets or sudden shutdowns can release large plumes of sulfur dioxide or toxic chemicals in just a few hours, exposing downwind communities to peak levels of pollution that are much more likely to trigger asthma attacks and other respiratory systems.” The communities closest to these sites in Houston are disproportionately low-income and minority.

There are huge public health risks from pollution releases during any hurricane, but the risk is particularly high with Harvey. The plants in the area hit directly by the storm “are responsible for roughly 25 percent of the United States’s petroleum refining, more than 44 percent of its ethylene production, 40 percent of its specialty chemical feed stock and more than half of its jet fuel,” according to the New York Times.

On Sunday, Milwaukee County Sheriff David Clarke — fresh off a bizarrely off-topic mid-hurricane Twitter endorsement from President Donald Trump — hit out at liberals for “politicizing” Hurricane Harvey. But disaster preparedness is always political, and so is environmental justice. As noxious fumes creep over the fence-line communities of the East End, residents there are underwater, and some of them can’t breathe.