Can I just work on the Paris Agreement myself? 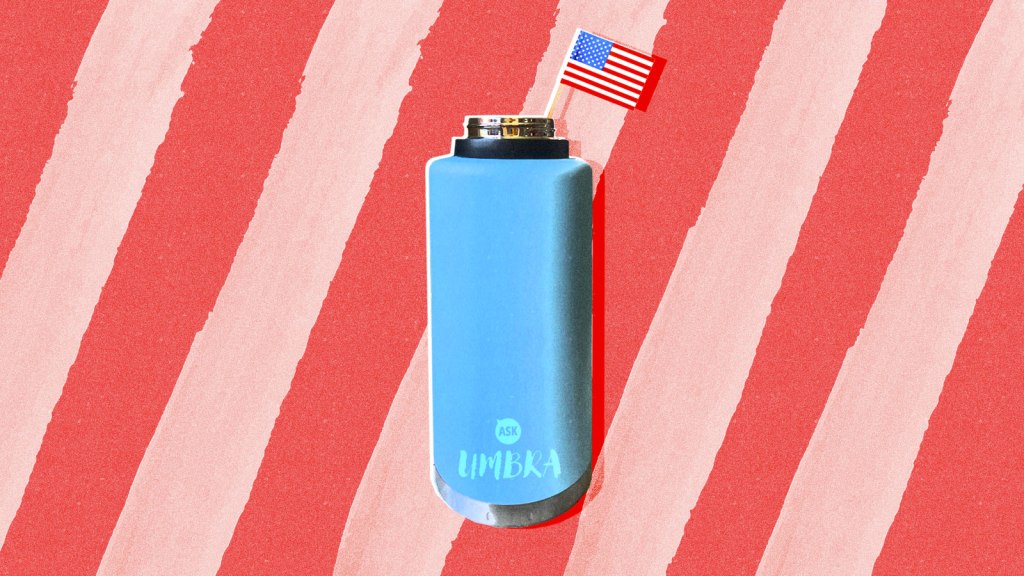 Can I just work on the Paris Agreement myself?

How can I achieve the goals of the Paris Agreement with my personal carbon footprint?

— Proudly American Though Really Irritated Over This

I think this is a fantastic aspiration — it’s also so fundamentally American, in the most idealistic sense of the word. “No one else is taking care of this, so I’ll just do it myself.” Pull the ol’ national carbon footprint up — or down, rather — by the proverbial bootstraps.

It’s true that, on a federal level, the U.S. isn’t working on the climate crisis in a meaningful way. The president and Congress vacillate between actively increasing national carbon emissions and doing nothing about them, which leaves the rest of the country in the unfortunate predicament that you clearly relate to: “Well, I guess it’s up to me.”

Let’s start with the most reassuring way I know to solve a problem, which is math.

The U.S. carbon footprint for 2017 was about 6.5 billion metric tons of carbon dioxide, according to the Environmental Protection Agency. EPA calculates this number through a fairly complex method of estimating and adding up the carbon impacts of all human activities in the United States, but it’s basically a highly educated guess.

OK! Now let’s address the Paris Agreement. The whole point of the thing was to keep global temperature increase below 1.5 degrees C (2.7 degrees F). But the emissions-reduction commitments that the U.S. made in 2015 have been criticized both for being too weak to achieve that goal, and for failing to take into account our disproportionately large contribution to the climate crisis.

The Climate Action Tracker tool calculates that to actually achieve 1.5 degrees C of warming in a globally equitable way, the total volume of U.S. carbon emissions would have to drop from 6.5 billion to a maximum of 1.76 billion metric tons by 2030. That’s a little bit more than a quarter of the current amount, so that’s quite a drop. And we’ll have even more people, so using Census 2030 population estimates, that means the average American would have to cut their household carbon footprint from 52.5 to … 12.4 metric tons.

That would require some pretty severe changes. You can put solar panels on your house and insulate the shit out of it; cut meat, corn, soy, and dairy from your diet; never fly again; and bike or bus everywhere. That all would probably make a pretty huge difference in the impact of your personal household.

But it obviously wouldn’t do the trick, you see, because you’d need everyone else in the country to do the same.

And even if everyone in the United States wanted to make those changes, most could not. Why? Solar panels and insulation are expensive and an estimated 80 percent of Americans are living paycheck to paycheck; corn and soy are actually a component of a baffling number of foods; the train system in the U.S. is such slow, overpriced, inconvenient garbage that it’s often an unfeasible way to travel; and a huge proportion of Americans live in parts of cities, suburbs, or towns that are not easily accessible by bike or public transit.

This is a theme in the upcoming book Inconspicuous Consumption, out in stores in August, by environmental journalist Tatiana Schlossberg. Basically, Schlossberg writes, there’s a bunch of embedded carbon in just living a typical American life.

“Everything we use is connected to the use of energy and resources somehow,” Schlossberg told me over the phone. “And the systems are so enormous that it’s really hard to make a difference as one person. What’s needed is more government regulation and better corporate policy.”

For example: The bulk of the national carbon footprint is in transportation and energy. “OK,” you, the ever-enterprising environmentalist, might say, “I’ll give up my car and I’ll buy alternative energy for my home.” But that’s not the end of the calculation; pretty much everything you use has its own transportation and energy footprint. Even the things you can’t see: The internet, with all its cloud storage and server farms, uses a massive amount of energy. It’s not actually a cloud!

Better government policy, to stick with the internet example, would be a law dictating that all utilities had to source their power from renewable sources, like wind and solar; better corporate policy would be companies actively seeking out those renewable sources for their fields of servers hosting 603,782 cat photos. Better personal policy would mean accepting that maybe you can delete some pics of Mittens.

The message “well, actually in the grand scheme of things your efforts to meet the carbon limits imposed by the Paris Agreement are useless, as if you were a bug or a pebble,” is a real downer. And today is the Fourth of July — no one should be down!

So let me be clear: My message is not that you are a bug or a pebble or a similarly powerless being. In fact, the Center for Climate and Energy Solutions recently released a report that found that the (marginally) most efficient route to a low-emissions economy by 2050 is one led by consumer choice, with the idea that government regulation and corporate policy would follow suit to catch up.

This still kind of stomps all over your sense of independence, doesn’t it? I apologize. But especially in the case of carbon emissions, independence is a bit of a myth. You can do whatever you like with your own carbon footprint — and should! — but to actually stave off the worst of climate change requires that everyone do the same. And that’s usually achieved through government policy and corporate shifts.

So back to the Fourth of July, my favorite holiday. It’s actually celebrating a falsehood! The U.S. won independence from England and that’s great — we don’t have to incorporate sausage and beans into every meal and we don’t have to pretend to care about the Queen, hurrah! But how much of an accomplishment is independence on a national level if it’s not enjoyed by individuals? That whole “let freedom ring” thing was irrelevant for millions of people who lived on U.S. land in 1776, notably including Native Americans and African slaves.

So, my favorite holiday is actually not very uplifting. But so-called solutions to climate change aren’t that uplifting, either! No one wants to hear “actually, you can’t do it by yourself.” Schlossberg, a student of history — specifically, American history — says that’s just something you have to accept if you’re going to approach climate change in a realistic way.

“Looking at history, there are not a lot of satisfying answers — we take one step forward and two steps back,” she said. “Being able to live with that complexity and nuance is challenging, but it’s necessary to lead us to learning the patterns to understand where we are now.”

So: You can do it! But everyone else has to, too. No one’s living alone on this Earth, baby.