How did the fate of the planet fare at the third Democratic debate? 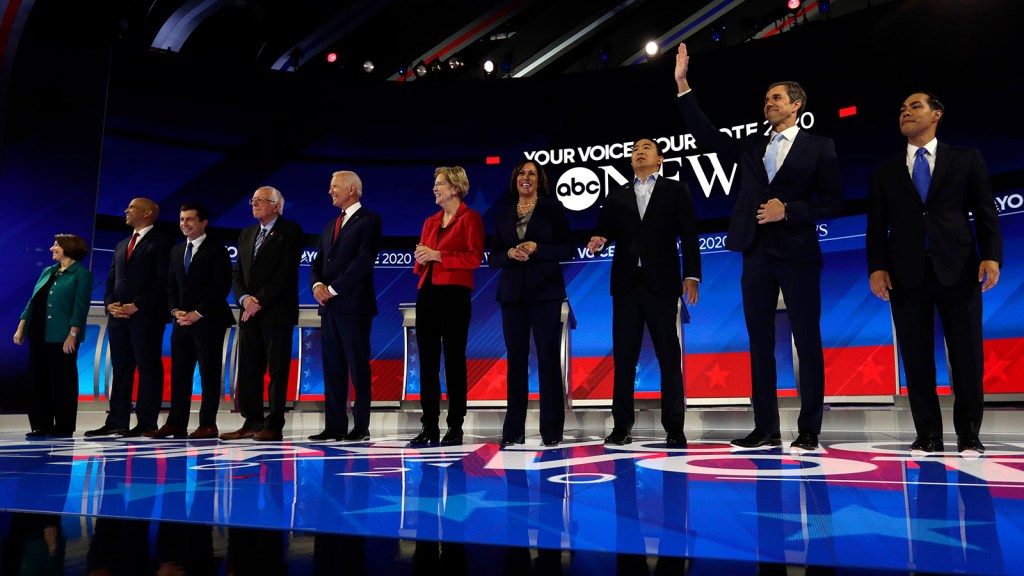 How did the fate of the planet fare at the third Democratic debate?

Another month, another Democratic debate (Round 3, if you’re keeping count).

After the seven-hour marathon that was CNN ‘s Climate Town Hall last week, ABC’s return to the traditional debate format, in which candidates get one minute and 15 seconds to respond to questions, felt like the political equivalent of speed dating. The moderators didn’t exactly prioritize climate change (failing to ask about Houston’s chronic flooding when the debate was in, of all places, Houston), but candidates stepped up, in part, by segueing early and often to the greatest threat to the planet without getting asked.

Although Thursday night’s debate felt comparatively short on time and climate talk, it wasn’t short on drama. Julián Castro seemingly took a jab at Joe Biden’s age and memory, Pete Buttigieg called debate infighting “unwatchable,” and Andrew Yang announced he would give away $120,000 over the next year as part of a pilot program for his universal basic income plan. This debate also brought some fresh pairings: Biden and Elizabeth Warren were on the same stage for the first time, as were Warren and Kamala Harris, the two top-polling women in the field.

In terms of time spent discussing climate change, the third Democratic debate felt like a step back, if only because the candidates didn’t have the same 40 minutes CNN had given them last week to hash out the issue of our times. The longest stretch of conversation about the climate crisis came when one of the moderators, Univision’s Jorge Ramos, bounced a few global warming questions off the candidates in the second half of the debate. That resulted in a lot of reheated leftovers from CNN’s Climate Town Hall: Amy Klobuchar once again emphasized that she had a good vantage point as a Midwesterner to deal with climate change; when asked if American foreign policy should be based around climate change, Warren simply answered “yes.” Harris said that, as California’s attorney general, she’s already taken on Big Oil.

But it did seem as if, fresh off of CNN’s climate master class, the candidates had found their footing on how to integrate the topic into a myriad of issues.

A few candidates brought up the subject right off the bat. Castro, the first candidate up, mentioned the “clean energy economy” in his opening statement. Bernie Sanders was the first contender to actually utter the words “climate change” when he promised — in front of a Texas audience, no less — to end fossil fuels. He also said he would pass climate legislation “to save the planet.” Biden, the frontrunner, also brought up climate change in his opening statement: “I refuse to postpone any longer taking on climate change and leading the world in taking on climate change.”

Cory Booker touted his own $3 trillion climate plan by mentioning environmental injustice during a response to a question about racism. He also talked about the effects of factory farming on the environment. On trade, Warren said she wants ”environmentalists on the table” at future talks.

Sure, it wasn’t the jam-packed seven-hour marathon we had last week, but the candidates often seemed keen to bring it up. Could this be a sign that Democrats are recognizing how our overheating planet touches pretty much every political issue? Tune in for the next round.