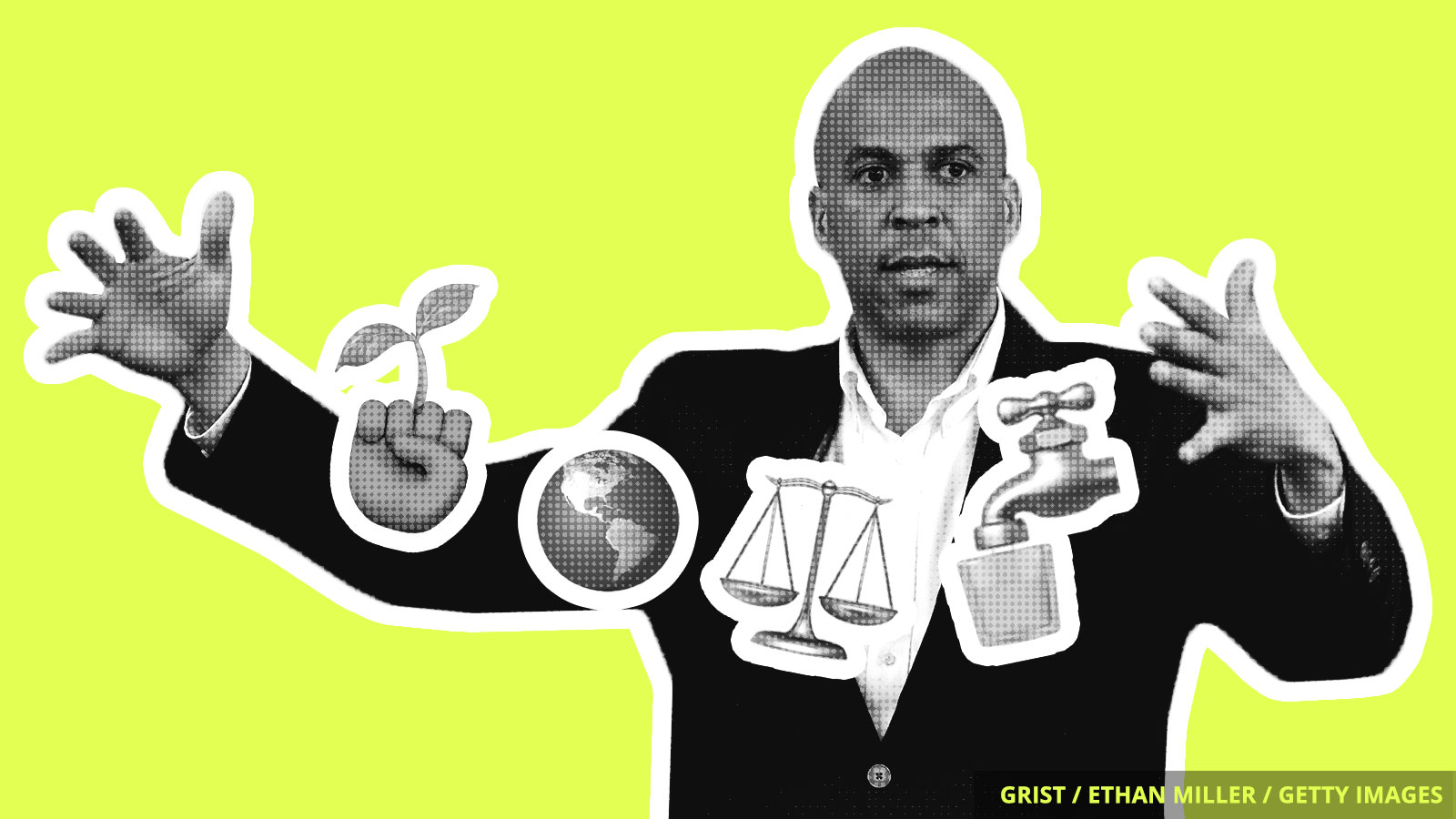 On Friday, presidential hopeful Cory Booker unveiled the specifics of what he calls his “environmental justice agenda.”

If elected president, the Democratic senator from New Jersey said he will beef up laws at the Environmental Protection Agency, increase staffing at various agency departments, call for companies to pay for the pollution they cause, work with marginalized communities that bear the brunt of pollution, and reverse what he claims is the poor environmental track record of our current Prez.

“The Trump administration has gutted the EPA, rolled back clean air and clean water protections, and allowed polluters to go unchecked, causing immense harm and suffering by vulnerable communities,” Booker said in a statement.

The announcement from Booker came just days after he joined the newly formed Senate Environmental Justice Caucus, which aims to raise awareness of toxic burdens that have impacted low-income Americans and communities of color. Earlier this year, Booker also threw his support behind the Green New Deal.

Booker isn’t the only presidential candidate rolling out a climate platform: Beto O’Rourke unveiled a $5 trillion, 10-year proposal on Monday which will upgrade infrastructure and spur innovation, with the goal of achieving net-zero emissions by 2050. And Elizabeth Warren introduced her public lands climate bill in mid-April.

Prepare for more “natural disaster debris” in the aftermath of extreme weather. A 150-page EPA document published last week says Americans need to prepare for fallout from more catastrophic natural disasters, like wildfires, floods, and hurricanes. So why is the head of the EPA, Andrew Wheeler, telling Americans that the threat of climate change is “50 to 75 years out?”

Pacific Gas and Electric, one of the largest utilities in the nation, is under fire, literally. PG&E says it’s likely its power lines caused the deadly Northern California Camp Fire last year. But don’t worry, guys! The company has a solution: It plans to cut power for up to five days to communities where high winds increase wildfire risk. This summer, that could mean lights out for 5.4 million people in fire-prone areas.

Did you get the memo last week? The Trump administration’s budget office sent government agencies new guidelines highlighting ways industry can challenge science. The memo advises executive branch agencies to more closely scrutinize the scientific, financial, and statistical information upon which a lot of environmental policy is based. InsideClimate News reports the memo could result in more delays in establishing regulations aimed at protecting the planet and people’s health.

This is not a drill