How not to celebrate MLK Day: PETA compares animal cruelty to slavery (again) 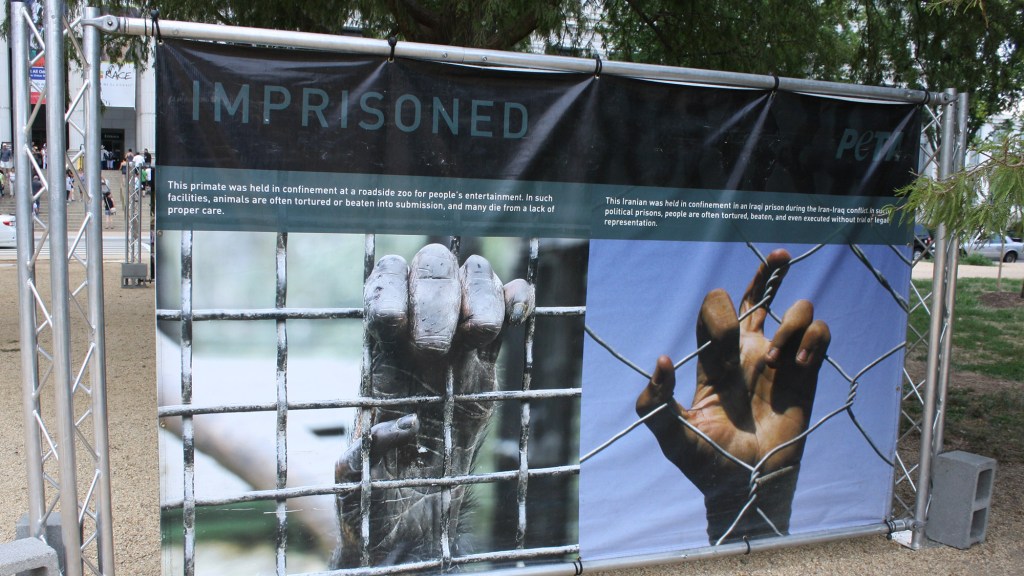 How not to celebrate MLK Day: PETA compares animal cruelty to slavery (again)

I’m all about honoring Dr. Martin Luther King’s legacy and highlighting the natural connections between civil rights and protecting the environment. But People for the Ethical Treatment of Animals (PETA) took it a step too far with this and the accompanying Tweet.

As you can read in the RTs and replies, Black Twitter was not having it. (In case you don’t know what Black Twitter is, the homey Soraya Nadia McDonald was gracious enough to provide an explanation in the Washington Post today. It’s the body that caused Ani DiFranco to change her tune recently.)

It’s worth noting that this isn’t the first time PETA has compared animal cruelty to slavery — and been slapped down for doing so.

In my own estimation, where PETA went wrong was not so much in marrying Dr. King to its cause — I wrote yesterday about King’s efforts to create a broad progressive movement. PETA’s mistake was divorcing racial justice from the arrangement. That goes for any organization trying to attach King to its agenda. In his later years, he grew weary of precisely this kind of racial and color-blindness. He was quite clear about this when he wrote, in his book Where Do We Go From Here?:

The white liberal must see that the Negro needs not only love but also justice. It is not enough to say, “We love Negroes, we have many Negro friends.” They must demand justice for Negroes. Love that does not satisfy justice is no love at all. It is merely a sentimental affection, little more than what one would have for a pet.

I don’t think PETA would have appreciated the King who wrote that. Not when the pet defenders continue to harass NFL quarterback Michael Vick, an African American who went to jail for running a dogfight operation, and who has long since paid his debt to society. Until PETA comes to terms with the racist implications of its constant public flogging of Vick — not to mention its general cluelessness on race — it has absolutely no standing to copy/paste King to its mission.