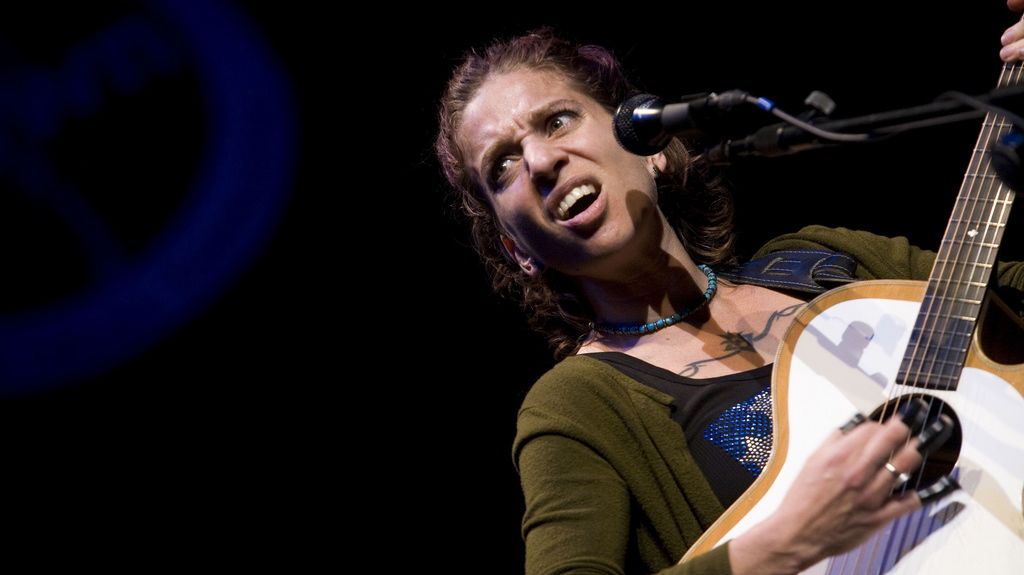 Call it Ani DiFranco’s “accidental racism.” The musician’s “Righteous Retreat” for songwriters was scheduled to take place over four days at the Nottoway Plantation in White Castle, La., not far from DiFranco’s home in New Orleans. She cancelled the retreat yesterday after fielding outrage from numerous bloggers and social media commenters understandably upset about the decision to patronize a former holding place for enslaved black people — particularly given that it continues to profit from that heritage.

In an open letter of apology, DiFranco wrote that initially she didn’t know where her retreat was scheduled, but when she found out about the plantation setting, her first thought was “whoa” (her word). But then she could “not imagine or understand that the setting of a plantation would trigger such collective outrage or result in so much high velocity bitterness.”

In Louisiana, where blackface minstrelsy and Confederate statues are apple pie, DiFranco can maybe get a pass for the initial oversight. But ultimately it should not have taken collective outrage, only her own, to make a change. Her decision, at first, to proceed with the retreat falls in line with an American habit of divorcing painful symbols and events from their historical and environmental contexts. She knew better, but decided not to do better.

I can attest from living in Louisiana that there is some ambiguity around “plantations,” and whether they’re facially, racially neutral in the 21st century. It doesn’t need to be complicated, though. We know plantations were major economic engines of the American chattel slavery system. They are the locations where kidnapped and enslaved Africans were whipped to death when not toiling to death while collecting cotton and sugarcane. They are where countless enslaved African women were lynched, raped, and traded away like bitcoin. They were also, as I’ve written here, at the center of a massive deforestation and monocropping experiment that has left the land across the South ruined to this day.

John Randolph, the Nottoway Plantation’s owner, owned 155 slaves and 42 slave houses in 1860, a time when most owners held less than 20 slaves, according to the Nottoway narrative. More from that history:

John Randolph made it clear from the very beginning that no expense was to be spared in the construction of the opulent structure he planned to build; he wanted a house that would be completely different from anything ever built before, no matter what the cost.

The Nottoway mansion was to be constructed of very durable cypress wood, cut from trees which grew in great abundance in the swamps of Forest Home. However, before the cut cypress logs could be used, they had to be cured underwater for six years, after which they were hauled by the slaves over miles of plantation ground to the construction site. There the slaves finished preparing the timber by cutting the logs into planks and allowing them to dry.

Reading the Nottoway’s version of history, I was instantly reminded of the film and book 12 Years a Slave, which showed us the excruciating physical costs of expanding the plantation state. In a recent interview with Harvard historian Henry Louis Gates (a consultant on the film), director Steven McQueen said of his cinematic vision, “The story is about the environment, and how individuals have to make sense of it, how we locate the self in events.”

DiFranco failed to make sense of the environment, perhaps trying to contain the past of the location in the past. By avoiding or ignoring the bigger questions — for one, what systems of oppression or destruction does the “plantation” symbolize, especially in Louisiana? — she chose instead to privilege the beauty of the landscape. And these are truly exquisite, opulent estates, there’s no denying that.

Ugly things happen in fantastic places when people choose to see what they want to see, instead of what’s actually there. In that respect, the bigger question has to do with our blind spots — whether seeing one community’s water source as another’s waste disposal site, or Louisiana Duck Dynasty hunter Phil Robertson saying that black people were “happy” in the early history of his state (a notion that Northup thoroughly debunked in his memoir). In either case, someone profits from those blind spots, and someone’s life is further devalued.

DiFranco acknowledged the troublesome history of slavery in her apology, writing, “i know that pain is stored in places where great social ills have occurred,” and that she “know[s] that the pain of slavery is real and runs very deep and wide.”

She blows out her knowings even further writing:

i know that indeed our whole country has had a history of invasion, oppression and exploitation as part of it’s very fabric of power and wealth. i know that each of us is sitting right now in a building located on stolen land. stolen from the original people of this continent who suffered genocide at the hands of european colonists. i know that many of us can look down right now and see shoes and clothes that were manufactured by modern day indentured servants in sweat shops. i know that micro profits from purchases that we make all day long are trickling down to monsanto, to nestle and to GE. i know that a sickeningly large percentage of the taxes we pay go to manufacturing weapons and to making war. and on and on and on. it is a very imperfect world we live in and i, like everyone else, am just trying to do my best to negotiate it.

In the end, instead of patronizing a place that has chosen to profit off of a painful past, DiFranco shut down her retreat. Rather than continuing in honor of the higher ideals she lists in her letter, she  took her guitar and went home. It’s too bad.

McQueen said he placed so many grotesque scenes in his film as a “call to arms” for the audience. “We don’t want to get involved. We walk by … it’s what we do. … There’s so much that we can do and should do.”

With all her knowing, from slavery to Monsanto, it seems there’s much more DiFranco could’ve done.