To most people, strawberries capture the taste of summer. To the social science professor Julie Guthman, their flavor makes her think about how growers have had to adapt to new pesticide restrictions.

On a recent afternoon, Guthman stood in a produce market, considering a mound of sweet-smelling strawberries — Albions, she guessed, a dark red, conical variety invented by a plant breeder at the University of California. “They don’t ship as well, but they were designed to be tasty,” she said. “So when you can charge a premium, like at a farmers market, it’s a variety that makes sense.” 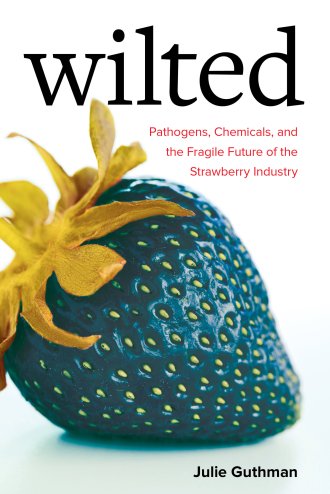 When you bite into a fragrant strawberry, you probably aren’t thinking about the chemicals used to grow it. But to protect the fragile fruit from disease, farmers inject gases into the ground in an attempt to kill everything in the soil before planting. Even organic farmers use soil fumigants in the nurseries before shipping young strawberry plants to fields for planting.

Up until recently, methyl bromide was the most important of these soil fumigants. From the 1960s on, the strawberry industry’s growth was fueled by this highly effective odorless, colorless gas. Then scientists discovered that it destroys the ozone layer, and in 2005, the EPA started phasing out the chemical. Its use is now mostly restricted to nurseries.

Guthman wanted to know how strawberry growers managed to adapt. Her book, Wilted: Pathogens, Chemicals, and the Fragile Future of the Strawberry Industry, tells the story of this transition. Grist asked Guthman how the story of the strawberry foreshadows what might happen if we phase out other critical but dangerous chemicals like, say, petroleum. Our interview was edited and condensed for clarity.

How common was methyl bromide in strawberry farming?

Oh, I think almost everybody used it. I’ve never heard of anyone who didn’t use it. They used it with small amounts of chloropicrin. Chloropicrin is a tear gas that makes people sick. It acts as a warning agent, because methyl bromide is undetectable [similarly, utilities add scent to natural gas, which is also otherwise undetectable, to keep it from killing people].

Why did it become so widespread?

In the 1920s, the strawberry industry started experiencing widespread wilt from soil-borne fungus. The University of California started its breeding program in the 1940s to address it, but nothing was working until they started experimenting with belowground fumigation in the late ’50s. They started with chloropicrin, but that was more expensive. Then they tried methyl bromide, which was cheaper, and it was able to penetrate the soil really well, and also kill weeds. The two chemicals worked really well in combination, and so by the ‘60s they were widespread. 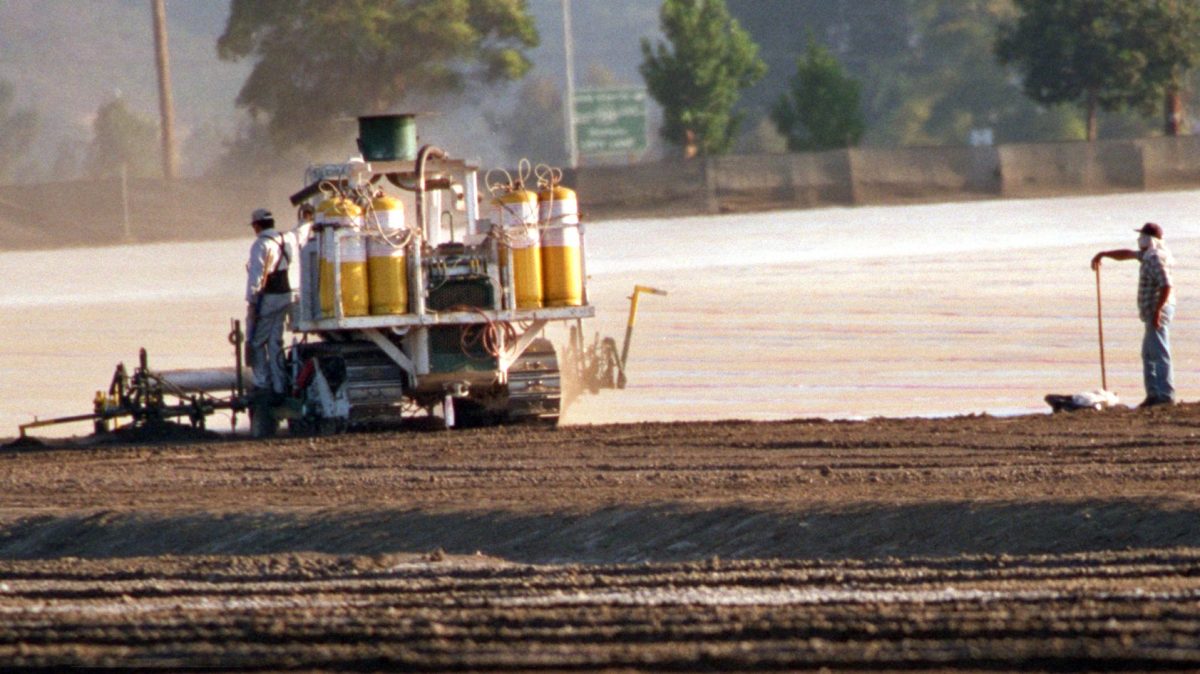 Employees of TriCal Inc. administer Methyl Bromide to an East Ventura field where strawberries will be grown. Photo by Steve Osman/Los Angeles Times via Getty Images

Methyl bromide gave strawberry growers an amazing boost in productivity. So why was it outlawed?

It’s an ozone-depleting substance, so it was phased out under the Montreal Protocol. The United States fought hard on behalf of the strawberry industry to delay the phaseout and partially succeeded. They still use [methyl bromide] in the nurseries, as far as I know. Farmers need clean stock that doesn’t start with these diseases.

What has happened to strawberry growers without this chemical?

Well, there has been a shakeout. A lot of growers have gone out of business, not just because of the chemicals but because of this perfect storm of events. Our crazy border policy has driven labor costs up. Land prices have gone way up. The best land is near the coast. If you go inland you have more disease problems, but real estate prices along the California coast keep going up. So there has been consolidation among the growers, and the shippers. 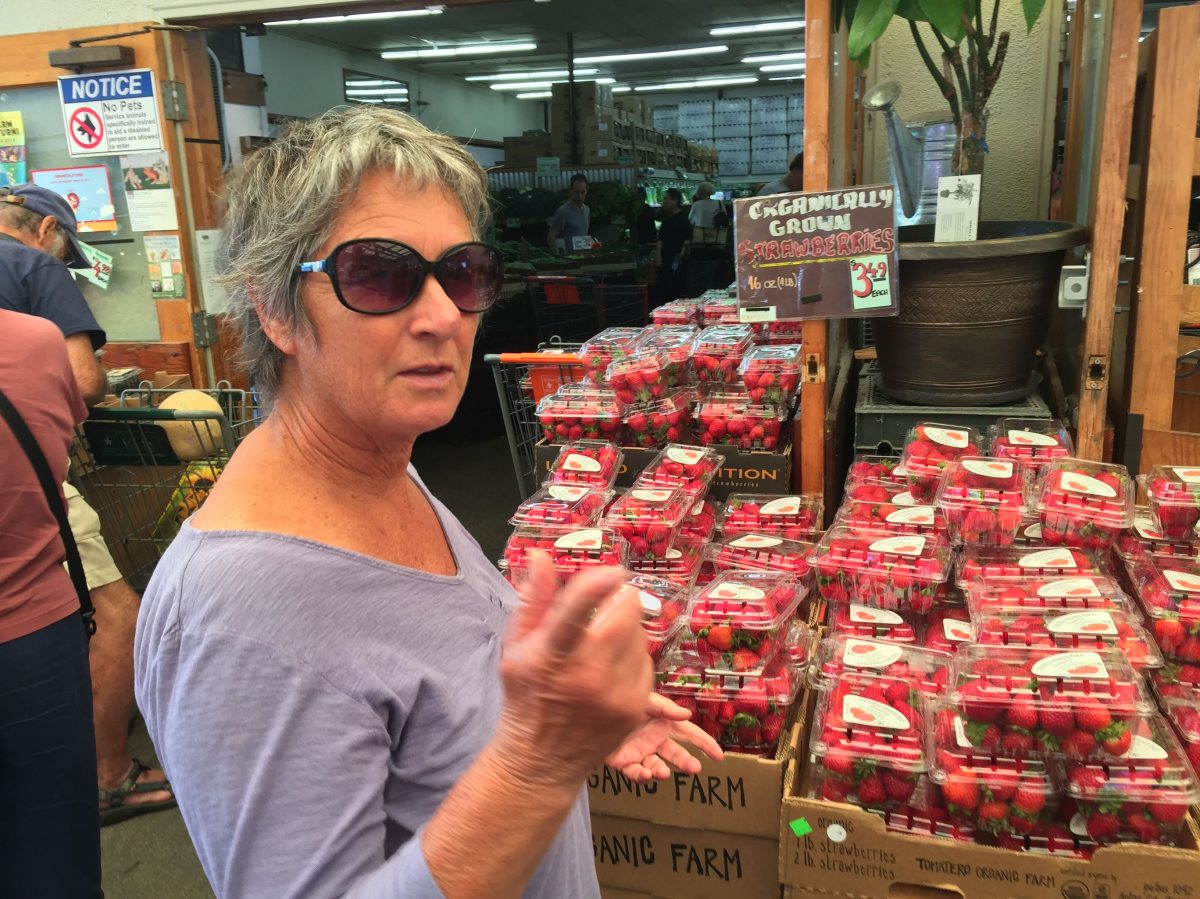 What about climate change? Has that also made it harder for strawberry growers?

Most strawberries are grown in California, mostly within a couple miles of the coast. The natural air conditioning of the Pacific Ocean keeps the coast cool and foggy, so it allows for this eternal spring where strawberries can grow almost all year. There have been warmer temperatures over recent years and a new pathogen, macrophomina, does particularly well in conditions that stress the strawberry, like heat, and drought.

You write that some people had hoped that eliminating methyl bromide would force us to return to gathering berries from the forest floor. But that didn’t happen

No. I mean, we haven’t seen the worst of it, but those growers that are staying in are the most innovative. It’s not reverted back to some agro-ecological ideal. It’s just changed the profile of who is growing.

What do the growers use instead of methyl bromide?

They use a lot of chloropicrin [which doesn’t destroy the ozone, and not quite as dangerous for farm workers as methyl bromide] some say it’s effective, and some say it’s not. They use anaerobic soil disinfestation, which was developed at the University of California at Santa Cruz and entails injecting a carbon source — like molasses or rice bran — into the soil and flooding it with water, creating a lack of oxygen [this doesn’t release ozone-depleting chemicals and may end up being a good solution if farmers can consistently get it to work].

So, just to put it in plain language, all the little microbes go crazy eating up that carbon, and as they do, they suck all the oxygen out of the soil so that everything that needs oxygen dies.

Right. A lot of people are trying that now. They’ve tried steam, but steam is very slow and expensive; it takes forever to steam an entire field. They are doing more crop rotation so that pests populations don’t build up in strawberry fields year after year. And they are breeding strawberries for pathogen resistance.

I do think there is a lesson. Banning a substance impels innovation. When people think their tools are going to be taken away they start experimenting with different things. Technology-forcing regulation is very valuable in creating new tools.

How does rural America want the next President to tackle climate change?