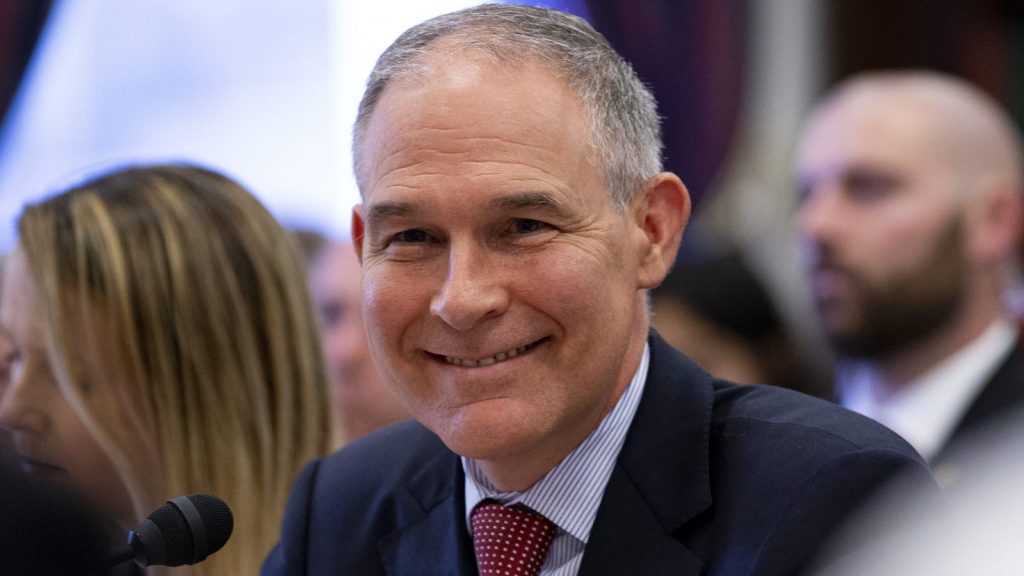 EPA Administrator Scott Pruitt announced the new “Office of Continuous Improvement” on Monday. The purpose of the office, he says, is “to make sure, as we do our work here, that we set real goals and we track those goals and show real improvement.”

The OCI isn’t about improving air quality, Americans’ health, or EPA transparency, though. Rather, it concerns — hold on to your seats! — improving productivity and cutting waste at the department.

The office expands the agency’s “lean management system” established under the Obama administration.

While “lean” is an apt description of the current state of the EPA, which has cut half a billion dollars from its budget over the past two years and brought staff numbers down to Reagan-era levels, it’s the opposite of Pruitt’s own spending habits. Since his very first day as administrator, bodyguards (who don’t come cheap) have been watching him 24/7. That’s not to mention Pruitt’s pricey private flight habit and $43,000 soundproof phone booth, all on the taxpayer dime.

Some EPA employees aren’t excited about the new office.

“The Office of Continuous Improvement sounds like it’s straight out of 1984,” one staffer told Buzzfeed Science reporter Zahra Hirji.

It’s unlikely that Pruitt’s message about boosting productivity will drown out the numerous scandals coming out about him. He’ll face a tough audience on Wednesday, when he’ll appear in front of the Senate appropriations subcommittee. If it goes anything like his recent hearings in front of the House, we’re in for a treat.