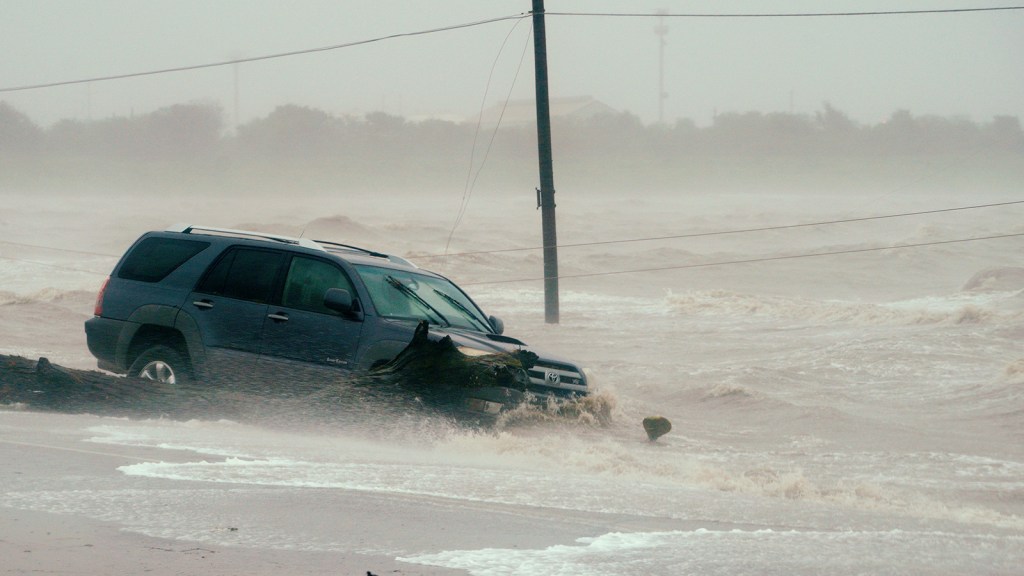 Hurricane Harvey made landfall late Friday night on the Texas coast as one of the most intense hurricanes in U.S. history, spawning as many as 50 tornado warnings in the Houston area alone.

But its worst feature is still unfolding: several days of what could be some of the most intense rainfall this nation has ever recorded, a clear signal of climate change.

After a destructive storm surge washed away homes, and winds as strong as 132 mph blew away roofs and left hundreds of thousands without power, Harvey is expected to stall, drastically worsening the risk of catastrophic inland flooding from relentless rains.

The dire National Weather Service forecast for catastrophic flooding appears to have come true. Overnight, parts of Houston received as much as two feet of rain, causing widespread devastation. Another two feet of rain is on the way, according to the latest forecasts.

Radar loop since 1 AM CDT last night is a straight fire hose of moisture into #Texas. Incredible. #Harvey pic.twitter.com/fWDNEJLZkV

Through mid-week, Harvey is expected to move at an exceedingly slow 1 mph, pushing its rainfall forecast off the charts. For the first time in its history, the National Weather Service is forecasting seven-day rainfall totals as high as 40 inches in isolated pockets — equal to what’s normally a year’s worth or rain for coastal Texas.

Some high-resolution models predict even more. (For reference, the estimated 1-in-100-year seven-day rainfall total for the region is just 18 inches.) Meteorologist Ryan Maue estimated that 20 trillion gallons of water will fall on Texas over the next seven days, which is equal to about one-sixth of Lake Erie.

Virtually every river and stream between San Antonio and Houston is expected to experience record or near-record flooding over the next few days. Forecasters racked their brains to recall a scenario so dire anywhere in the world; a 2015 typhoon hitting the Philippines produced a similar amount of rain, but over a much smaller area.

Although the exact impact of global warming on the strength and frequency of hurricanes remains undetermined, there’s a clear climate connection when it comes to higher rainfall. All thunderstorms, including hurricanes, can produce more rain in a warmer atmosphere, which boosts the rate of evaporation and the water-holding capacity of clouds.

Heavy downpours have increased by 167 percent in Houston since the 1950s, and flooding there has been heightened by unfettered development and urban expansion. Some of the worst flooding in the region’s history has come from slow-moving storms like Harvey.

We don’t yet know if climate change will bring more slow-moving, rapidly intensifying tropical storms like Harvey. But flooding is what kills most people in hurricanes, and that will only get worse.