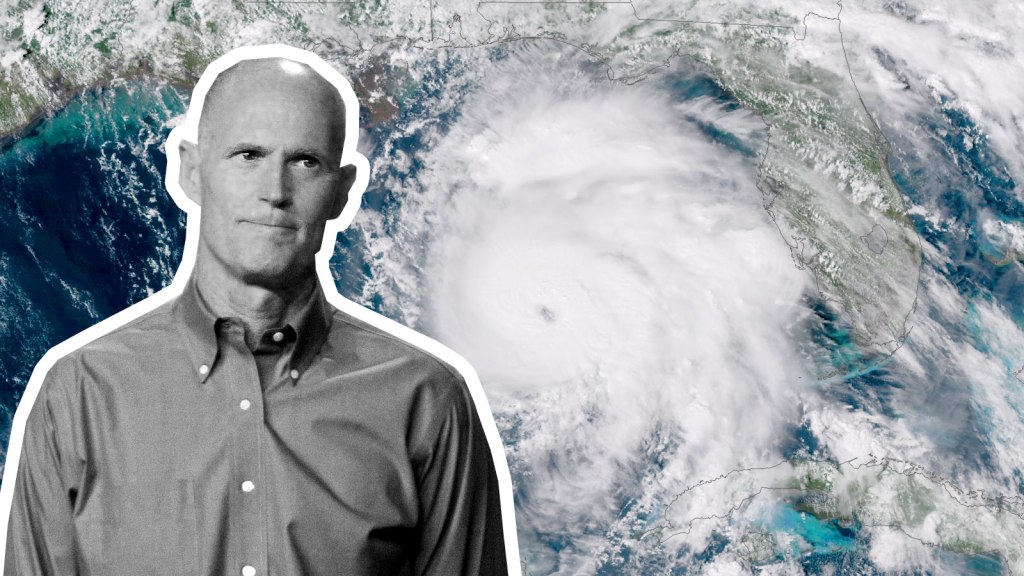 As 155 mile-per-hour winds stripped roofs off buildings, and seawater surged through broken windows in the Florida panhandle, political insiders were already speculating about how Hurricane Michael might roil the November elections.

“Amazing to think with razor thin margins in FL statewide elections an October hurricane could swing it all …” Republican strategist Anthony Pedicini wrote on Twitter.

This isn’t the first catastrophe to upset Florida’s midterms. In the race for U.S. Senate, incumbent Democrat Bill Nelson, the Democrat, and sitting Republican Governor Rick Scott, have been firing attack ads accusing the other of causing disgusting algal blooms. (Who’s right?  Read this.)

Climate change can influence both hurricanes and algal blooms. Algae thrives in warm water, so hotter weather can mean bigger blooms. And while the Intergovernmental Panel on Climate Change projects that warming won’t cause more tropical storms, it does project that they’re likely to be more intense.

Florida Sen. Bill Nelson on Hurricane Michael: "The Gulf of Mexico was four degrees hotter than is usual … Listen to the scientists … and they'll tell you that the earth is heating up and the ferociousness of these storms is as a result, in part, of that heating up" pic.twitter.com/A7O5419019

So with the environment already taking a leading role in electoral politics, could Hurricane Michael provide the updraft Florida climate hawks need to soar to victory?

Floridians are right in line with the rest of the country when it comes to climate change, with 70 percent agreeing that it’s a thing, according to the most recent survey by the Yale Program on Climate Change Communication. But Michael made landfall in deep-red MAGA country.

If anything, the hurricane is likely to give voters the warm fuzzies for Scott (who censored the words “climate change” — government officials weren’t even allowed to say the words, which made for some funny press conferences), because it gives him the chance to go out and do leaderly stuff like activating the National Guard. His campaign had just started running an ad called “Leadership,” portraying him as the guy who got Florida through previous hurricanes. Polls show that Scott got more popular after those storms.

Nelson and the Democrats are fighting back with ads pointing out that, with Scott at the helm, 11 seniors died from heat exposure, and there were charges of profiteering on the cleanup.

All of which looks like normal mudslinging, not exactly a political playing field upended by climate disasters. At least not yet.