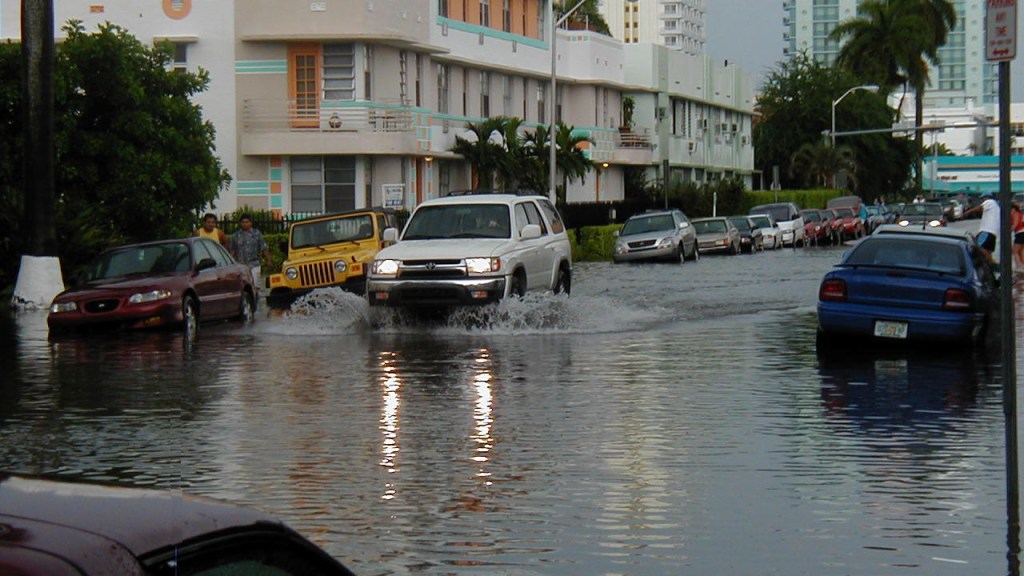 "Nuisance flooding" in Miami. dannebrog
The Issue That Must Not Be Named

Florida Gov. Rick Scott’s (R) administration has apparently instituted a ban on using the term “climate change” when making policy. Tristram Korten reports for the Florida Center for Investigative Reporting that state Department of Environmental Protection employees “have been ordered not to use the term ‘climate change’ or ‘global warming’ in any official communications, emails, or reports.”

This unwritten policy went into effect after Gov. Rick Scott took office in 2011 and appointed Herschel Vinyard Jr. as the DEP’s director, according to former DEP employees. Gov. Scott, who won a second term in November, has repeatedly said he is not convinced that climate change is caused by human activity, despite scientific evidence to the contrary. …

But four former DEP employees from offices around the state say the order was well known and distributed verbally statewide.

One former DEP employee who worked in Tallahassee during Scott’s first term in office, and asked not to be identified because of an ongoing business relationship with the department, said staffers were warned that using the terms in reports would bring unwanted attention to their projects.

“We were dealing with the effects and economic impact of climate change, and yet we can’t reference it,” the former employee said.

Even the term “sea-level rise” — referring to an issue that will hit Florida particularly hard in coming years — was banned for a time, according to former state employees who spoke with Korten. “Sea-level rise was to be referred to as ‘nuisance flooding,’” one former DEP employee told Korten, describing a meeting she had with a supervisor in 2014.

This kind of thing is not just happening in Florida. North Carolina, another state that will be hard-hit by rising seas, has banned some state employees from considering sea-level science. Specifically, as of 2012, the state is not allowed to account for new scientific predictions about sea-level rise when making policies that affect coastal communities. Instead, policymakers must stick to more moderate “historical data,” and ignore a 2011 report by the state’s Coastal Resources Commission that predicts 39 inches of sea-level rise by the end of the century. (This policy from the GOP legislature was in part a concession to real-estate industry lobbyists who feared, reasonably, that if prospective buyers knew beachfront homes would end up being swallowed by the ocean, they would probably avoid buying them.)

In fact, across America, lower-level officials have found that the most expedient way of making policy to address climate change is to not admit that the policy is designed to address climate change. Instead, when planning for higher temperatures, higher seas, and stronger storms, they use euphemisms — “sustainability” or “resilience” — to prepare for the Issue That Must Not Be Named. Unfortunately, in Florida, even the word “sustainability” is off-limits, according to one former DEP employee.

This ridiculous situation, and Scott’s policy, would be funny were the stakes for Americans not so high. People are continuing to move to low-lying areas of Florida, even as the scientific community continues to make new dire predictions about the surging seas they will face as climate change moves forward. With state officials muzzled by order of the governor, Floridians are not likely to see any policy that realistically deals with the threat anytime soon.