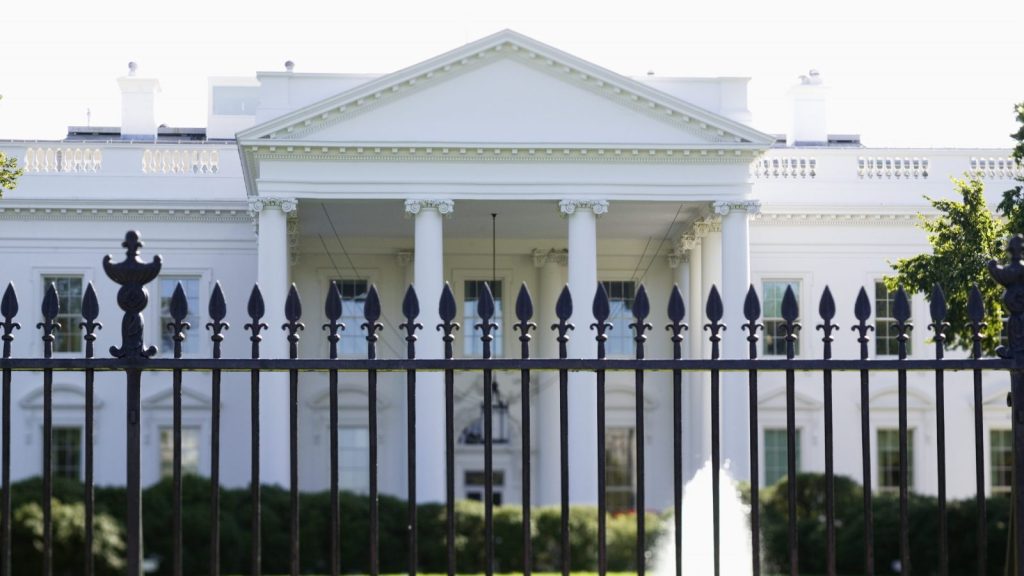 Even if a Democratic president is sworn in on Inauguration Day, January 2021 — having pledged to make climate change a day-one priority — Congress could still be divided, and the Senate still hamstrung by the filibuster.

With time already running short to prevent runaway global warming, a president will need to make changes without being mired in another four years of gridlock. Ambitious climate reform could still be implemented, however, by exploiting powers that the executive branch has under existing law. A new administration could take leaps forward in addressing transportation, electric, and industrial emissions, buttressed by powerful existing laws like the Clean Air Act. All this could add up to a policy that gets as close as possible to a Green New Deal without involving Congress’ power of the purse.

“There’s a lot of executive authority sprinkled throughout the existing law,” says New York University School of Law’s Institute for Policy Integrity attorney Avi Zevin. “One could imagine picking various provisions and stitching it together to achieve some of the goals the candidates are talking about. If you’re limiting your toolkit to what you’re doing with existing law you have to find the right tools and get a little creative.”

The few comprehensive plans released by presidential hopefuls so far involve proposals that are heavily dependent on congressional action. But some of these plans also contain ideas for using a president’s executive powers. Rejoining the Paris agreement in 2021, for instance, is obvious, but how to push far beyond where President Obama left off is not as simple as candidates imply when they say they would “reinstate the Clean Power Plan” — which is stalled and outdated anyway.

Washington Governor Jay Inslee’s plan, the most comprehensive of those released so far, proposes hitting 100 percent of zero-emission new cars and buildings, 100 percent carbon-neutral power, and 100 percent renewable to power buildings all within 15 years. His promises, such as $3 trillion in federal funding over 10 years, would rely on Congress, but directing federal agencies to exploit existing powers could go a long way in the power and transportation sector.

Senator Elizabeth Warren (D-Mass.), on the other hand, has released a more limited plan to clean up the military’s carbon footprint and place a moratorium on fossil fuel extraction on public lands — both are areas where the president can already exercise broad powers.

There are many ways to assess a candidate’s seriousness on climate action. You can look at what a candidate is promising to make a priority on day one; who has rolled out a climate plan at all; who has signed a pledge not to take fossil fuel PAC money; or who is listening to priorities for frontline communities. Or you could look at who is thinking about climate change from the most practical political perspective of all, which involves robust executive action.

Here’s how they could start.

Democrats don’t have to reinvent the wheel on executive action. Stymied by Congress during the cap-and-trade battles of 2010, the second-term Obama administration looked at how executive powers could be used to address greenhouse gas emissions. The strategy could be modeled after the Climate Action Plan that the Obama administration released in 2013, a broad 21-page blueprint laying out cross-agency strategy to cut carbon emissions. The next Climate Action Plan would have to go bigger and come much earlier than a second term to begin making a deep dent in the country’s footprint.

“A test of an incoming president’s actual seriousness about this issue is whether or not the incoming president will do what second-term Obama did,” says Harvard University Environmental Law Program’s Joseph Goffman, a former top EPA attorney, “which is put an encompassing priority across the executive branch to identify and marshal all the tools the executive branch has to promote climate solutions and clean energy.”

Portions of Obama’s plan came too little, too late for the most ambitious reforms to take hold. Trump has had an easier time stalling latecomer initiatives that hadn’t yet fully taken effect under the Obama administration, such as methane limits for oil and gas operations, considering climate costs in public lands leasing, and a slew of energy efficiency standards for new appliances.

Regulations take a long time to draft, finalize, implement, and debate in lawsuits, so an early start for a new administration is necessary for real impact.

Can a president really move the U.S. to 100 percent renewables?

It’s popular to promise 100 percent renewable energy — even if frontrunner Joe Biden isn’t sold on the option. But can the EPA really set a standard that aggressive? The short answer is no, the Clean Air Act grants a lot of broad powers, but they are emissions targets, not a unilateral standard for clean energy.

A new president would have to go back to the drawing board on Obama’s Clean Power Plan, which required states to cut pollution to bring down emissions 32 percent nationally by 2030. Even though it was stalled by the Supreme Court and is facing repeal by Trump, the market has still managed to overtake what was now clearly an overly conservative goal, as coal is being replaced by cheap renewables and gas.

“Notwithstanding the efforts of the Trump administration by 2021 there will have been a significant amount of progress for a new administration to exploit that wasn’t available for the Obama administration,” says Harvard’s Goffman.

If redone today, the EPA could put forward a Clean Power Plan 2.0 that sets a much more ambitious target, all by stitching together the existing powers under the Clean Air Act’s Section 111. “An incoming administration is looking at a landscape, looking at a market, looking at an investment history, and looking, frankly, at a field of data that is much more or will be much more favorable … than the EPA was looking back at 2014 and 2015 when it did the Clean Power Plan,” Goffman says.

Transportation is more of a mixed bag for executive powers than the power sector. Today, it is the biggest source of U.S. emissions, but the executive branch alone could not change urban sprawl, our highway addiction, or clean up all the SUVs already on the road. The first thing to do would be to reinstate Obama’s fleet standards for new passenger cars and light trucks by 2025 and retool new standards that hit zero emissions by a later date, effectively marking an end of gas-powered car sales. In fact, the Obama administration’s jump on regulations have been stalled by Trump.

The same goes for buildings. Commercial and residential count for 40 percent of U.S. pollution, and the Department of Energy has the power to make new appliances more efficient, shrinking that total footprint. That potentially includes refrigeration, heating, and lightbulbs.

Both buildings and transit face limits, but one area the president could pack a major punch is in public lands, responsible for about a quarter of U.S. emissions. A president couldn’t do much about existing fossil fuel leases, but they could place a moratorium on new leasing, much like Obama did for coal.

Cap and trade under the Clean Air Act?

Section 115 of the Clean Air Act has never been tapped by a president, and it offers a new administration broad discretion by giving the EPA power to act if there is reason to believe “any air pollutant or pollutants emitted in the United States” endanger “public health or welfare in a foreign country.”

The section itself is broad and vague enough that with some creative maneuvering of Clean Air Act powers, the EPA could conceivably put a cap-and-trade system forward — not unlike the one that failed in Congress 10 years ago. Few legal experts seriously consider invoking Section 115 a realistic option, given the untested terrain of issuing a new endangerment finding.

There are some things you can’t do without Congress

Obviously we’re not talking about transformative economic change like some of the boldest proposals of a Green New Deal. Executive action wouldn’t lift blue collar workers’ wages and create millions of new clean economy jobs. While the EPA could implement new regulations with an environmental justice lens, that is very different from investing billions directly into programs and infrastructure in frontline communities.

Only Congress can fully meet the demands of building infrastructure, expanding public transit, cleaning up buildings, and investing in frontline communities.

“It’s tough because you really need more than one branch of government to get the results we need,” says Ann Shikany, an infrastructure expert at Natural Resources Defense Council.

Not only does executive action limit the scope of ambition, but there are some risks involved. You see the reverse happening for Trump. In his rush to undo Obama’s climate legacy via the executive branch, Trump lost most of his court fights, racking up an astounding number of failures at over 90 percent on his methane rollback and leasing plans. What a president puts in place is also more easily reversed, through the same mechanisms that allow agency discretion in the first place.

“There’s an inverse relationship between how aggressive you can be and how risky the legal strategy is,” Zevin says. “It’s unclear how far you can go, but the farther you push the more risk you’re creating.”

Climate may finally get its due in the presidential primary debates, but it won’t if the time is spent talking about who cares about climate change more. The real test may be how far candidates see executive powers going on climate, and how early that push may come in their tenure. When candidates say they endorse a Green New Deal, they should explain what that vision really means if Congress is out of the equation.