If the government shuts down, key scientists still have to work over the holidays 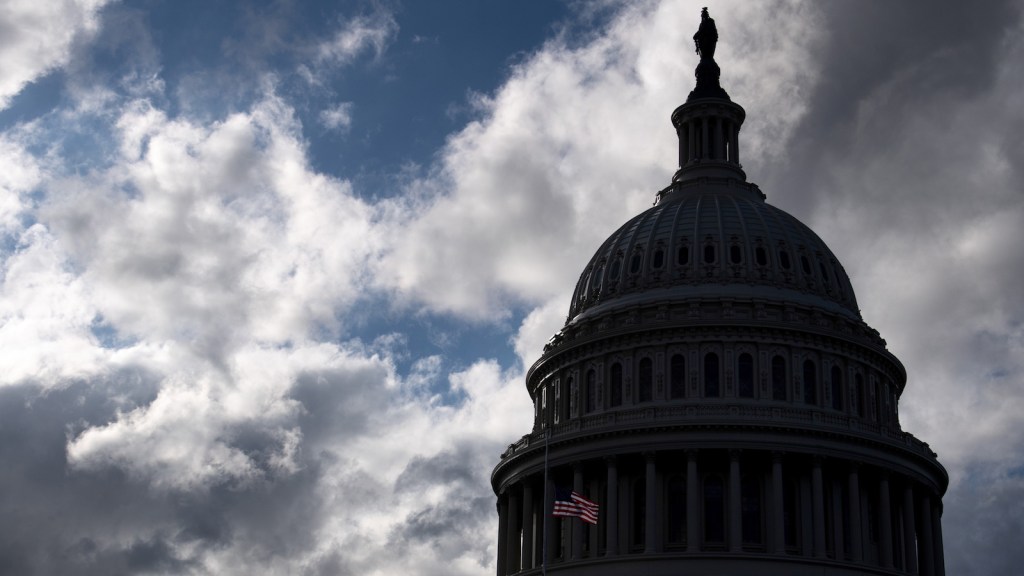 If the government shuts down, key scientists still have to work over the holidays

On the eve of yet another government shutdown, the sprawling federal science and environment apparatus has plunged into uncertainty.

On Friday morning, Trump tweeted that unless Senate Democrats acquiesce to his late-breaking demand for billions of dollars to build his border wall, a shutdown “will last for a very long time.” That means funding for hundreds of thousands of federal government employees will likely end at midnight on Friday, forcing an indefinite period of unpaid leave just before the holidays.

For government scientists (and scientists who receive government funding), that uncertainty will hamper the nuts and bolts of studies already underway, delay the start of planned work, screw up holiday plans, and even threaten public safety.

These effects would be widespread, and in some cases, permanent — and at a time when we don’t have a moment to lose to address our shared climate emergency. And since science is done by actual people, this chaos is personal.

For the National Oceanic and Atmospheric Administration, the parent organization of the National Weather Service, certain “excepted” employees who are considered critical to public safety, like hurricane hunters or operational weather forecasters, will be required to report to work, even without the guarantee of pay. The rest, about 50 percent, will be sent home.

Justin Gibbs is part of that latter 50 percent. He’s a meteorologist at the National Weather Service’s Warning Decision Training Division in Norman, Oklahoma, and works to make sure that all forecasters nationwide are on the top of their game in advance of extreme weather events by preparing courses and conducting trainings, specifically on tornadoes and flash floods.

“I’ll just be furloughed, but I do feel awful for my operational teammates that have everything thrown up in the air,” Gibbs said. “I think we would all much rather be able to focus on executing the mission and doing our jobs.”

Nick Underwood, an “excepted” NOAA hurricane hunter based in Tampa, Florida, is a government shutdown newbie. It’s not hurricane season, so there will very likely be no hurricanes to chase, but according to the laws that govern shutdowns, all approved leave is cancelled — which includes holiday plans. That could make it illegal for Underwood to take a day off, even though he knows he’ll have nothing to do.

“There’s no crystal clear direction of what the actual interpretation of the law is,” Underwood said. “Talking with coworkers who have been through shutdowns before like the one in 2013 — the guidance changes every time.”

Morgan Barry, a forecaster at the National Weather Service Forecast Office in Mobile, Alabama, told me the shutdown is causing her additional holiday anxiety. Since she is considered an essential employee, she would be required to work after initially requesting Christmas off.

“I did not have any grandiose holiday plans, but I was hoping to have time off to relax and just enjoy life for a day or two,” Barry said. And then there’s the financial hit — she says she has a “small emergency fund,” but after paying for presents for her family and with no guarantee of pay in the short term, she’s a little anxious. “All I can think of is ‘what happens if my car breaks down on the way to work’ or ‘what if I get really sick and have to go to the hospital?’” she said.

Since Stephen Clouse, a contractor who works to maintain the weather.gov website, isn’t a government employee, he’ll be sent home. “Most of us are pretty passionate about what we do in the public sector, so all this mess just hurts the organization and delays great things we’re working on,” he said.

NASA, which manages climate-related satellites, submitted a revised shutdown plan to the White House this week. The plan would restrict the agency to the “protection of life and property.” That may mean that the maintenance of weather and climate-tracking satellites already in space would continue, but their data may not be available on the NASA website — removing access to critical tools that scientists use for public safety.

The Environmental Protection Agency’s contingency plan says that it plans to use funds carried over from previous years to keep most of its staff in the office for at least two weeks, although it would halt cleanup at Superfund sites. The National Parks Service, in contrast, would leave National Parks open and unattended, prompting concern for the safety of wildlife and visitors.

One piece of good news is that NORAD — the North American Aerospace Defense Command, a part of the U.S. military — has promised to continue its annual tradition of tracking Santa on Christmas Eve, technically a volunteer activity for which employees are not paid.

In the event of a government shutdown, NORAD will continue with its 63-year tradition of NORAD Tracks Santa on Dec. 24. Military personnel who conduct NORAD Tracks Santa are supported by approximately 1,500 volunteers who make the program possible each and every year. pic.twitter.com/fY0oyjrdDc

And there’s a risk that the shutdown will cause lasting scientific harm. Mike MacFerrin, a polar scientist at the University of Colorado, applied this summer for a federal grant to study the Greenland ice sheet and collect priceless data to further our understanding of the potential for rapid sea level rise. He’s waiting to hear back on the grant any day now, but he’s not sure if the trip will happen, even if he finds out he been awarded the grant.

An extended shutdown “could tank the project, or put it off for a full year, even if we eventually get approved for funding,” MacFerrin said. “The stress is a background cloud that is always there, and this makes the cloud a little darker.”