It’s sort of a stressful time to be alive. On the one hand, there’s more momentum behind the climate movement than ever before. On the other hand, we’ll have to do a whole hell of a lot to make a dent, and fast. Wouldn’t it be nice to get a peek into the future, say, that 2050 deadline everyone’s always talking about, to see if — and how — we ended up turning this ship around?

Enter: Carbon Ruins, the museum exhibit from the future.

Set in 2053, Carbon Ruins inhabits a near-future world where we managed to get our collective shit together, reaching global net-zero carbon dioxide emissions goals in 2050. 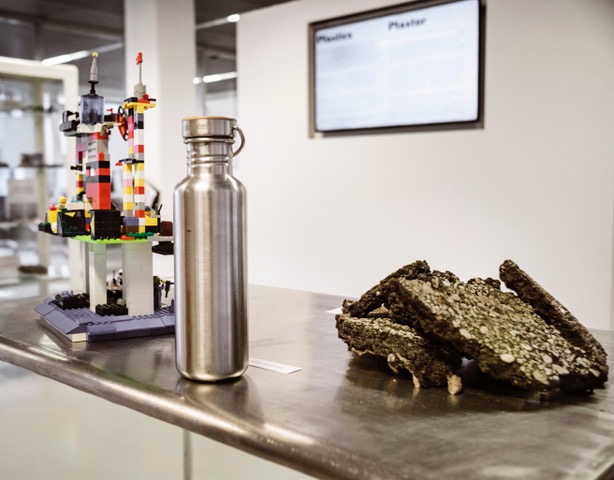 Legos, a steel bottle popular in the 2010s, and petroleum-based asphalt from 2019. Håkan Röjer / Lund University

The exhibit, which is currently housed in a church in Lund, Sweden, looks back at remnants from “the fossil age.” In display cases, familiar objects, like frequent flyer cards, nylons, and Legos, become oddly foreign from the perspective of a future where they’ve been totally abandoned.

“The thing that stood out to me most about being in a museum from the future was how absurd today’s society seemed when looking ‘back’ at it,” said Anna Romeling, an undergraduate at Lund University who recently visited the exhibit. Take astroturf, for example: “It’s hard to even see how grass made out of plastic felt like a good idea in the first place,” Romeling said.

But the idea isn’t just to condemn the carbon-hungry folks of the present (er, past, rather): It’s to show a realistic vision of how the materials and mindsets of our time fell out of vogue, and made way for something different. 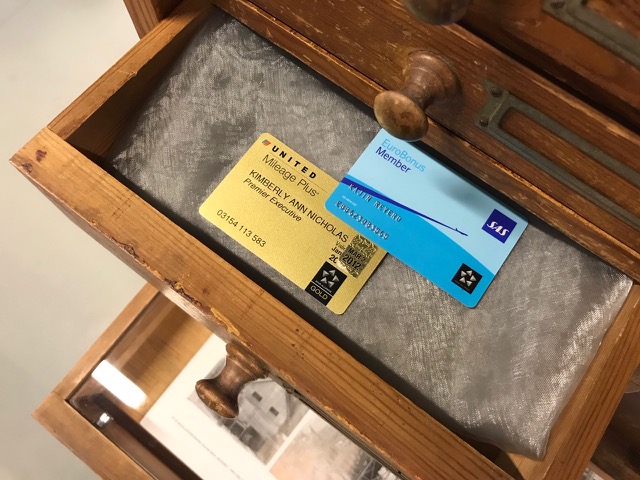 The route to fossil-freedom isn’t without sacrifice, said Johannes Stripple, project coordinator for Climaginaries, the team of researchers behind the exhibit.

Carbon Ruins doesn’t shy away from those losses. Legos, for one, are out, thanks to protests “held outside LEGO where oil dripped onto the hands of children, clothed in white.” The last fast-food hamburger, perched under a clear glass dome, was served in 2038 after society transitioned first to plant-based protein and then to in-vitro meat (don’t worry — “people still put slices of protein between buns,” says the burger’s placard). Frequent flyer cards sit unused in a desk drawer: “More emissions equaled more admissions,” their placard reads. “A vicious cycle of fly-buy-fly-buy.” 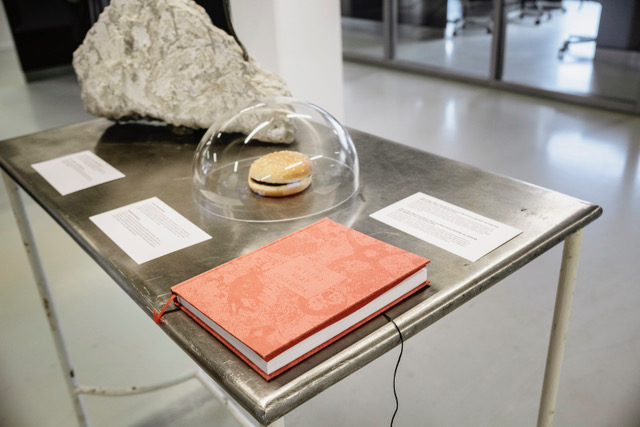 The last fast-food hamburger, served in 2038. May it rest in peace. Håkan Röjer / Lund University

And in that sense, Carbon Ruins is undoubtedly optimistic. Its designers hope it feels that way, too.

“Something happens when we’re already in the future looking back at the change that has already happened,” said Caroline Mårtensson, a Climaginaries artist who helped design the exhibit. “In general, people seem to be able to relate more openly, and they don’t get defensive in the same way. All my work is about that — how to get people to overcome their psychological barriers, and really do something that speeds up the transition.”

Of course, Carbon Ruins also shows the new technologies and ways of life that replaced our ill-advised fossil-fuel dependencies. Expansive highways are replaced by communities where walking and biking is the norm. Meat and dairy — despite some hard feelings toward the “militant vegan terror-cells” of the 2020s — are consumed far less, and vast swaths of land once used for agriculture have returned to their pre-industry splendor.

We did what we had to do to stop perpetuating climate change, and life seems pretty damn good.

“It was quite nice to be in the zero-carbon future for an hour,” said Romeling, the student. “It felt both comforting and motivating for someone like myself who worries a lot about the climate.”