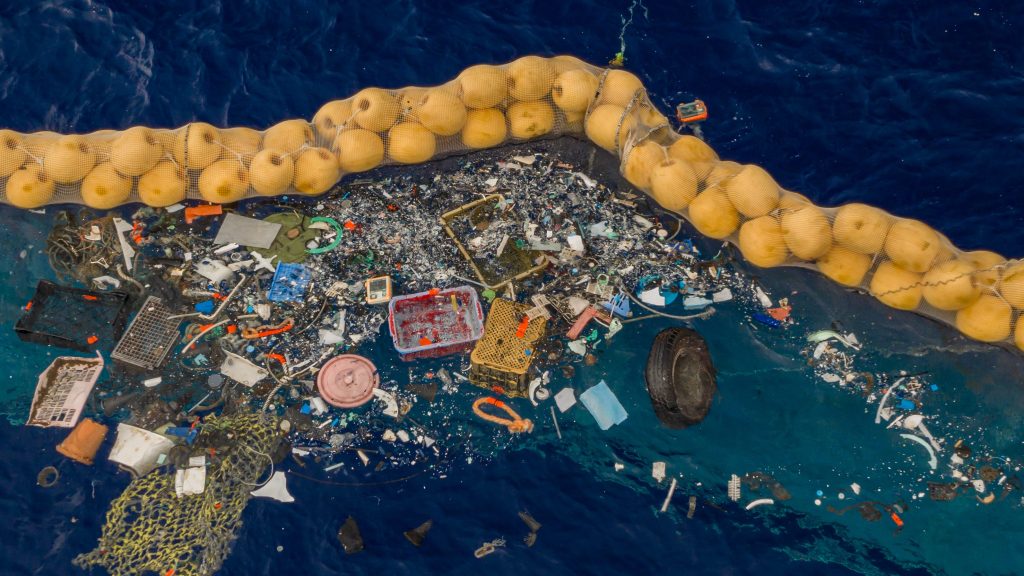 Well, folks, there’s a first time for everything — the Ocean Cleanup project has successfully deployed a device that collects plastic pollution.

Also, anyone missing a wheel? pic.twitter.com/Oq0rkXO3TH

It only took six years, tens of millions of dollars, and a few unsuccessful attempts (or “unscheduled learning opportunities,” in the words of 25-year-old founder and CEO Boyan Slat). The nonprofit’s prior, unsuccessful designs failed to catch any plastic, broke, or overflowed.

The new system even managed to pick up 1-millimeter microplastics, which Ocean Cleanup described as “a feat we were pleasantly surprised to achieve” in a press release.

Now that it finally has working technology, the Ocean Cleanup project hopes to scale up its fleet of 2,000-foot long, plastic-capturing, floating booms. The goal is to remove 50 percent of the Great Pacific Garbage Patch in the next five years, and 90 percent of ocean plastic by 2040, an effort it estimates will require around 60 devices.

The project has drawn criticism over the years from scientists who argue it provides false hope and is disruptive to marine life. All that money and effort would be better spent diverting the 8 million tons of plastic that enter the oceans every year, the thinking goes.

To his credit, Slat acknowledges the importance of preventing pollution, not just cleaning it up. And his team of more than 80 scientists and engineers have also done some research that has contributed to what we know about the sources, scope, and nature of ocean plastic pollution — although their conclusions are controversial.

The first pieces of plastic gathered by Ocean Cleanup are on their way back to the U.S. to be recycled. Is it a perfect solution to the problem of ocean pollution? Probably not. But at the very least, we can all celebrate today knowing that the Dutch 18-year-old from that TED Talk, who saw plastic while scuba diving and asked, “Why don’t we just clean it up?”, is that much closer to his dreams coming true.