“If we had dressed in office clothing to meet the standards of D.C.,” says Wanda Culp, who wore vibrant red, blue, and black robes, “we would have just melted into the crowds that were going into those offices every 15 to 30 minutes.”

In March, Culp and three other indigenous women traveled to Washington, D.C., from their home in Southeast Alaska, to meet with lawmakers in an attempt to persuade them to protect the Tongass National Forest. As part of a delegation organized by Women’s Earth and Climate Action Network (WECAN), a nonprofit group that engages women worldwide in environmental advocacy, they walked the halls of Congress wearing formal Tlingit regalia instead of pantsuits and plain dresses. “We stood out that way,” explains Culp, who is part of the Tlingit people. “We couldn’t be ignored.”

The nearly 17 million acres of the Tongass cover most of Southeast Alaska. “When you walk into the old groves of timber, I would describe it as walking into a cathedral,” says Joel Jackson, president of the tribal group, Organized Village of Kake. The memory of the damage to the forest from clear-cut logging before the turn of the century is still clear in the minds of native people like Culp and Jackson.

“I grew up when the forest was all the way around us. It was a better place to live. Then the logging started,” says Jackson. “We are looking out not only for the next few generations, but seven generations ahead of us. What are we going to leave their children?”

WECAN executive director Osprey Orielle Lake notes, “If you destroy the Tongass Forest, if you destroy the ecosystem, the salmon, the rivers, the trees, you also are committing cultural genocide against indigenous people because they are the land the land is them.” 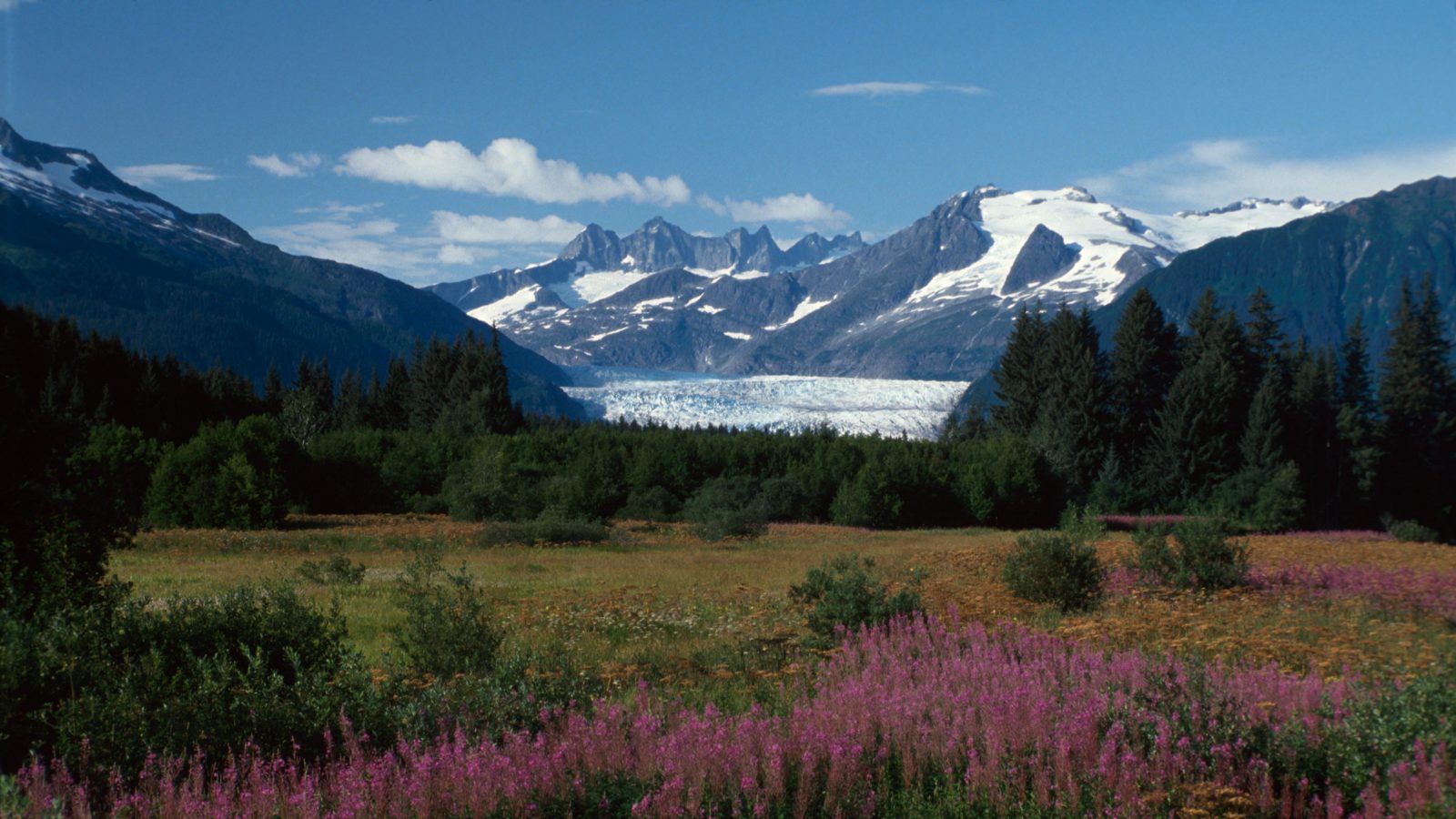 Beyond the beauty of the Tongass and the forest’s importance for native groups who hunt deer, gather berries, and catch salmon there, it’s also one of the most significant carbon sinks in the world. According to Earthjustice, “The Tongass stores hundreds of millions, if not over a billion, tons of carbon, keeping the heat-trapping element out of the atmosphere.” But now, new threats to the Tongass are imminent. The Washington Post reported at the end of August that President Trump “instructed Agriculture Secretary Sonny Perdue to exempt Alaska’s 16.7-million-acre Tongass National Forest from logging restrictions imposed nearly 20 years ago.”

As Culp and other native people know, the fight started long before this summer. After years of activism, the Roadless Rule, which is enforced by the USDA Forest Service, was established in 2001. The rule protects over 50 million acres of roadless areas throughout the U.S., but 19 days after it was adopted, the State of Alaska filed a lawsuit to challenge its protection of the Tongass. The U.S. Forest Service agreed to temporarily exempt the Tongass from the rule at the end of 2003, but courts overturned that decision in a battle that almost reached the Supreme Court in 2016, but the court declined the case. A remaining avenue to maintain protections for the Tongass lies with Congress, where Senator Maria Cantwell, a Democrat from Washington, and Representative Reuben Gallego, a Democrat from Arizona, introduced the Roadless Area Conservation Act in May.

“Governor Dunleavy, previous governors, and our congressional delegation, have all worked towards an Alaska-focused solution to the Roadless Rule,” Matt Shuckerow, press secretary Alaska Governor Mike Dunleavy, said in a statement to Mother Jones. “Governor Dunleavy has raised this issue with the Trump administration, including both the President and Secretary Perdue, on numerous occasions.”

Shuckerow’s phrase “Alaska-focused solution” sidesteps a more central question: A solution for which Alaskans? The U.S. Forest Service is currently considering the State of Alaska’s petition to exempt the Tongass from the Roadless Rule, which would mean as many as 9.5 million acres of the forest could face logging and other projects that would jeopardize the fragile ecosystems of the world’s largest intact temperate rainforest. The two-year rule-making process is scheduled to end June 1, 2020. “We continue to work with our federal partners towards solutions that support economic growth and opportunity,” Shuckerow wrote in the statement.

Opportunities for growth and opportunity in the Tongass may not be restricted to reviving the timber and mining industries in Southeast Alaska though. According to a 2018 report by the Southeast Conference, a regional development organization, the timber industry accounts for less than 1 percent of employment in Southeast Alaska and mining constitutes just 2 percent of jobs. Advocates point out that logging and mining in the Tongass would damage the tourism and seafood industries, which account for much higher employment: 8 percent of Alaskans work in the seafood industry provides and 17 percent in tourism.

“If this rule is changed, it’s going to enhance the extraction business, but at the detriment at what we would call the new economy: tourism and salmon fishing,” says Dan Blanchard, CEO of UnCruise, a tourism company which takes trips to the Tongass. “To set the clock back just seems insane to me.”

Even though the effort to remove Roadless Rule protections for the Tongass has been in force since the rule was first adopted, there is one significant difference today. Trump has repeatedly supported gutting environmental protections in favor of industry, whether it’s reducing energy efficiency rules for light bulbs or rolling back fuel efficiency standards for cars.

There is no group more vulnerable to the destruction of the Tongass than indigenous groups who hunt, fish, and gather in the forest, especially given the importance of the forest in fighting climate change. “Everything that we harvest off the land is being changed because of this global warming issue,” Culp explains. “It doesn’t seem like anybody is screaming the sky is falling and it is.”

In 2016, the Geos Institute published a report on the Tongass. “Because it is one of the world’s last relatively intact temperate rainforests, and it has a maritime climate, the Tongass is Alaska’s first line of climate change defense and a climate refuge for its world-class salmon and wildlife populations,” the report says. “Logging of the Tongass rainforest produces greenhouse gas emissions that damages the region’s contribution to a safe climate.” This summer, the fires in the Amazon rainforest captured international attention for its devastation of a crucial buffer against increasing emissions. Meanwhile, the Trump administration continued to consider removing protections for one of the largest carbon sinks in the world.

Culp says that during their meetings with lawmakers in Washington, “We were able to tell our side of the story.” The four indigenous women from the Tongass explained “how we live off the land traditionally yet we’re a living culture as a Tlingit people.” Culp adds with a laugh, “We’re used to seasons, tides, and weather, not the clock, but we made it to all of the meetings.”

Adrien Nichol Lee, another Tlingit woman who participated in the delegation to D.C., notes that colonization has posed challenges. “We work really hard to keep cultural connections with our ways of making regalia and harvesting from our forests,” she says. “It’s not okay for us to not be us as a people because of others. It’s a big world out there. There should be lots of diversity, but we shouldn’t be feeling like we’re getting wiped out.”