Indonesia might need a new capital because of climate change 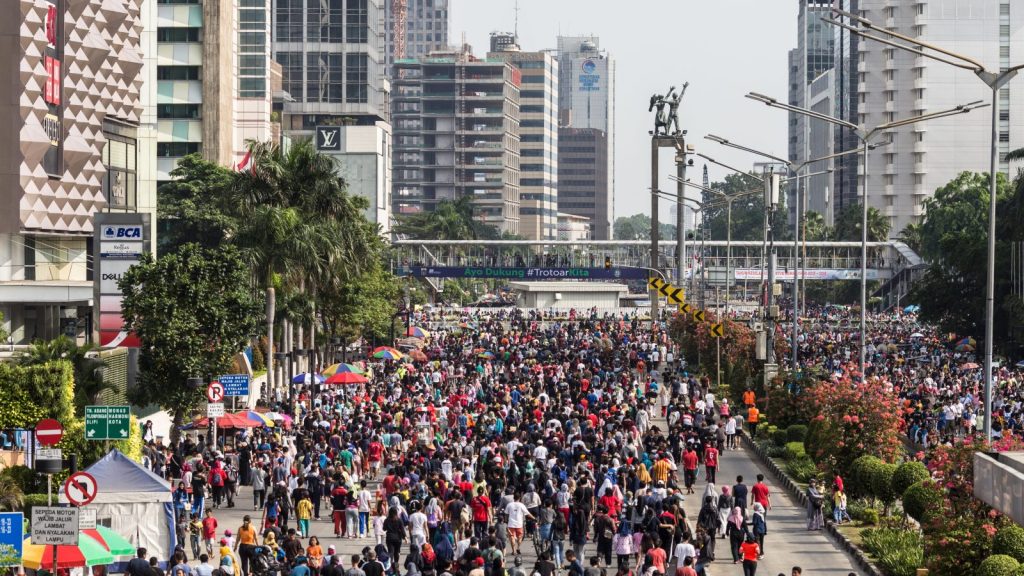 Indonesia might need a new capital because of climate change

Indonesia’s capital, Jakarta, has its fair share of problems: terrible traffic that can turn a 25 mile drive into a two hour endeavor, dangerous air pollution, and the largest uncovered landfill in Southeast Asia. And now, with climate change in the mix, 10 million people live in one of the fastest sinking cities in the world.

Jakarta, built next to the Java Sea with 13 rivers criss-crossing the city, is sinking as fast as 9 inches a year in some neighborhoods. The problem is compounded by unlicensed groundwater extraction, which empties aquifers and causes the ground to cave. Right now, about half the city is below sea level. By 2050, if emissions aren’t drastically cut, 95 percent of Northern Jakarta is expected to be submerged.

Indonesia’s likely re-elected President Joko Widodo’s solution? Change the capital. In a closed cabinet meeting on Monday, Widodo made the decision to move the executive branch and associated ministries and parliament to a new city. Which city? He opened the discussion on Twitter:

“Jakarta now bears two burdens at once: as a center of government and public services as well as a business center,” Widodo tweeted. “Where do you think Indonesia’s capital should be?”’

Widodo isn’t the first to suggest relocating Indonesia’s capital. In 1957, Indonesia’s first president, Sukarno, suggested that very thing. Every so often, presidents have brought up the issue to no avail, to the point where Indonesian residents are skeptical that the move will ever occur. And many are not sure they want it to, either.

“You don’t solve a problem by just moving it away,” Elisa Sutanudjaja, director of the Rujak Center for Urban Studies, told The Guardian. “Jakarta is quite similar to Tokyo in the 1960s, with its land subsidence, flooding, natural disasters and overcrowding. If you really want to solve the problem then they should tackle it, not just move it.”

That being said, this might be the time it finally happens. Things are approaching a tipping point, with natural disasters like last week’s floods increasing in regularity and severity. As Jakarta’s population continues to grow, and unsanctioned water extraction and climate change pull Jakarta below sea level, it’s about time that something happens.