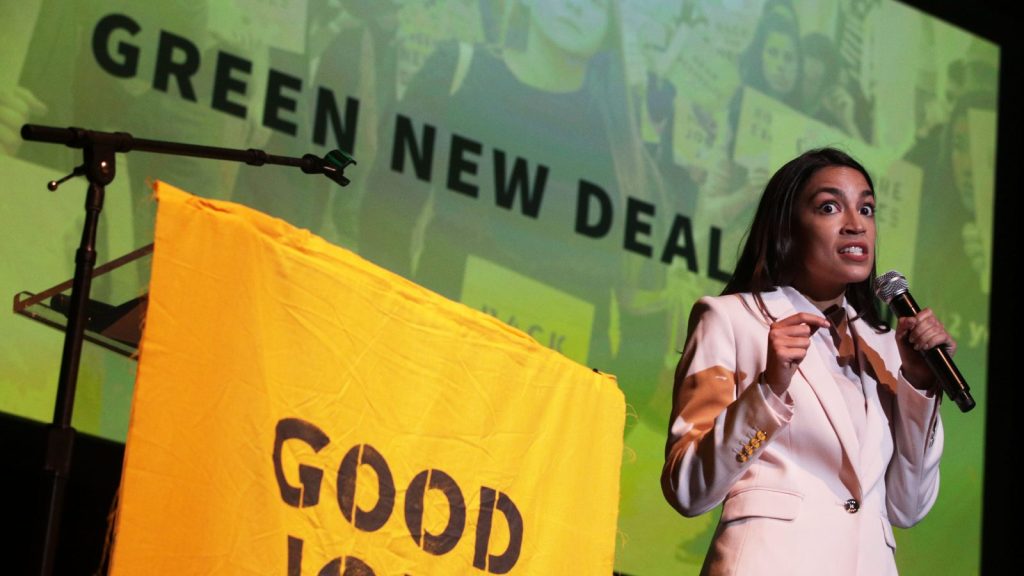 The Sunrise Movement has had a big year: The climate activist group staged a protest in Nancy Pelosi’s office, helped spur a standoff between kids and California Democrat Dianne Feinstein, and had a meeting with Beto O’Rourke that resulted in the candidate taking a pledge to eschew fossil fuel donations. Sunrise activists are known for coming in real hot and pushing the Green New Deal like their lives depend on it. The next piece of their climate plan is no different.

On Monday night, the group hosted a rally in Washington, D.C., featuring two of the patron saints of the current climate movement: Representative Alexandria Ocasio-Cortez and Senator Bernie Sanders. At that rally, between jabs at Joe Biden’s alleged “middle of the road” climate approach and stabs at the fossil fuel industry, Sunrise unveiled the next rung of a ladder that the group hopes will lead all the way to the White House.

Here’s how the group aims to center the 2020 presidential race around climate change, even though the main Republican contender has one of the most severe allergies to climate action doctors have ever seen.

Sunrise hopes to get Democratic candidates to accept their three key demands: Candidates must sign the No Fossil Fuel Money Pledge, make the Green New Deal a priority on day one in office, and call on the Democratic National Committee to host a climate debate. The group says it is in the process of mobilizing its network of thousands of volunteers across the nation to put pressure on the candidates to meet its demands.

Sunrise is also organizing a demonstration at the presidential debate in Detroit beginning on July 30, the deadline for candidates to accept the aforementioned three demands. The group says it will host a parallel event featuring speakers and stories from folks on the frontlines of the climate struggle.

Will 2020 candidates buckle under pressure? We’ll see. But it’s clear from the rapid-fire way Beto took the no fossil fuel money pledge that Sunrise’s tactics have left a serious impression on the presidential hopefuls: No one wants that awkward Feinstein moment.