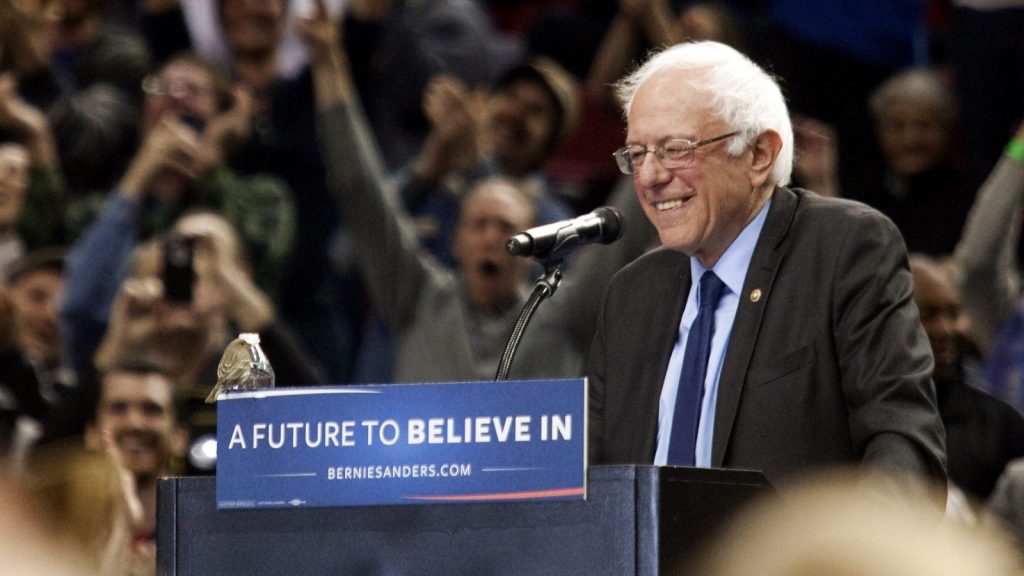 The Democratic Party omitted any mention of climate change in its rebuttal Tuesday to President Donald Trump’s first State of the Union address.

In his speech, Democratic Representative Joe Kennedy of Massachusetts didn’t bring up global warming, sea-level rise, or the surge in global greenhouse gas emissions, which threaten to become worse as the Republican White House ramps up fossil fuel production to unprecedented levels.

The 37-year-old former prosecutor and grandson of Massachusetts Democrat Senator Robert F. Kennedy, who was assassinated in 1968, lamented the Trump administration’s “all-out war on environmental protection,” made a passing reference to a “coal miner” and lionized Americans with the courage to “wade through floodwaters, battle hurricanes, and brave wildfires and mudslides to save a stranger.”

Yet, like Trump, the Democrat neglected critical milestones in the climate crisis in his speech. Last year marked the world’s second-hottest year on record. The U.S. racked up a record $306 billion in climate-related damages. And fossil fuel emissions hit an all-time high as the rate of carbon dioxide pollution began increasing for the first time in three years.

Drew Hammill, a Democratic spokesperson, did not immediately respond to a request for comment.

This comes against the backdrop of Trump dismantling U.S. policies to reduce greenhouse gases and slashing funding for research. The president, who has long mocked scientists’ warnings on climate change, announced plans to withdraw the United States from the Paris climate accord, which has been signed by every other nation on Earth. In October, the Environmental Protection Agency proposed the repeal of the Clean Power Plan, the federal government’s only major policy to reduce emissions. In his inaugural State of the Union address, Trump declared an end to a “war on American energy.” He took credit for the boost in fossil fuel exports that began under President Barack Obama, and he celebrated the end of a “war on beautiful, clean coal,” a bizarre statement at odds with the continued closures of coal-fired plants and the high-profile failure of a carbon-capture coal plant last year. The president noted “floods and fires and storms,” but did not mention the overwhelming scientific consensus that a warming planet has made the weather events worse.

The GOP remains the only major political party in the developed world to oppose the widely accepted science behind human-made global warming as a platform issue. Yet Democrats’ criticism has focused more on their opponents’ climate denialism than on policies to drastically curb emissions, leaving the party without any grand vision to address what they routinely call the greatest environmental challenge of a lifetime. A tax on carbon ― the policy proposed by Reagan-era economists and nominally supported by Big Oil ― remains the foremost idea on the table.

Kennedy’s dynastic roots and impassioned speeches defending health care laws have made him a rising star in the party. While he isn’t known for his environmental stances, he earned a 96 percent lifetime score on the League of Conservation Voters’ ranking.

Even the State of the Union statement issued by Rhode Island Democratic Senator Sheldon Whitehouse, considered one of the most hawkish Democrats on climate issues, snubbed climate change. He did, however, rail against the Trump administration’s plans to open nearly all federal waters to oil and gas exploration, noting that the proposal put “the local commercial fishing industry and the Ocean State’s coastal economy in harm’s way.”

“How can a president of the United States give a State of the Union speech and not mention climate change?” he said in his own rebuttal. “No, Mr. Trump, climate change is not a ‘hoax.’

“It is a reality which is causing devastating harm all over our country and all over the world, and you are dead wrong when you appoint administrators at the EPA and other agencies who are trying to decimate environmental protection rules and slow down the transition to sustainable energy.”

Sanders is scheduled to participate in a “Climate State of the Union” on Wednesday evening hosted by the environmental group 350.org.