Is it too soon to joke about a disaster that hasn't happened? The New York Times thinks so 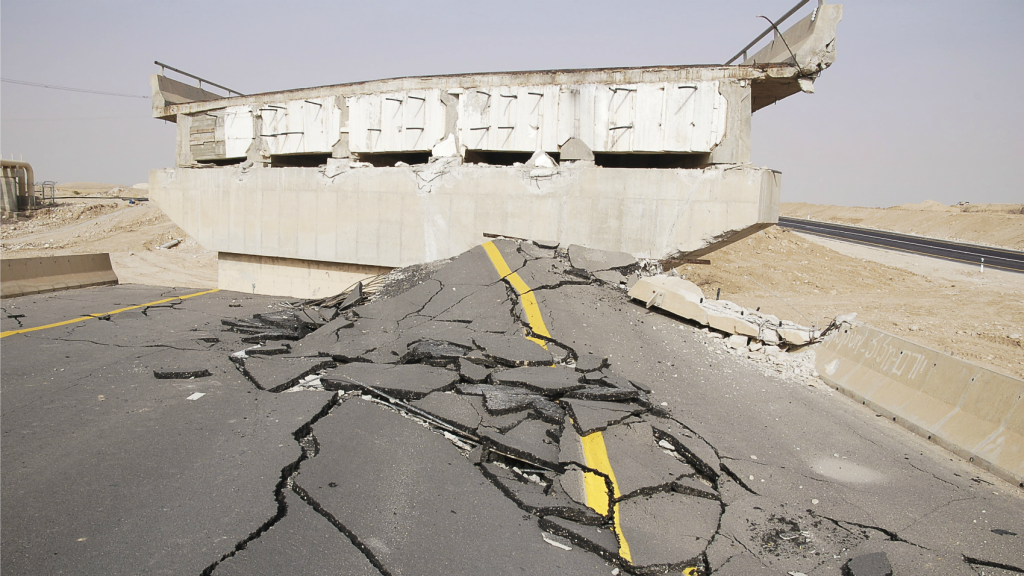 Shutterstock
Shake It Up

Is it too soon to joke about a disaster that hasn’t happened? The New York Times thinks so

This week, I learned it can be too soon to make fun of a tragedy that hasn’t even happened yet. On Sunday, “The good news about the earthquake that will destroy the Northwest,” my darkly optimistic take on Kathryn Schulz’s New Yorker story about an earthquake predicted to decimate Seattle, was featured on the New York Times blog Dot Earth. Andrew Revkin, the blog’s author and a prominent environmental writer, was not amused by my work.

Schulz’s New Yorker piece, “The Really Big One,” was terrifying, especially for those of us who live or work west of I-5, which, according to one scientist Schulz interviewed, will be “toast.” “West of I-5” includes the Grist offices, and considering that my colleagues and I spend most of our waking hours right here in the toast zone, we all reacted strongly to Schulz’s piece. Hell, the whole city — the whole region — reacted strongly to Schulz’s piece. It’s all anyone’s been talking about. You run into your neighbor at the Safeway and she asks if you’re stocking up on bottled water. You’re in an elevator at work and someone wonders aloud about earthquake codes. We’re all seriously freaked out: Every time a dog barks in Seattle, someone crawls under a table. So our response at Grist was basically to make fun of the whole thing. “Gloom and doom with a sense of humor” is a mission statement some of us take to heart.

And this, Andrew Revkin wrote, was not OK. This line, in particular, he found distasteful:

Yes, it’s stressful to know that you’re going to die in one of Seattle’s 30,000 predicted landslides, but look on the bright side: The carbon footprint of your lifeless body sliding downhill is zero.

Personally, I thought it was pretty funny (though maybe my tastes run a little dark). But as Revkin wrote on Dot Earth, “Why waste electrons distributing a blithe listicle? The only reason I can think of is that Grist is trolling for page views more than seeking social and environmental progress?”

I have two complaints about Revkin’s response: 1. My piece may have been blithe, but was not a listicle. It was a thousand-word article with a few numbered bullet points. 2. We weren’t “trolling for page views” (although thanks to Revkin and other sources, we have gotten quite a few). Rather, we were trying to open a release valve in a moment when people around us were feeling really anxious and shitty — in a moment when we were feeling really anxious and shitty. We live in Seattle. Schulz’s article was about our city and our future, and while we can (and have) stocked up on water and thought about meeting places, there is nothing any of us can do to prevent a disaster that could happen at literally any second. Sure, we could move, but, personally, I’ll take an earthquake over relocating to one of the 47 states without legal weed any day. What’s there to do but laugh about it?

But Revkin brings up a good question: What’s the value of humor in the face of disaster?

To answer this question, I turned to a professional: Eugene Mirman — comedian, Grist board member, and the voice of Gene on Bob’s Burgers. Eugene said:

Lots of people cope with terrible news in different ways and one of those is humor. That doesn’t mean that all jokes for all situations are appropriate, but for myself and many others, humor is a way to process all kinds of information, including very sad news. I also think humor is a good way to reach tweens, Millennials, and the extremely infirm, who can’t be reached through traditional, long-form articles full of well researched, upsetting data. I happened to not see the New Yorker article and found out about the possible earthquake through Grist. I’m sorry if that makes me impure and deficient. Like most Eastern-European immigrants, one of my great fears is attending a cocktail party and being voted down for not having seen something through the proper channels.

People turn to humor surprisingly soon after tragedy. Peter McGraw, director of the Humor Research Lab at the University of Colorado, Boulder, surveyed over 1000 people after Hurricane Sandy, and found that Sandy jokes reached their peak a mere 36 days after the storm. Sometimes it’s even sooner. McGraw pointed out that The Onion’s 9/11 issue — published just two weeks after the event — was one of their most lauded. “People were incredibly grateful to The Onion,” said McGraw. “There was sort of this no-comedy zone that happened after 9/11 and it wasn’t clear when it would be OK to begin making jokes again. People didn’t say it was ‘too soon’ because it was so funny.”

I can’t argue that my piece was as funny as The Onion’s 9/11 issue (with headlines like “Dinty Moore Breaks Long Silence On Terrorism With Full-Page Ad,” I know that it’s not), but considering the earthquake I was writing about hasn’t actually happened yet, it’s hard for me to see how people were so offended. One of the commenters on Revkin’s article said my piece was “disgusting.” He’s wrong. The disgusting thing isn’t finding the humor in a dark situation. The disgusting thing is that Schulz’s beautiful, horrifying article will likely change nothing. With few exceptions, our state leaders have been largely silent: The only response I’ve seen from Seattle’s Mayor Ed Murray and Washington’s Gov. Jay Inslee are tweets linking to the state’s emergency management website. That’s not enough. What we need is an early warning system, something that could buy us precious time in the moments preceding the quake. We can hoard batteries and nutritional blocks until our bunkers are full, but without an early warning system, we will be screwed when this earthquake hits. It’s not making jokes that’s the problem; the problem is doing nothing at all.

After the earthquake, when our cities have crumbled and our coast is in ruins, will we remember Schulz’s article and wonder how we let this happen? I hope not, but if so, I promise not to write a blithe listicle about it the next day. Thirty-six days later? We’ll see — assuming, that is, I survive.