The good news about the earthquake that will destroy the Northwest 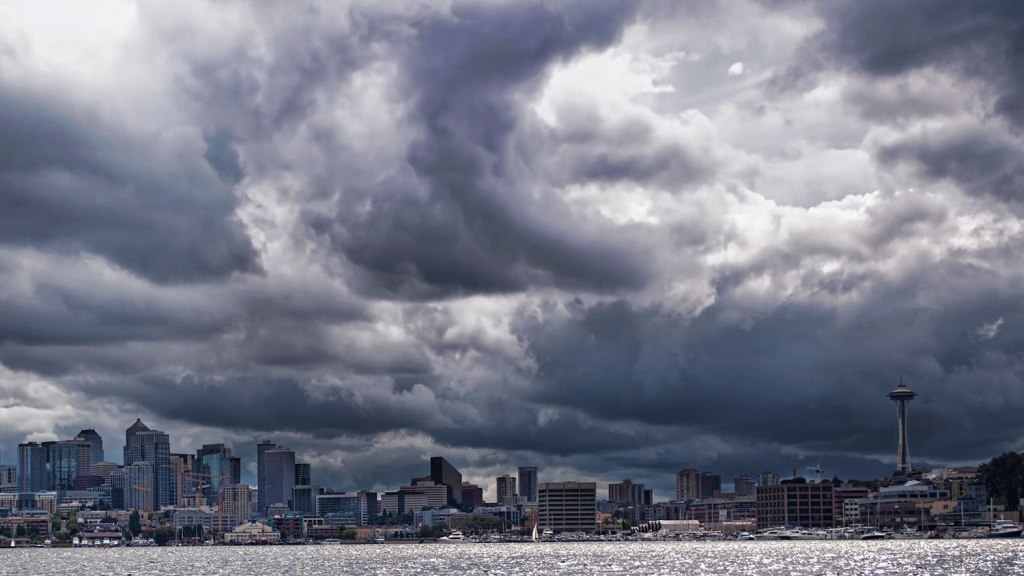 The good news about the earthquake that will destroy the Northwest

Like many Seattle residents, we’ve been not-so-quietly freaking out about the recent New Yorker article by former Grist managing editor Kathryn Schulz describing the earthquake that is inevitably going to crack apart the land we call home. Unbeknownst to most of us on the Grist staff when we moved to this quiet Northwestern city, Seattle is located on a sleeping fault line called Cascadia — and it’s roughly a century overdue for the Big One, according to geographers and seismologists. And they do mean the Really, Really Big One. Schulz writes:

When the next full-margin rupture happens, that region will suffer the worst natural disaster in the history of North America …. FEMA projects that nearly thirteen thousand people will die in the Cascadia earthquake and tsunami. Another twenty-seven thousand will be injured, and the agency expects that it will need to provide shelter for a million displaced people, and food and water for another two and a half million.

Because the Pacific Northwest has no early warning system, the first clue that we’re about to die, Schulz writes, will be “a cacophony of barking dogs and a long, suspended, what-was-that moment before the surface waves arrive.” The ground will then shake. Glass will shatter. Buildings, roads, and bridges will collapse. The electrical grid will fail. The steep hills of Seattle will become unmoored as the ground that normally holds us up actually liquefies. Minutes after the shaking stops, the water will rise from Puget Sound in “a seven-hundred-mile liquid wall.” No big deal!

This scenario — which, Schulz says, has a one in 10 chance of playing out in the next 50 years — is terrifying, and here at Grist, we’ve been coping in various ways. One of us ordered $150 worth of nutritional blocks and a hand-cranked radio, others started bringing our dogs to work as a sort of DIY early warning system, and more than a few of us have been campaigning to get the Grist offices relocated to the top of a hill instead of the low-lying death zone in downtown Seattle where we are now. Sadly, all these efforts will likely be futile, and the best we can hope for is to perish in the first wave of the disaster, saving us from a dirty and stress-filled existence with no electricity, water, sewer, or Netflix for the next few decades.

However! There is an upside to all things, even the collapse of our beloved city, and so instead of continuing to pull out our hair and stockpile goods, we’ve decided to look on the bright side. Here are a few problems the Cascadia Quake will wipe clean off the map.

Seattle is one of the fastest-growing cities in the country, and also one of the fastest-gentrifying. But after Cascadia, any luxury condos and artisanal cheese shops that remain will be free rein for squatters. Never thought you’d be able to afford a home in the city? Just find an empty one and move yourself in! Choose well and you might even get a wine cellar.

Say goodbye to shin splints! After Seattle is flattened and the land has fallen into the sea, the pain of slogging up massive hills will be just a memory. Calf pain, sore quads, boob sweat on your walk home from work? Forget about it! And everything else, because you’ll be dead.

What will it take to get Bertha — the very large and very broken tunnel-boring machine that has been sitting underneath Seattle for over two years — unstuck? A massive earthquake! Where will she end up? Nobody knows! It depends on how far a 2,000 ton piece of machinery can fly through the air.

You know who’s going to get it worse than Seattle? Portland! We’re glad to see the tectonic plates agree with us that our annoyingly precious sister city is getting too big for her Etsy britches and needs to get sent back to the dark ages. (Literally. It’s going to be really dark.)

The mega retailer we love to hate (and yet purchase emergency flashlights from anyway) may store its data in the cloud, but who’ll be left to run that cloud after all the tech workers fall into a crack in the earth’s mantle? No one, that’s who! Take that, you bookstore-killing corporate behemoth! It’s gonna be hard to enjoy those stock options when you’ve eaten all the free snacks and are starving to death in your exclusive utopian headquarters.

Traffic here sucks, guys! It’s really really bad! Or, at least it was until Cascadia splintered all the roads into tiny shards of concrete, ushering in a new, pedestrian-centered transit approach in Seattle. Keep an eye out for protruding rebar on the sidewalk, though. Also, bodies.

The Pacific Northwest may be home to more hemp-wearing, compost-toileting tree-huggers than the rest of America, but we also use our fair share of resources (it takes a lot of electricity to keep these marijuana farms running). Thousands of fewer bodies to feed and homes to power can only be good for the climate. Yes, it’s stressful to know that you’re going to die in one of Seattle’s 30,000 predicted landslides, but look on the bright side: The carbon footprint of your lifeless body sliding downhill is zero.

See? Even the continent’s worst natural disaster has a silver lining. Granted, we may not be around to enjoy these perks, but as we were walking into the death zone that is downtown Seattle this morning, it was hard not to look at this beautiful, intact city — Mount Rainier in the distance, a bright, cloudless sky above, Puget Sound waiting calmly in her bed — and think: Well, if we’ve gotta die, it may as well be here.