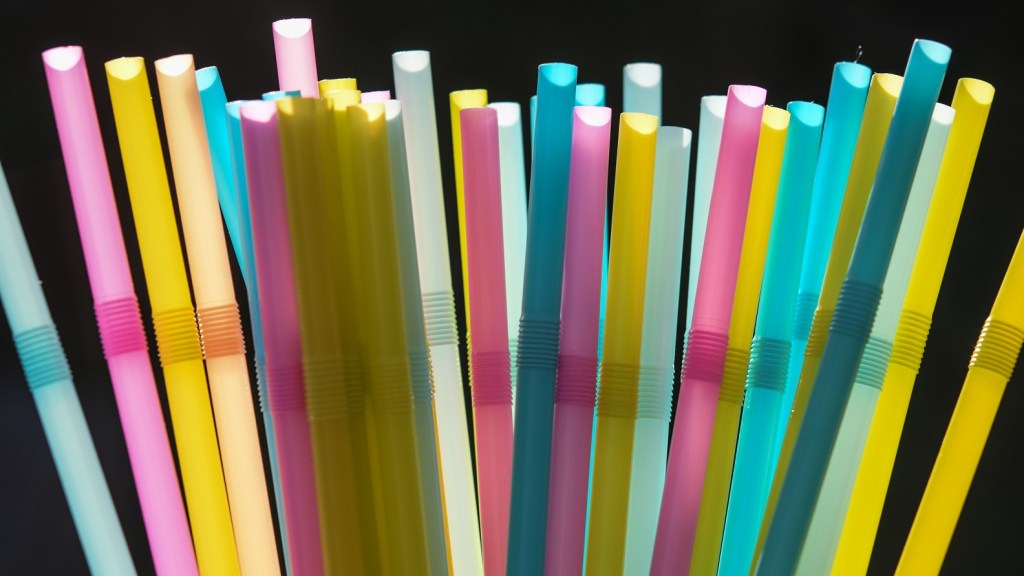 Suddenly, everyone and their mother is against plastic straws. (Including my mother — she’s been living plastic-free since long before it was cool.) This week, Seattle joined the ranks of cities taking a stand against plastic pollution by banning plastic straws and utensils. If patrons at restaurants, grocery stores, and cafeterias want disposable items, they’ll have to ask — and they’ll get recyclable or compostable versions.

It’s good timing. In the past year, everyone from Queen Elizabeth to Tom Brady has turned against straws, following a depressing plastic-filled conclusion to Blue Planet II and a viral video of a sea turtle with a straw stuck up its nose.

But we have to ask — under the threat of severe climate change, extreme weather, ocean acidification, and all the other plastic pollution in our waters, why has America become obsessed with something as small as plastic straws?

“I think it’s a way for people to feel that they have some agency over the problem of ocean plastics,” says Kara Lavender Law, researcher and professor at the Sea Education Association. “These are things that we have easy alternatives for.”

Compared to seemingly insurmountable problems like climate change, which can be tough (but not impossible!) to tackle on the individual level, straws look — well, easy. Despite the fact that these little pieces of plastic account for only, by one estimate, 0.03 percent of plastic waste, activists believe that starting with straws will encourage people to look at other disposable items in their lives.

“I can remember the moment when I looked around at my immediate surroundings and saw for the first time how much of it was plastic,” Law says. Straws, she argues, are a kind of gateway drug into environmentalism and a lower-waste life.

Psychologist Robert Gifford calls this the “foot in the door” technique. “Banning straws is about as important as spitting in the wind,” he told me. “But a lot of social psychology research says that if you get people to say yes to a small request, they are more likely to accede to more serious requests.”

It has certainly been that way for my mom, who started with plastic straws and now brings home whole chickens from the grocery store in a giant glass jar to avoid packaging waste. But aiming at a tiny target like straws could also have negative effects on environmental action.

Researchers have previously found that when people recycle, they feel entitled to use more resources and produce more waste. This effect is called “moral licensing,” where doing one good thing — like forgoing a straw — gives you the mental permission to do negative things later.

“We hear people say ‘I recycle so I’m done,’” says Gifford. “And of course, we know that recycling is a good thing but it’s not the solution.”

If straws go the way of recycling, then we might see a public willing to get rid of straws but unwilling to take any of the (slightly harder) actions to reduce plastic waste more significantly. Or even worse, a public unwilling to address the larger, and more abstract, problems of climate change and greenhouse gas emissions.

“I’ve never seen a straw floating in the ocean,” says John Bruno, a marine biologist at the University of North Carolina Chapel Hill. He worries that when environmentalists focus on small things like straws, the public and the media lose sight of the real dangers — ocean acidification and warming.

It’s an age-old environmental debate, between those who think the key to progress is individual action and those who think only collective political will (and aiming at the big stuff) can save us. In the meantime, try to avoid straws. If you’re in Seattle, you don’t have a choice anyway.