Is the government planning a crackdown on Keystone XL protesters? 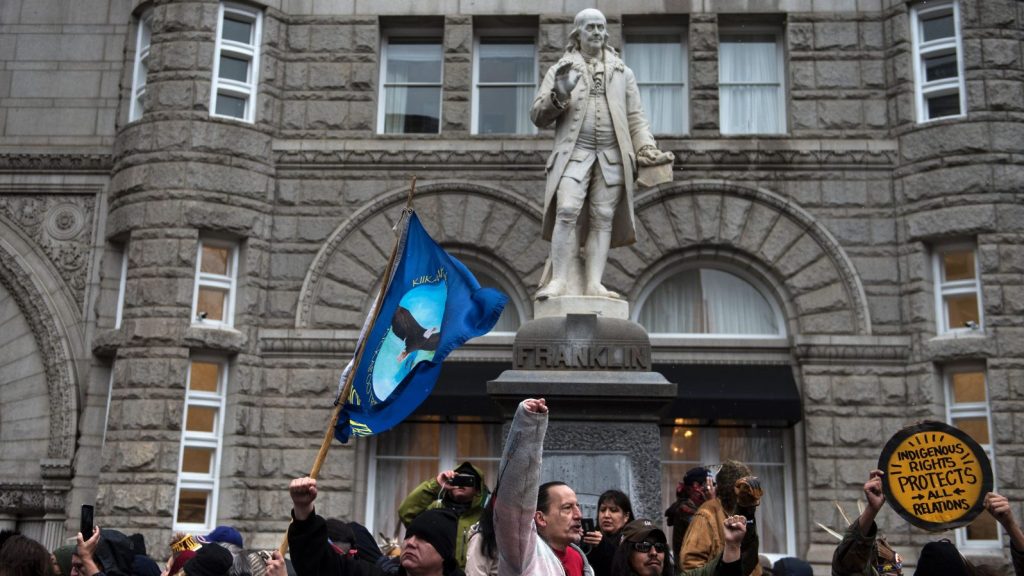 Is the government planning a crackdown on Keystone XL protesters?

The ACLU sued the Trump administration on Tuesday to turn over more records detailing cooperation between the federal government and state officials in Montana in anticipation of protests against the planned Keystone XL pipeline.

The reason the ACLU is suing? It recently obtained emails through the Freedom of Information Act that provide “substantial evidence of federal preventative measures against Keystone XL protests,” according to the ACLU’s press release. And it’s concerned that government plans to surveil and police indigenous and environmental activists infringe on their First Amendment rights.

TransCanada, the company behind Keystone XL, expects to begin construction on the pipeline expansion next year. The once-dead pipeline project, revived by President Trump, would transport up to 830,000 barrels of oil a day from the Canadian tar sands through Montana and South Dakota to Nebraska, coming within a hundred miles of a dozen tribal lands.

The ACLU obtained emails revealing that federal employees discussed an “interagency team” to “deal with safety and security concerns related to the Keystone XL project.” It also found evidence indicating that the Department of Justice held “anti-terrorism” and “social networking and cyber awareness” trainings in Montana.

These records “suggest that additional documents documents exist, which the government continues to withhold, detailing plans for protests,” the ACLU said in a press release. The organization filed its original records requests in January, after it got its hands on Department of Homeland Security analysis that characterized pipeline opponents as “environmental rights extremists” intent on “criminal disruptions and violent incidents.”

During the Dakota Access pipeline protests in 2016, Standing Rock activists were watched over by drones and monitored on social media. The company behind that pipeline, Energy Transfer Partners, hired the private security firm TigerSwan to launch a military-style surveillance and counterintelligence campaign against the activists, who TigerSwan labeled “jihadists.” Police used tear gas and water cannons against protesters. Some Standing Rock activists now face years in jail.

“Evidence that the federal government plans to treat Keystone XL protests with counterterrorism tactics, coupled with the recent memory of excessive uses of force and surveillance at the Standing Rock protests, raises immense concerns about the safety of indigenous and environmental protestors who seek to exercise their First Amendment rights,” writes Jacob Hutt, who filed the ACLU information requests, in a blog post.

There’s a long tradition of environmental activists facing charges of “ecoterrorism,” a word coined by libertarian activist Ron Arnold in the 1983. As we wrote last month, the term picked up steam in the ’80s and ’90s, and was eventually named the “the No. 1 domestic terrorism threat” by the FBI in 2004. Yet a 2013 study that found “there is no documented evidence of harm coming to humans as a result of actions by radical environmentalists.”

Despite their relatively peaceful protests, it seems that environmental activists are still viewed by the government — and by oil companies — as a threat.