It's Groundhog Day, so here’s the real dirt on your weather forecaster 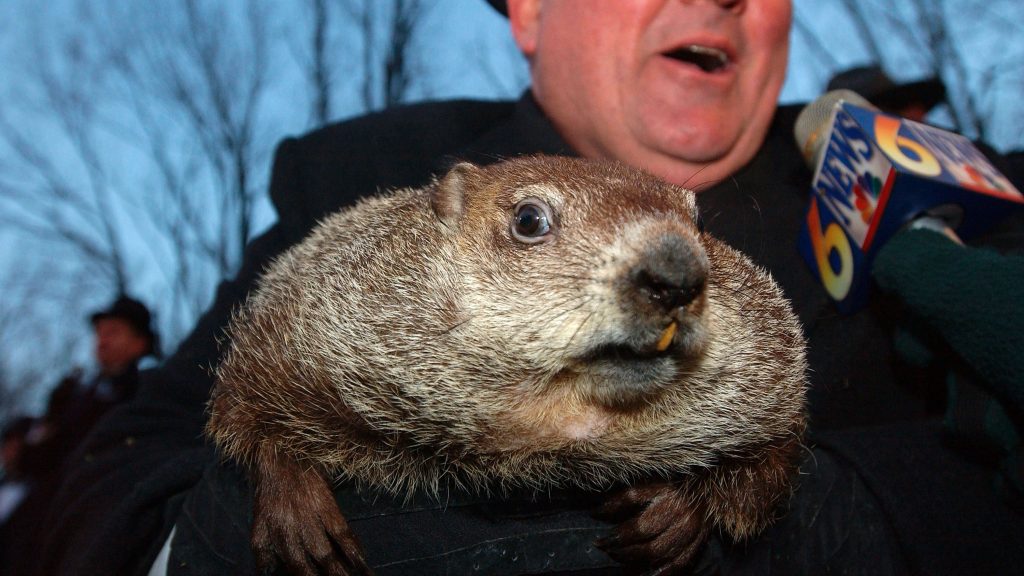 It’s Groundhog Day, so here’s the real dirt on your weather forecaster

It’s getting harder and harder to reconcile Punxsutawney Phil’s Groundhog Day predictions with the realities of climate change. As the planet warms and winters become increasingly and predictably shorter, America’s favorite rodent continues to see his shadow in blatant disregard for scientific consensus.

We were as shocked as you surely are about the groundhog king’s transgressions. One Grist staffer lashed out in anger, calling Phil a beaver despite the fact that groundhogs are better described as giant squirrels — the words of someone clearly experiencing unspeakable hurt.

But as any Groundhog Day enthusiast is aware, Phil isn’t the only rodent out there claiming to be some kind of adorable prophet. What about General Beauregard Lee? Staten Island Chuck?! Are all of our trusted fluffy meteorologists just underground agents of climate denial?

In the true spirit of investigative reporting, we dug through tens of years-old local news articles to bring you a definitive list of which cute clairvoyants can — and cannot — be trusted.

We’ve already dragged this Punxsutawney traitor through the mud. But it’s worth outlining that his rise to the high-profile position he holds today can only be described as an example of rampant nepotism — though you’d be better off flipping a coin than trusting Pennsylvania’s royal family. And in 2013, Phil was indicted for a felony “against the peace and dignity of the State Of Ohio,” but narrowly escaped the death penalty — the privilege of fame.

Groundhogs are exclusively an East Coast thing — but, in true West Coast fashion, there’s a deceptively crunchy and equally heinous version living in Washington state. Don’t let Rufus the Mountain Beaver’s adorably tiny stature or the eco-chic log stage he’s standing on fool you: his kind is “elusive, destructive and often mean,” according to the Seattle Times. And they aren’t even real beavers! But when this Pacific Northwest weather-predictor is away from his apparently expert PR team, he can still be found in the mountains of Washington state munching happily on young trees. Despicable.

Atlanta’s favored groundhog, General Beauregard Lee, is often lauded as one of the more accurate rodent meteorologists. But it seems to be yet another unearned benefit of fame and fortune. Despite having no real credentials, Lee has been awarded a “Doctor of Weather Prognostication” from a professor at the University of Georgia and a “Doctor of Southern Groundology” from Georgia State University. And when his predictions are off, Lee has been known to hide from spurned constituents in his cushy plantation-style Georgia mansion.

This swamp gopher is perhaps the most mysterious of them all. He’s never done anything blatantly nefarious — he just seems a little fake.

Don’t get too bummed out about the rampant corruption among famous groundhogs and their groundhog-adjacent co-conspirators. There are a few do-gooders in there too. (They just mostly live in Canada — such is life.) “Weather Prognosticator” Shubenacadie Sam uses his platform to promote Nova Scotia’s Shubenacadie Wildlife Park, which rescues orphaned wildlife and animals born in captivity with the ultimate goal of releasing them back into the wild. It’s always nice to see a celebrity philanthropist.

Not everyone agrees with Staten Island Chuck’s rather extreme methods, like when he bit then-Mayor Michael Bloomberg during a Groundhog Day celebration. Later that year, though, Bloomberg announced plans to expand New York City’s green economic sector and proposed bills that would reduce the city’s carbon footprint — coincidence? Who’s to say? Chuck also has a strong record of advocating for public transit — single-pawedly restoring our faith in rodent-kind.