It's the year of the lentil! Here are delicious ways to celebrate 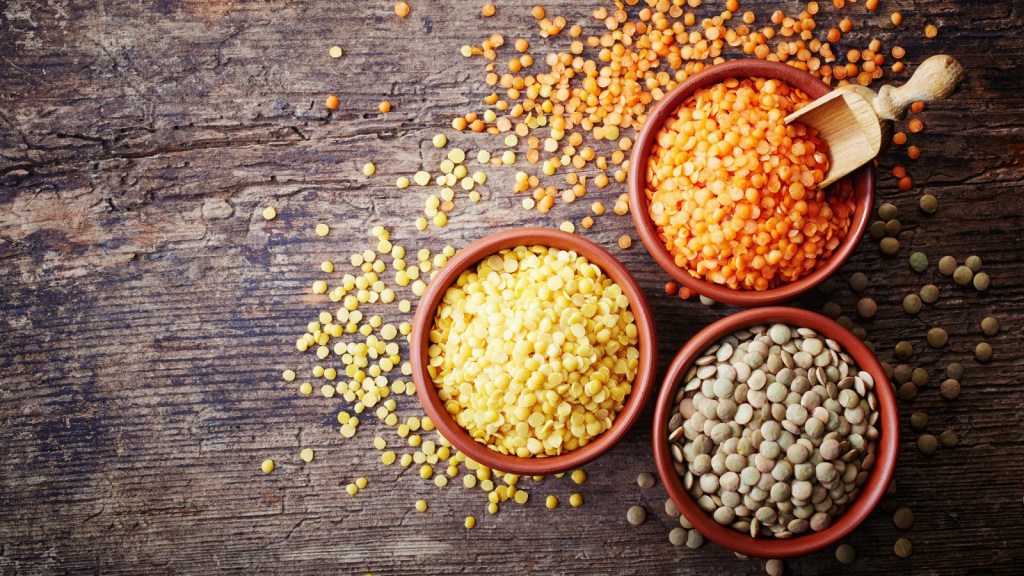 It’s the year of the lentil! Here are delicious ways to celebrate

The U.N. has named 2016 the International Year of Pulses like lentils, beans, peas, and chickpeas. The initiative is celebrating the fact that beans are an eminently sustainable protein source: hardy, nourishing, energy-efficient, and even altruistic, as they can be successfully used to assist with crop rotation.

We love pulses for being cheap, filling, tasty, and an easy way to add protein to any salad, soup, grain dish, or gratin. Lentils happen to be the world’s oldest cultivated legume, and we give them VIP status for their incredible culinary versatility and pleasantly earthy flavor. From dips and spreads to soups and stews, sloppy joes to vegetarian meatballs, and salads to shepherd’s pie, lentils are a wondrous, shape-shifting vegetarian staple food.

There are many types of lentils to choose from, and each has a characteristic shape and texture.

Before you cook any type of lentil, pick them over to remove any debris or misshapen lentils.

Unless I’m adding lentils to a sauce or a soup, I cook them the same way I cook beans, by submerging them in about two to three inches of water, bringing them to a boil, and then boiling for 20 to 25 minutes. I start tasting them at the 18-minute mark to ensure that they don’t get mushy (lentils will absorb different amounts of water depending on how you’ve stored them and for how long). Then I strain and cool them before adding them to my recipe. I find that cooking them this way yields a better texture than if I were to follow a set ratio of lentils to liquid. To each her own, though, and for the most part, a 1 to 2 cooking ratio of lentils to water works well.

One humble pot of cooked lentils can be the starting point for countless vegan or vegetarian meals. It’s hard to keep track of the possibilities, but here are some of my favorites.

One of the nice features of lentils is that, with the right mixture of ingredients, they can bind together firmly. This makes them a perfect candidate for meatless meatballs, which you can serve with pasta, as a party appetizer, or in a creamy, Indian fenugreek sauce.

You can also use lentils to replace the meat component in a lot of casseroles or other baked dishes. Case in point: a delightfully hearty vegan shepherd’s pie.

There’s a lentil soup for everyone. Make creamy curried red lentil soup with beet greens for a warming winter weeknight dinner, green lentil soup with curried brown butter when you want to channel your inner Heidi Swanson, or knock the good sense out of a traditional lentil soup by adding a very generous splash of sherry.

Or, make lentil soup without a recipe whatsoever.

3) Lentil salads, any which way

I could eat lentil salads for lunch every day, and I often do, mixing up herbs, dressings, and vegetable components. Channel Indian flavors by adding coconut, tamarind, and cilantro; kick up the flavor by throwing in some charred broccoli and a smoky dressing; make summer last forever with avocado and basil dressing; or pair Le Puy lentils with herbed cashew cheese.

4) Add protein to your pasta

This lentil Bolognese recipe is totally untraditional, but it’s delicious, filling, easy-to-make, and a wonderful way to add some plant protein to your pasta dinner.

Vegan sloppy joes? Yes, you can. Lentils provide all of the chew and texture you could hope for, and the sauce — which features brown sugar, vinegar, smoked paprika, and mustard — keeps things traditional.

As it turns out, the combination of lentils and walnuts is particularly good for replacing meat: There’s something about the combination of protein and fat and starch that creates a perfectly crumbly-yet-sticky texture. Use the pairing in a lentil walnut loaf, which happens to be a perfect meatless holiday main.

Speaking of the lentil/walnut combination, it’s perfect for these low-stress, no-cook tacos. For a slightly more traditional taco treatment, try some mushroom-lentil tacos with tahini yogurt sauce (and substitute a vegan tahini dressing if you’d like to make it dairy-free).

Braising isn’t a cooking method that’s often associated with vegan or vegetarian fare. But it’s actually a perfect way to cook legumes, and lentils in particular. Judy Rodgers’ lentils braised in red wine (adapted by Nicholas Day) couldn’t be easier, and they’re the perfect earthy side dish for cold weather.

When you get tired of your regular hummus recipe, try using a lentil base instead. Red lentils blend up particularly easily and smoothly — and pair perfectly with smoky, spicy flavors.

Yup, you can even incorporate lentils into your dessert. This walnut lentil cream pie is the proof. (Now I just need to figure out how to veganize it.)