Jane Fonda gets arrested for climate protest, plans to do it again 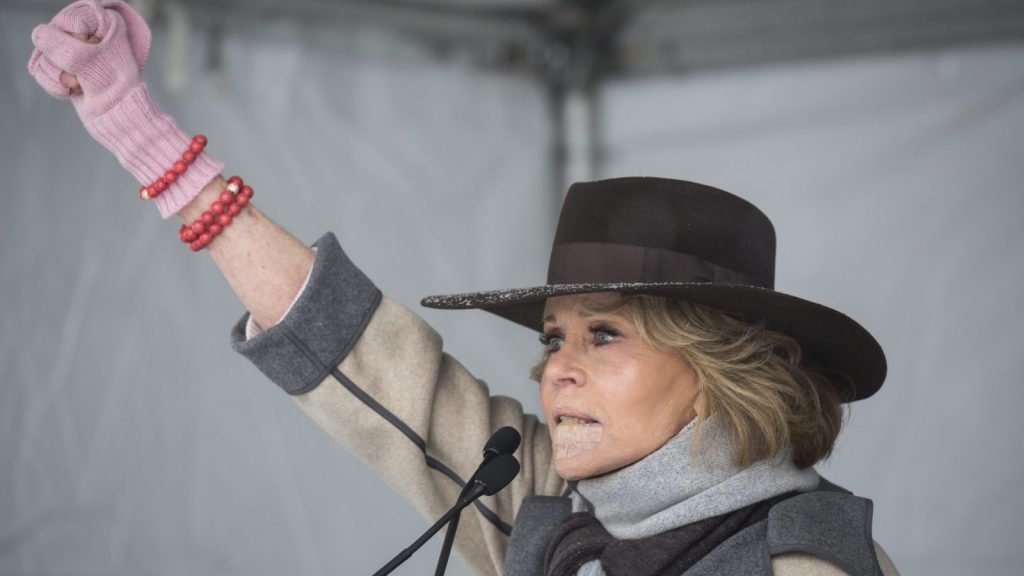 Jane Fonda gets arrested for climate protest, plans to do it again

Jane Fonda has joined many a protest in her eight decades on God’s green earth. She has marched with working mothers, supported the Black Panthers, and sat on an anti-aircraft gun in Vietnam. Now, the star of Barbarella, Monster-In-Law, and dozens more movies, TV shows, and exercise videos is lending her voice and influence in a new way to an old cause: climate change.

For the next 13 Fridays, the 81-year-old Academy Award winner will demonstrate on the steps of the U.S. Capitol to ask lawmakers to put an end to fossil fuel drilling. She’ll have to stop protesting in December so she can start filming the seventh season of Grace and Frankie, her Netflix comedy series.

Fonda is calling the protests “Fire Drill Fridays,” and they’re like a combination of Swedish activist Greta Thunberg’s Fridays for Future protests and the activist group Extinction Rebellion’s civil disobedience. Fonda says she plans to protest each week until she is arrested. “I’m going to take my body, which is kind of famous and popular right now because of the [television] series and I’m going to go to D.C. and I’m going to have a rally every Friday,” the actress said in an interview with the Washington Post. “Greta said we have to behave like it’s a crisis,” she added. “We have to behave like our houses are on fire.”

True to her word, Fonda, sporting a red pea coat and a spiffy checkered cap, was arrested alongside other protesters on the steps of the Capitol building on Friday.

Multiple protesters, including Jane Fonda, arrested on the steps of the Capitol building, where they were demanding action on climate change. https://t.co/rAq8Xwi5fE pic.twitter.com/lIcxYeGd5Z

Assuming she’s released in time, Fonda will host online teach-ins on Thursday evenings that will include lectures from climate scientists and discussions about how environmental concerns overlap with social issues, in addition to her Friday protests, which will start every week at 11 a.m.

The eight-time Golden Globe winner has protested in the name of climate change before, at Standing Rock in 2016 and at regional protests on the West Coast, including the climate rally in Los Angeles last month. Now, her number one priority is “cutting all funding and permits for new developments for fossil fuel and exports and processing and refining.”

Celebrities are often keen to wade into activism, but it doesn’t always have the intended effect (and the media has a tendency to bungle the message). Yahoo News covered actress Shailene Woodley’s protests at Standing Rock thusly: “Shailene Woodley’s Mug Shot Is as Beautiful as Her Message.” Other celebs have advocated for eliminating straws but seem to have no problem flying private jets all over the damn place, a great way to fry the planet, reusable straws and all.

But Fonda’s multi-pronged approach, which pairs civil disobedience with education and raises awareness about student strikes, seems to be in line with what a bunch of experts told Grist is the right way for a celebrity to support environmental activists. As Barbarella herself would say, “Decarbonize or I’ll melt your face!”