A celebrity guide to supporting environmental activists without stealing the spotlight 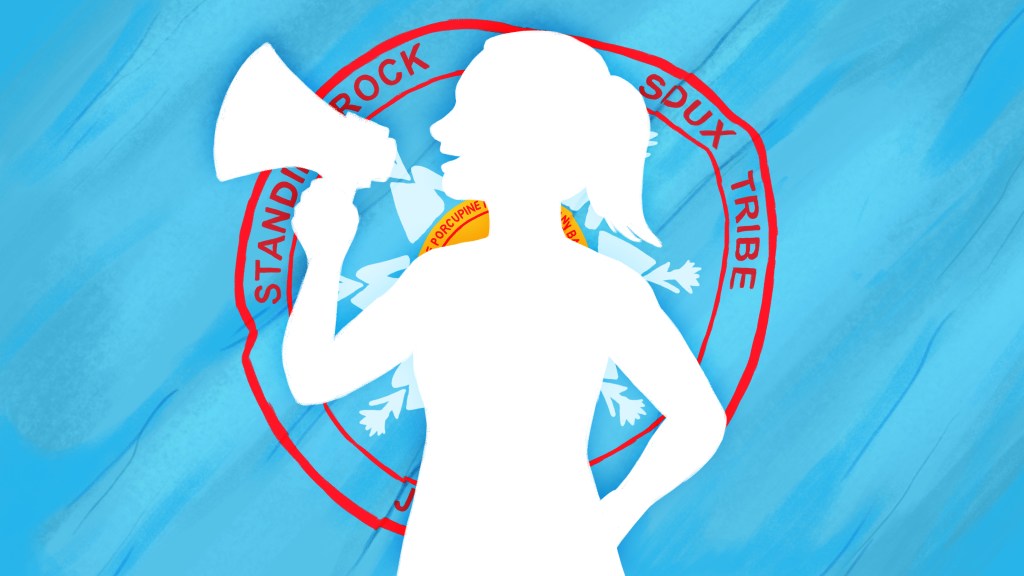 A celebrity guide to supporting environmental activists without stealing the spotlight

Celebrities stormed North Dakota this year in support of a movement to block the Dakota Access Pipeline and protect the land and water of the Standing Rock Sioux. Mark Ruffalo, Susan Sarandon, and other movie stars made appearances at what began in April as a small camp on the Standing Rock reservation and eventually sprawled into a movement that drew thousands of activists.

The effort to stop the pipeline — whose completion has been blocked for now by the U.S. Army Corps of Engineers, but could continue under Donald Trump’s presidency — both benefitted from the influx of celebrity star power and also spotlighted the conflicts that can arise when inexperienced or insensitive celebs overwhelm or misrepresent the movement they want to help.

Instead of focusing on the Native Americans whose clean water could be contaminated by the pipeline, mainstream news outlets covering the story often led with the stars who travelled to Standing Rock. These celebs included Neil Young, Matt McGorry, and Shailene Woodley, a star notable for playing snarky teenagers in middle America, Hawaii, and post-apocalyptic Chicago.

Some headlines on Standing Rock stories prioritized Hollywood over Native Americans, while others verged into the downright absurd: Yahoo News’ “Shailene Woodley’s Mug Shot Is as Beautiful as Her Message.” And so a movement founded and led by Native activists was in some circles eclipsed by white People.

In light of a handful of celebrity stumbles at Standing Rock, Grist asked veteran consultants, scholars, and activists how celebrities who are used to top billing can play a supporting role in causes they care about. Here’s their script for doing it right.

The Standing Rock activists, who call themselves “water protectors,” praised the actions of celebrities who directly consulted with and worked alongside the Native folks at the Sacred Stone camp.

Ruffalo, for example, met with the International Indigenous Youth Council to speak about fossil fuel divestment and the movement to free Red Fawn Fallis, a jailed water protector. Ruffalo has spoken on panels with prominent Native activists such as Dallas Goldtooth, and he donated several Navajo-made mobile solar panels to the Sioux to help power medical tents on the reservation.

“When Mark Ruffalo stands there with Dallas Goldtooth, arm-in-arm, he elevates the awareness of Dallas Goldtooth and the NoDAPL movement,” says Vincent Schilling, a member of the Mohawk Nation and the arts and entertainment editor at Indian Country Today Media Network.

This style of engagement can also be as simple as assisting the physical needs of activists, such as delivering supplies to the camp, picking up trash, or even charging activists’ cellphones.

Other celebrities extended support to the movement through their art or online presence. Neil Young performed at Standing Rock on his 71st birthday. Dave Matthews held a benefit concert in Washington, D.C., and donated the proceeds to the water protectors. And Sarandon started an online petition asking people to withdraw money from banks funding Dakota Access.

“Not everyone has to make an appearance to be supportive,” Schilling says.

Lesson 2: Speak from the head, not the heart.

Regardless of where they are, celebrities can profoundly shape people’s understanding of their cause through the words they choose. Even the smallest simplification or misrepresentation can have a huge impact on public perception.

Causes, like the celebrities behind them, can fade in and out of fashion. But promotion, even from an actor en vogue, can derail a movement. “If you’re saturated with celebrity endorsement, it can simplify the issue or decry your cause as a cause célèbre or a Hollywood issue,” says Debra Greenspan, a vice president with a focus on energy and sustainability at The Glover Park Group. “And if this is not the world that you live and breathe, you have to be careful what you say.”

To avoid these missteps, groups like Glover Park take their celebrity clientele through a crash course in advocacy. Experts will roleplay with celebrities to familiarize themselves with their messages, almost like practicing lines or a scene. Each celebrity’s fluency on a particular issue will guide their activism, says Michelle Theodat, the director of entertainment and brand partnerships at the Natural Resources Defense Council.

“There are some celebrities who have studied and worked with nonprofits for such a long time,” Theodat says. “Others speak from the heart.”

But therein lies the risk: The heart, despite its best intentions, is not always a qualified spokesperson. When Neil Young released a Standing Rock protest song called “Indian Giver” this fall that included a slur against Natives, online outrage led Young to apologize and change the lyrics.

Slurs aside, even subtle mistakes can do damage. In a video interview with Fusion, Woodley said: “Every day is Indigenous Day, and what that means to me is, regardless of the color of our skin or where we’re from, we’re all indigenous to this earth.” Unifying messages like these clearly have no malicious intent but have harmful implications, some activists say; complex but integral issues of colonialism, Native erasure, and tribal sovereignty take a worrying backseat.

“It tells us, ‘No, you’re not Native, you’re a human being,’” says Johnnie Jae, the founder of A Tribe Called Geek and member of the Otoe-Missouria and Choctaw tribes of Oklahoma, who called Woodley out on Twitter after seeing her statement. “But Native communities are going to feel the immediate impact and will be the most impacted by the pipeline.” (Grist contacted Woodley’s publicist several times seeking a response but did not receive a reply.)

Lesson 3: Fight erasure by stepping aside.

As responsible allies, celebrity activists who do not hold the identity of the cause they champion must be aware of the space they occupy in the movement, experts say. In the case of Standing Rock, celebrities are there to support, not to lead, says Tiara Rose Na’puti, a member of the Chamoru diaspora and an assistant professor of communication at the University of Colorado Boulder.

This consideration holds particularly true when advocating for indigenous people, who suffer from a long history of erasure. Native Americans have been continuously exiled to the margins of history, rendered invisible in history textbooks and visible in racist mascots and appropriative Halloween costumes.

Over the summer, as more outsiders started to pour into Standing Rock, the camp organized informal workshops and resources about white privilege and cultural appropriation. In the first week of August, before she arrived, Woodley sent a caravan of around 50 people to Sacred Stone as a part of her organization “Up to Us.” There were some tensions reported between Woodley’s group and people in the camp as a result of the training sessions.

“Visibility is a unique and double-edged thing for indigenous struggles, where more visibility doesn’t mean more success,” Na’puti says. “There’s a responsibility of knowing your place within that struggle.”

That place needs to be in direct support of the Native American activists leading the movement, she says. There’s no escaping the irony that Woodley was arrested at Standing Rock on October 10 — meaning most of the headlines about Dakota Access on Indigenous People’s Day revolved around a white woman. It’s a perfect example of the begrudging debt activists hold to celebrities, compelled to feel grateful for attention that can distract from or obscure their original work.

To avoid this, activists affirm the importance of stepping aside and elevating Native voices, of both journalists and activists on the ground. “Retweet us, post us, post our articles, post our coverage,” Native journalist Schilling says.

“That said, I wish they didn’t have to,” Schilling added. “I wish that when we Native people say this is enough, they listened.”