Killing the Clean Power Plan is harder than Trump thinks 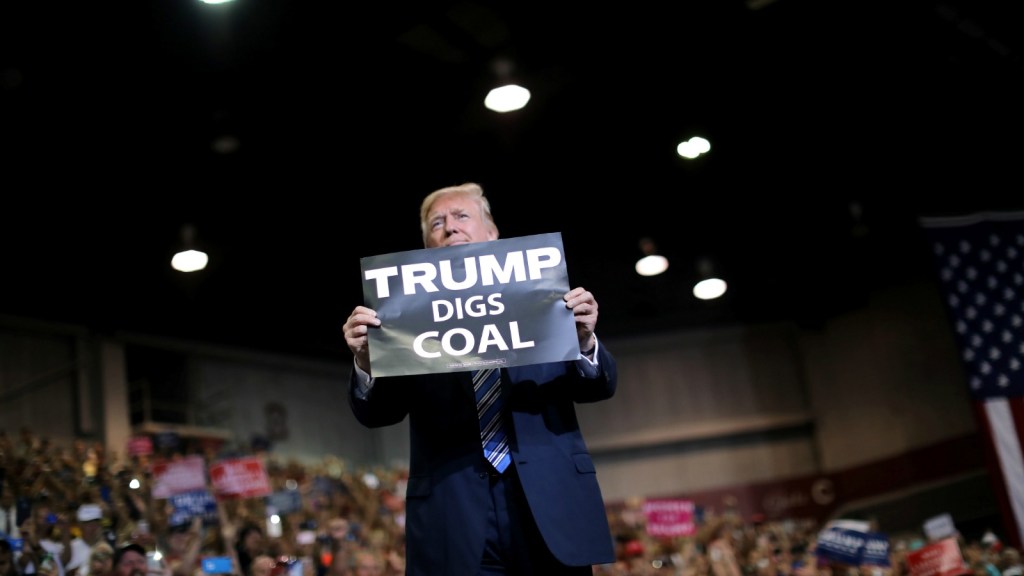 Killing the Clean Power Plan is harder than Trump thinks

That program, called the Clean Power Plan, is pretty much dead today. Enforcement of the rule was put on hold last year, and Donald Trump’s victory in the 2016 election ensured that the plan, as written, would be scrapped. The Republican candidate who regularly complained that Obama talked about global warming too much and who called climate change a “hoax” is now writing the rules.

But what the Trump administration does next is less certain. It could try to erase the plan entirely, or rewrite the rule in a way that still benefits coal-fired power plants. Environmentalists, the coal industry, and the power sector are all closely watching for what the White House and the Environmental Protection Agency decide to do next.

“This is nowhere near over,” says David Doniger, director of the climate and clean air program at the Natural Resources Defense Council, an environmental group that played a key role in advising the EPA on the original proposal. “It wasn’t easy to create Clean Power Plan to begin with and it isn’t proving easy to tear it down.”

Because the Clean Power Plan is a finalized regulation, repealing it is not as simple as Trump wishing it away. Whatever the administration decides, it will need to publish a written justification, which will be scrutinized by environmental groups in a likely lawsuit on the decision. The administration faces a similar quandary that plagued the GOP during the health care fight: repeal the Clean Power Plan outright, or replace it with a shell of a rule?

Under the Clean Power Plan, states were required to submit a plan that would lower emissions through various mechanisms — such as replacing coal-fired power plants with natural gas and renewables. By 2030, the rule would cut the nation’s total carbon emissions in the power sector by nearly a third. In many cases, these individual targets were modest; most of the country was already halfway there.

Trump has been clear he would prefer to see this rule entirely wiped out. He falsely suggested that the Clean Power Plan was already gone when he signed an executive order in March ordering the EPA to review its options. “You know what this says? You’re going back to work,” he told coal miners at the event.

In several news stories this summer, administration officials have floated various strategies for how they would justify repealing the rule without a replacement. One strategy is to say the EPA can’t regulate carbon from existing power plants because it already regulates air pollution from these plants under separate rules. Another approach may be arguing that the EPA can only require small tweaks to efficiency inside the plants, not to what happens outside their boundaries (known as “beyond the fence line”). EPA Administrator Scott Pruitt has hinted at both strategies, saying he isn’t sure the EPA has the “tools in the toolbox” to regulate carbon emissions.

Environmental legal experts are skeptical that either explanation would carry much weight in court. “I expect the first thing we’ll see when it gets published is a straight repeal,” says Richard Revesz, a Clean Air Act expert at the New York University School of Law. “Both of [these arguments] are legally weak and neither will ultimately get upheld by the courts.”

Industry allies of the Trump administration are pushing an alternative that they see as an easier route to securing legal approval.

Zack Colman at E&E News reported this week that the U.S. Chamber of Commerce and the National Association of Manufacturers want the EPA to repeal the rule and replace it with a much weaker version. Using the same beyond-the-fence-line legal argument, some utilities would rather see the EPA propose small tweaks to efficiency inside the plant. A rule that boosts efficiency at old coal-fired power plants wouldn’t do much to change their power supply or reduce carbon emissions, and if anything may help make coal plants more cost-competitive.

Coal’s advocates seem to see replacing the Clean Power Plan with an empty climate regulation as a better defense against the inevitable lawsuits, providing them with a degree more certainty than nothing at all. Even climate change deniers admit the EPA must continue to regulate on climate unless they can reverse the EPA’s scientific determination that carbon pollution is a danger to public health.

Though Trump suggested this fight was already won when he signed an executive order in March, in reality the lawsuits will take years to resolve. The fight over the Clean Power Plan, and whatever comes next, will probably outlast Trump’s own administration, and so will the Clean Air Act that supports taking action. The only silver lining, Doniger says, is that most utilities “are not making 20-year decisions based on what this interlude turns out to be.”