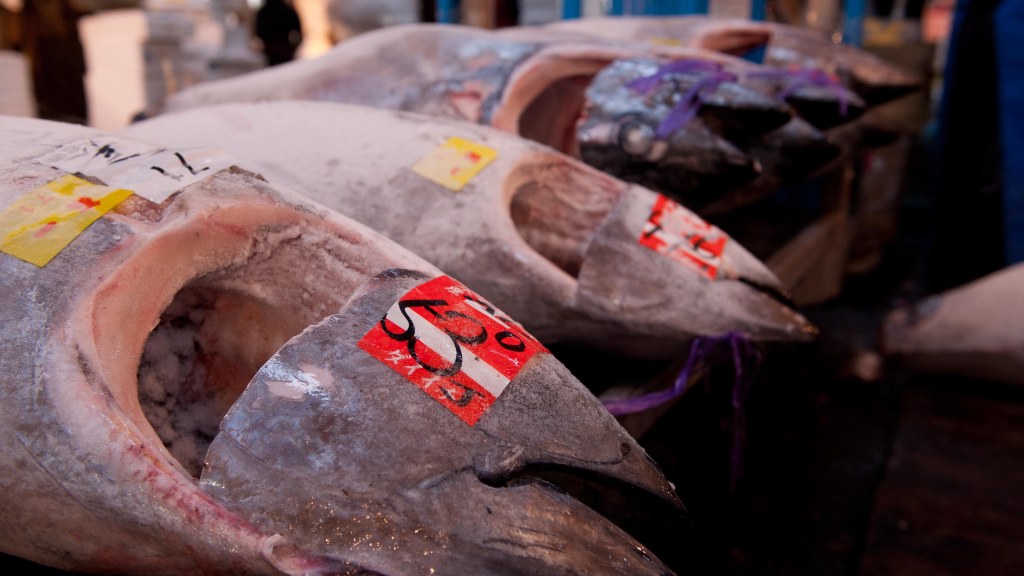 Last year, a restaurateur bid nearly $2 million to buy the first tuna auctioned off at Tokyo’s famous Tsukiji fish market. It made for a great story: Southern bluefin tuna are critically endangered, and there’s something grimly fascinating about watching humans hand over great wads of cash to eat a creature they’ve driven to the brink of extinction.

All that press increased demand. “People were lined up down the block and around the corner to get a taste of the million dollar tuna,” said Andrew David Thaler, a deep-sea biologist who blogs at Southern Fried Science. The story was perhaps a little too good to be true. After the first tuna is auctioned off, the rest sell for orders of magnitude less. Danny Bloom, a journalist who has worked in Japan, wrote that no money actually changed hands. He said this was what the Japanese call yarase: an entirely manufactured PR stunt.

So this year Thaler challenged journalists to dig a little deeper. I was all set to write a story laying this whole mess bare, but the first tuna of this year sold for just $70,000. That’s $305 per kilogram, about 10 times more than the normal price of tuna, but Thaler said that may actually reflect the true market value for this particular moment. The evidence that’s a real price? Another fish, without the first-fish premium, sold for $385 per kilogram.

So what happened? There were more fish this year (30 versus a catch of four last year), and a major Hong Kong sushi shop didn’t show up. But those explanations presume that the auction was a genuine competition. Emma Bryce, who blogs for The Guardian‘s World on a Plate, suggests that last year’s publicity may have been a little too much:

Last year, the auction came under critical fire for attaching the excessive price tag to the prize tuna, as conservation groups drew attention to the danger of heightening demand for a creature that is already being overfished.

Perhaps the restaurateurs realized that the publicity stunt was in bad taste. Whatever the reason, Thaler thinks that the lower price this year could actually make a difference for conservation by stemming the gold rush on the seas.

P.S.: It’s worth taking a look back at Andrew Revkin’s blog on this point from last year to see how the story evolved. He also includes great recommendations for folks looking for a deeper dive on the fate of tuna.