In a little over two weeks, scientists and science advocates are planning to flood the streets of 480 cities around the globe. They’ll stand up for science, but March for Science organizers want to make sure they don’t go back to sitting down after that.

On Monday, the organizers revealed they plan to keep organizing for science after the April 22 march as they attempt to kickstart a new social movement. 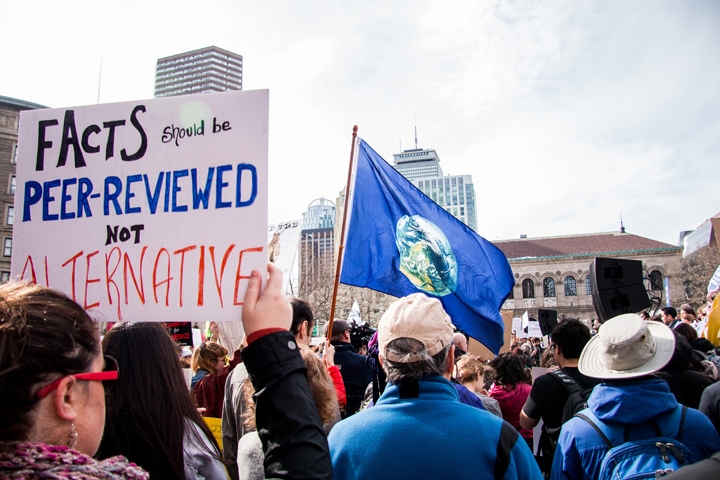 Scientists and science supporters at the #standupforscience rally in Boston at this year’s American Association for the Advancement of Science meeting. Adam Salsman

“The march isn’t going to change anything unless we keep it going after April 22,” Caroline Weinberg, one of the March for Science organizers, said. “After April 22, we’re transitioning from organizing marches to a global organization focused on science education, outreach, and advocacy.”

That transition will start on the day of the march. A rally prior to the main march in Washington, D.C., on the National Mall will include 18 teach-ins on science and how it benefits people directly. And after the placards are sorted and recycled, organizers plan to hold a week of activities to solidify next steps to keep momentum going.

The small organizing committee has enlisted the support of more than 170 partner organizations who work with or support scientists in an effort to make sure their efforts aren’t for naught. The list includes heavyweights like the American Association for the Advancement of Science and American Geophysical Union and smaller groups like the Climate Science Legal Defense Fund.

Occasional fracas have broken out on Twitter, Reddit, and elsewhere over the goals of the march, the symbols that define it, and where diversity fits. But overall, the march has generated steady momentum since its viral explosion in the wake of President Trump’s inauguration.

Trump’s election was a clear catalyst for the march, as were his subsequent attacks on science through his rhetoric, cabinet appointments, and proposed budget. Organizers and partners have emphasized that while the march is political, it is not aimed at being partisan. Rather, they see the march as a way to catalyze support for evidence-based policymaking and against a growing anti-expert sentiment. 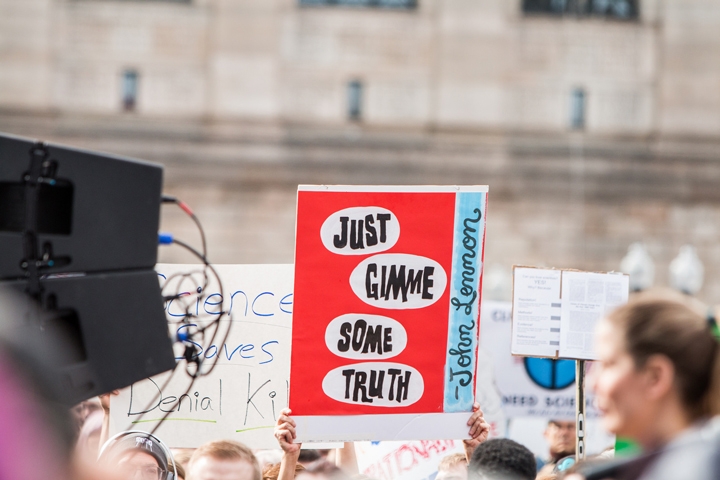 A scene from the #standupforscience rally. Adam Salsman

“Solidarity within the global science community is but one of the reasons to march,” Claudio Paganini, a PhD student organizing a satellite march in Berlin, said, noting that recent crackdowns on scientists at universities in Hungary and Turkey are cause for concern.

Christine McEntee, AGU’s executive director and CEO, said the outpouring of support is a natural culmination of years of scientists increasingly realizing they need to be more engaged with the public and policymakers.

“There was a growing recognition even before this election that scientists have an obligation to communicate their science,” she said. “[Now] the stakes are higher. In this particular administration, the rhetoric is not just coming from one person, it’s coming from lots of people that have been misstating the facts.”

Climate change has been one of the scientific areas most under fire by the Trump administration. Climate science is certainly a focal point of the March for Science itself, but Weinberg said they’re aiming to make the march as inclusive as possible to protect all forms of scientific integrity.

“Science is not being ignored by policymakers anymore,” she said. “The process of science itself is being attacked and jeopardizing our ability to answer questions about the world.”