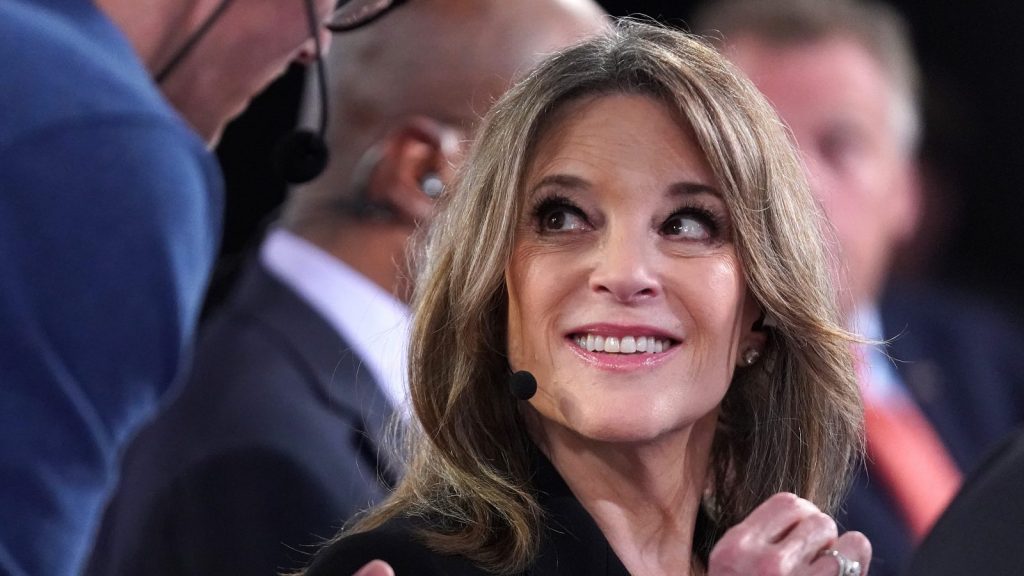 A number of Democrats running for president have said they plan to address issues of environmental injustice as president. A day before the second round of Democratic debates commenced in Detroit, Senator Kamala Harris announced plans to introduce climate justice legislation into Congress along with freshman House member Alexandria Ocasio-Cortez. The same day, Washington Governor Jay Inslee announced another portion of the most-detailed climate platform on offer, this piece known as his “Community Climate Justice” plan.

But neither Harris nor Inslee were on the debate stage last night. So it was spiritual healer Marianne Williamson, not either of the top-polling progressives (Bernie Sanders and Elizabeth Warren), who invoked themes of environmental justice and equity during the portion of the debate dedicated to climate change and the environment.

In response to a question about the ongoing water crisis in nearby Flint, Michigan, Williamson said, “Flint is just the tip of the iceberg.” She added: “We have communities, particularly communities of color and disadvantaged communities all over this country, who are suffering from environmental injustice.”

Her answer got huge cheers from the audience and begrudging respect from climate hawks on Twitter. That answer along with her effusive argument in favor of reparations for descendants of slaves garnered her the accolade of most-searched-for candidate on Google during the debate. (Her relative anonymity compared to Sanders, Warren, and others on stage likely also contributed.)

Folks going down the Williamson internet rabbit hole for the first time might be surprised to find out that the author and activist has held opinions that range from mildly concerning to frankly alarming. In her book “A Return to Love,” Williamson told readers to “imagine the AIDS virus as Darth Vader, and then unzip his suit to allow an angel to emerge.” Not to mention her other controversies, including charges of her courting anti-vaxxers, her tweets about visualizing oil spills being plugged … must I go on?

But for one late-July night, she was articulating real issues that her party needs to grapple with, on a whole suite of justice-related topics.

Her most powerful line of the night, apart from the moment when she made a compelling case for reparations, focused on what Democrats stand to lose if they neglect people of color and low-income communities in their approach to solving environmental issues. “It’s bigger than Flint,” she said. “If the Democrats don’t start saying it, then why would those people feel they’re there for us? And if those people don’t feel it, they won’t vote for us, and Donald Trump will win.”

The moment was significant not only because environmental racism and inequality rarely get airtime during primary or presidential debates, but also because Marianne managed to tie a local issue — Flint’s water crisis — to the larger systemic problem of injustice in the U.S.

There was plenty of conversation between the better-established candidates on stage last night about how to tackle rising emissions. But it was Williamson who connected the dots between climate change and a host of other issues — healthcare, industry growth, and equity, to name a few.

Tonight, Harris and Inslee will be on stage at the same time. Will either of those candidates pick up what Williamson was putting down? We’ll see.