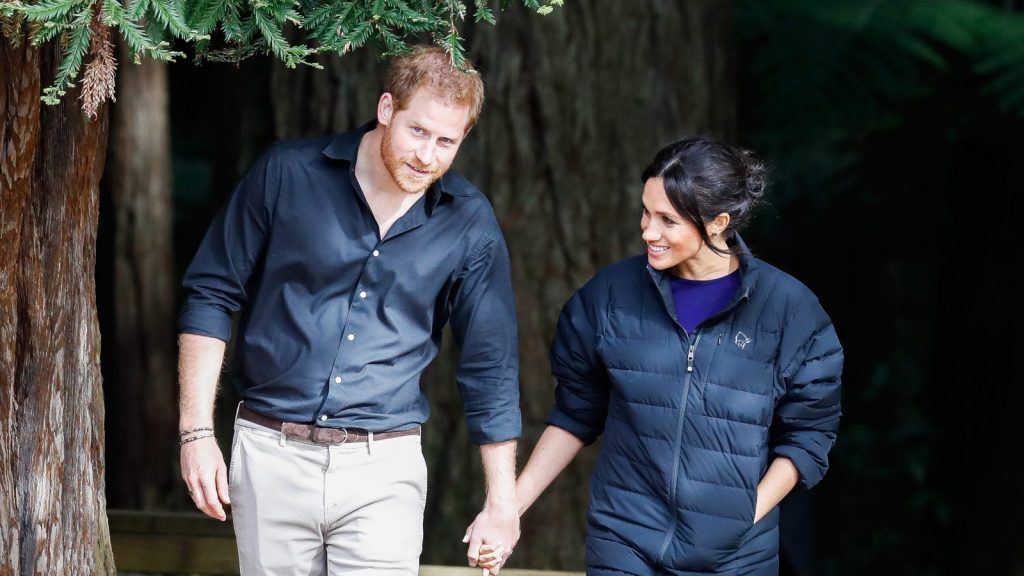 On Monday, the official Instagram account for the Duke and Duchess of Sussex (aka Prince Harry and Meghan Markle) chose “the environment” as its social issue of the month. “There is a ticking clock to protect our planet,” the post says, pointing to the threats of climate change, endangered wildlife, and plastic pollution.

Since the launch of the duke and duchess’ new Instagram account (none of the royals were permitted to use social media until relatively recently), the couple has highlighted one social issue per month. May was Mental Health Awareness month, and June was Pride Month. The environment is the first topic they’ve chosen that doesn’t correspond with an officially designated month.

For July, their royal Instagram account will only officially follow 15 pre-selected environmentalist accounts. Their choices show a mixed understanding of what it means to take meaningful action against climate change.

The post quotes Prince Harry, and it starts out strong: “Environmental damage has been treated as a necessary by-product of economic growth. So deeply ingrained is this thinking that it has been considered part of the natural order that humankind’s development comes at the expense of our planet. Only now are we starting to notice and understand the damage that we’ve been causing.”

But the organizations that the duke and duchess chose highlight a dated understanding of environmentalism: that saving the elephants is somehow equivalent to helping to avert climate catastrophe. Of the 15 accounts chosen, five are mostly oriented around animals, including Elephants Without Borders, Rhino Conservation Botswana, and the World Wildlife Foundation. A few more are focused on conservation, like the African Parks Network and the Queen’s Canopy.

Another is … former New York mayor Mike Bloomberg (rather than his new $1 billion environmental initiative, Beyond Carbon, which may have benefited from the boost in followers).

Rounding out the bunch are National Geographic Magazine, the for-profit branch of the company that was purchased by Rupert Murdoch in 2015, and the Leonardo DiCaprio Foundation (which Grist has informally “investigated” in the past).

By contrast, the royals are only following two climate activism accounts: This Is Zero Hour, a climate activism group founded by 17-year-old Jamie Margolin from Seattle, by far the royal couple’s most “radical” choice, and Greta Thunberg, a 16-year-old Swedish activist who started the Youth Climate Strike and was nominated for a Nobel Peace Prize.

Apolitical activism by the British royal family is nothing new. Like many celebrities, the royal family has taken on causes like mental health and HIV/AIDS while avoiding talking root causes like systemic poverty, racism, and the lasting legacy of colonialism.

Still, shining the Crown’s light on social issues can make a meaningful impact. Two years after Prince William, Prince Harry, and Duchess Kate began working on their “Heads Together” campaign around mental health in 2015, an impact survey by YouGov found 51 percent of respondents said they find it easier to discuss mental health now than in the past.

And the climate post has already had a measurable effect, at least on social media. Natalie Sweet of Zero Hour said their account had gained about 1,000 new followers since the post went live. “Zero Hour is very appreciative of the royal family’s support and their interest in a sustainable future,” Sweet said.

As of late Monday, the duke and duchess’ post had garnered some 170,000 likes, fewer than any of their other posts over the past three months. By contrast, their Pride Month post had over 500,000 likes, and a photo of baby Archie had 2.3 million.

So can these young royals can move the needle on climate change through Instagram activism? We’ll have to wait and see.