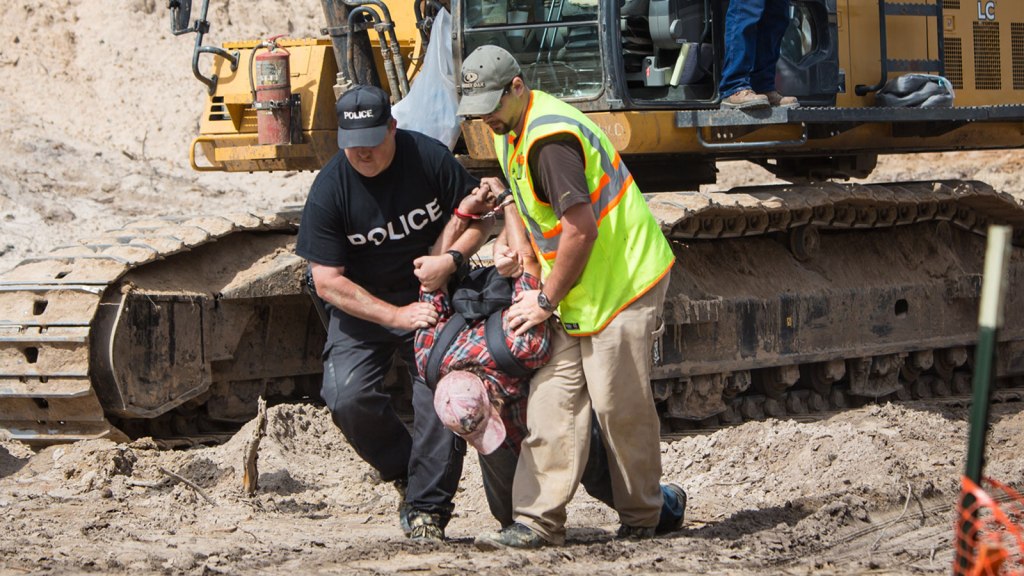 Texas now has one of the harshest laws in the country to protect its oil and gas operations from protesters. Damaging a pipeline in the Lone Star State could get you a decade in prison and $10,000 in fines starting in September.

Republican Governor Greg Abbott signed the Critical Infrastructure Protection Act into law on Friday, further criminalizing protests of pipelines, oil tanks, and drilling sites. It makes knowingly damaging them a third-degree felony, on par with indecent exposure to a child. Trespassing with the “intent to damage” or “impairing or interrupting operations” will be punishable with up to two years in prison.

Texas is the latest state to pass legislation that criminalizes civil disobedience since protests against the Dakota Access Pipeline caught national attention in 2016. Seven other states — Oklahoma, North Dakota, South Dakota, Louisiana, Tennessee, Iowa and Indiana — have adopted similar laws in recent years. They all share a striking resemblance to model legislation proposed by the American Legislative Exchange Council, a conservative think tank that receives funding from oil and gas corporations. Similar bills are pending in some states such as Ohio and Idaho. One recently failed in Illinois.

In a statement, Jennifer Falcon, a campaign manager for the Society of Native Nations, said the Texas law “is a fear tactic to dissuade environmental justice movements like Standing Rock from challenging the continued use of fossil fuels.”

“We are at a tipping point as our ecosystems decline at accelerated rates and instead of protecting our environment, we are protecting big oil and pipelines,” she said.

When the bill was first introduced in the House in March, penalties for protesting included a second-degree felony with a jail term of up to 20 years. But when the bill reached the Senate, an amendment filed by State Senator Juan Hinojosa downgraded the penalties for interfering with pipeline operations from a third-degree felony to a misdemeanor punishable by up to a year in prison. Lawmakers from both chambers then met in conference to reconcile the differences and landed on a version that was harsher than the one passed in the Senate.

In a press release, Todd Staples, president of the Texas Oil and Gas Association, lauded Governor Abbott for signing the bill into law. “Stronger protections against intentional damage, delays, and stoppages caused by illegal activity will ensure that critical infrastructure can continue to serve all Texans,” he said.

The new law makes the fight against a few oil and gas projects in the state more risky. In the Hill Country, an ecologically sensitive 25-county region in Central Texas, residents have been trying to block Kinder Morgan’s Permian Highway pipeline, a 430-mile natural gas pipeline from West Texas’ Permian Basin to the Gulf Coast. The Jupiter pipeline, proposed to carry oil from the Permian to Brownsville, has garnered opposition from environmental and indigenous groups. Three controversial liquified natural gas plants are also being contested in South Texas.