Mind the gap: Lead, mercury, asbestos, and differences in IQ 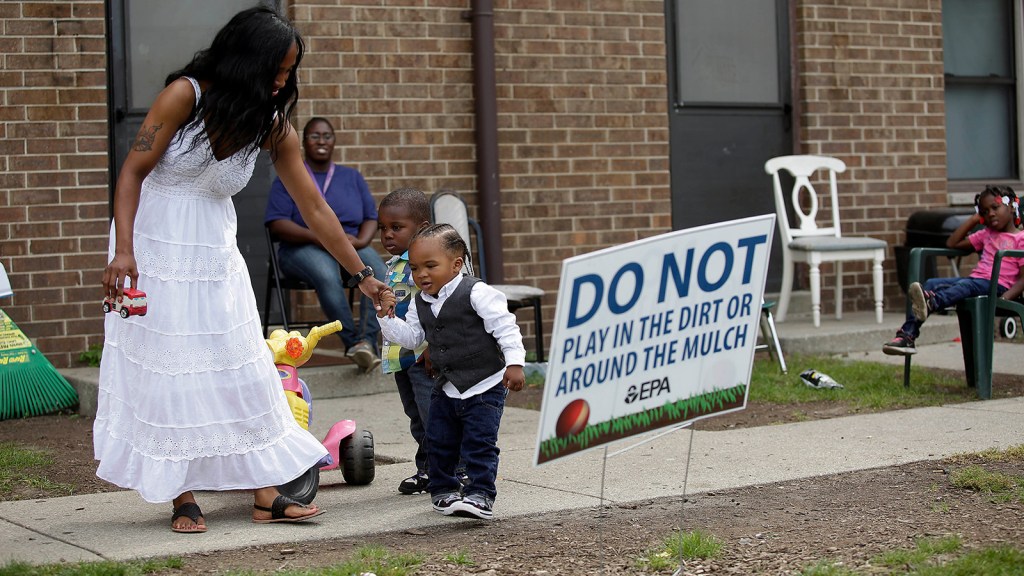 Mind the gap: Lead, mercury, asbestos, and differences in IQ

Decades before Freddie Gray died in police custody in 2015, he lived in a dilapidated house in the Baltimore neighborhood of Sandtown-Winchester, a part of the city where the average life expectancy is lower than in North Korea. Two out of every five children in the neighborhood tested positive for lead between 2005 and 2015.

Gray’s death and the circumstances surrounding it received plenty of public scrutiny; less discussed were the conditions in which Gray grew up. Paint chips routinely peeled off the walls in his childhood home, according to a lawsuit filed in 2008 by Gray and his siblings against their landlord. The lawsuit argued that Gray suffered from lead poisoning, leading to trouble focusing and problems in school.

Gray’s story is one of many examples that Harriet A. Washington cites in her new book A Terrible Thing to Waste: Environmental Racism and its Assault on the American Mind. It demonstrates not just the abundance of poisons in largely black, Hispanic, and Native American communities but also their disproportionate consequences. Washington argues that “intellect killers” — lead, mercury, and asbestos, among others — are partially to blame for differences in intelligence test results between whites and blacks in this country.

A writer and medical ethicist, Washington counters arguments that intellect is fixed and genetic in an exploration of the scientific literature on the subject. She concludes that addressing the dangerous pollutants dumped in neighborhoods like Sandtown-Winchester would begin to alleviate some of these disparities in test results.

In a recent interview, Washington talked to Grist about why arguments that genes are the sole driver of intellect are “immorally lazy,” the biases inherent in intelligence tests, and the risks of growing up surrounded by heavy metals and chemicals. This interview has been edited and condensed for clarity.

Q. How did you come to write about the effects of environmental toxins on intellectual ability?

A. I had spent part of the 1980s managing a poison control center. So some of the issues first occurred to me then. The other factor is I became impatient with the political arguments around IQ and intelligence. It was being wielded for political purposes, but unfortunately they weren’t focusing on people’s lives or on what can be done. They were saying that certain disparities are just inherent, and nothing can be done for them. That view is not only lazy, it’s immorally lazy. Of course nothing will be done if you assume nothing can be done.

Q. In what ways have intelligence tests perpetuated beliefs about the mental abilities of black people?

A. Intelligence testing is one area in which we have not evolved sufficiently. Assumptions that the intelligence of people described as ‘the other’ — in this country, African Americans — is lower precedes the work done to try to demonstrate this. That is clearly bias. These have not been objective assessments.

In our country, the army and the psychologists who were formulating the nascent modern tests of intelligence decided to come up with data supporting their already stated belief that African Americans were lower in intellectual power. To achieve this data, they would say they were giving the same test to everyone, but they weren’t really the same test. In one instance, the content of the tests was extensively similar, but instead of having clear, written instructions, proctors would mime the instructions. Completely absurd. Some of these instructions just did not lend themselves to being acted out, and who knows what the thespian skills of these proctors were anyway. They were fated to do poorly, and that’s exactly what happened.

We have this very, very long history of really creative uses of bias with one intent — to buttress the belief that African Americans have lower intelligence than whites.

Q. Are there ways in which intelligence tests still have remnants of the bias you describe?

A. It’s more than remnants. The tests simply are not accurate in many ways. There’s been a lot written about the ethnic bias. We have been sold on the virtue of IQ tests as measuring intelligence, which it does not, but also measuring intelligence as a static feature — something one is born with and does not change. That’s simply not true. IQ does change.

We’ve also been told that it’s genetically mediated, which is not true. No one has yet found a gene. James Watson said about 12 years ago that he was confident that the gene for intelligence would be found within a decade. That was 12 years ago.

Q. Do you believe there’s an unbiased way to measure intelligence?

A. Before we could measure intelligence, we would have to be able to define it, which we cannot. In the Harvard Educational Review, Arthur Jensen had an assessment of lower intelligence among African Americans that he tied strictly to genetics, no other mitigating factors. When he was asked to define intelligence, he said, ‘Intelligence is like electricity, it’s easier to measure than define.” The experts I’ve spoken to, they’ve spent their whole careers studying intelligence, and yet they can’t define it.

We do know what is considered intelligence changes from culture to culture. In our culture, literacy and the ability to manipulate numbers are important. But if an individual sat down in these other cultures, he could easily find himself at a complete loss to survive in the environment. He would not be able to do the things that people living in that area do every day. He would not be able to read the environment the way they do. So, intelligence — whatever it is — differs from place to place. That’s why these rankings of IQ by country and nationality that people love so much, are completely, utterly meaningless.

Q. In certain countries, the pool of people who took those IQ tests was very small. You write about tests by researchers on kids in Ethiopia in the 1980s.

A. Yes, let’s look at Ethiopia. First of all, not only was it just over 100 people, it was children — who had survived being orphaned, famine, torture. When I took these tests as a child, I knew they were important and although they’re grueling, you did your best to perform well because you knew they were important to the future. But a kid in an orphanage in Jimma, for whom this language may not be his primary language, what motivation does he have to sit still for hours and focus on a test?

It’s no accident that the people who score the lowest are people in developing countries. Some academics claim that all of Africa is mentally retarded. Let that sink in for a moment and you realize it’s just the embodiment of racial bias.

Q. When people talk about the consequences of exposure to toxins, they usually focus on cancer, asthma — disorders of the body — less so on the effects on cognition. Why do you think that is?

A. I think it’s human nature. Cancers are tangible and recognizable. But when we have children who have mental problems, who are slower to function intellectually or have behavioral issues, very often the child was poisoned in utero and we don’t see this behavior until the child is 15 years old. It’s really hard to make that connection, so it is much harder to come to grips with. That’s why I wrote the book, because it’s essentially invisible to a lot of people.

Q. You say in the book that exposure to air pollution and heavy metals can decrease your IQ by three to five points. That doesn’t sound like much.

A. I wrote about this nurse in Flint, Michigan. When a mother was complaining about her child suffering a loss of IQ, the nurse said, “Well, it’s only a few IQ points.” Bruce Lanphear, [a professor at Simon Fraser University], looked at the country as a whole and calculated what a drop of five IQ points might mean on average, and it’s disastrous.

When you have a reduction in IQ by five points, it doesn’t sound like much for an individual, but for the country it means you lose half the gifted children in the country, and the number of mentally retarded children skyrockets.

Q. Right. Children are particularly vulnerable to these toxins.

A. That’s a point people need to understand. Industry scientists will not always make the distinction. For children, there are so many factors that make them desperately vulnerable. It’s not just the fact that their brains are maturing, but the fact that we have these developmental windows. On a certain day, certain parts of the brain might develop, or certain neurons in the brain may migrate somewhere else. And if you have chemical exposure on that particular day, you could end up with devastating brain damage. But, if it happened a week later, perhaps there would be no damage.

Q. But these problems are solvable. You cite the U.S. government adding iodine to salt in the 1920s as an example of a simple and cheap intervention that worked.

A. When someone invokes the 15-point IQ gap between whites and blacks and immediately goes on to say, ‘Well, nothing can be done about this’ I think, but we can.

You need iodine for the thyroid hormone in the brain. When it wasn’t there, it was devastating. Simply by making sure that people had sufficient iodine, we could increase IQ within a single generation. We’re talking about a few dollars per ton — very, very little money.

It made me think who knows what kind of solutions we could hit upon that would end up being not only very effective but possibly extremely cheap. It shouldn’t matter what the cost is. Speaking of the cost makes absolutely no sense. Even if it were quite expensive, which I don’t believe it would be, it would still save money. We wouldn’t have to deal with the after effects — the human cost. That should be the most important thing.