My boyfriend wastes so much water. Am I wasting my time on him? 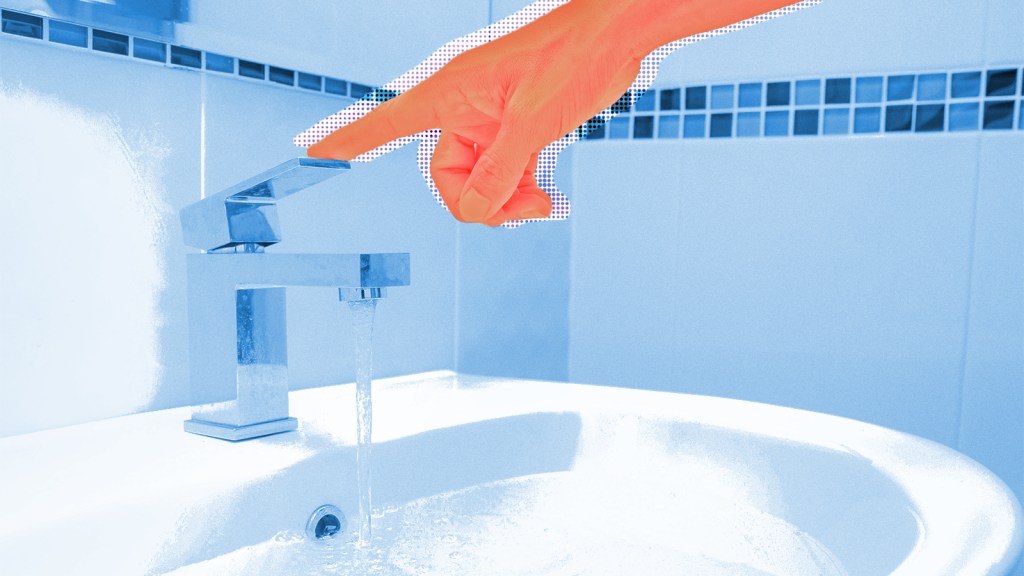 My boyfriend wastes so much water. Am I wasting my time on him?

We live in California, and I think about the drought a lot — like, all the time — and I believe that it’s everyone’s responsibility to do what they can to conserve water. But my boyfriend thinks that it doesn’t matter what he does.

How do I make him see the error of his ways? I feel like I’ve tried everything.

A divide in a relationship starts with a very small difference in how each of you has always done things. You’ve always turned the tap off, he never gave it a thought. It’s so inconsequential! But if you’re anything like me, maybe you waited just a little too long to tell him about what that difference means to you. You had already built up some resentment about that little faucet. The impact of which, incidentally, is not that little. It’s about 4-5 gallons of water per minute. That’s about 140 gallons a week, if you’re brushing responsibly!!!

But facts, unfortunately, never outweigh feelings, and it’s the feelings that are in play here. The longer your frustrations persist, the more that little fissure between your faucet attitudes grows to a chasm. It expands to contain the furthest logical extension of Al’s disregard for your values: He doesn’t care about water conservation. He doesn’t care about the environment. He doesn’t care about you! He wants you and every other living thing on the planet to die a parched and lonely death!

You say you’ve tried everything. If you’re positioning Al’s daily tap habits as a massive affront to global water conservation, I can’t imagine they’ve gone very well. I’m giving Al the benefit of the doubt here, but if you have an otherwise healthy and loving relationship, the act of turning on two sinks at once is sociopath-level bizarre. It’s the kind of behavior that might be set off in retaliation to you telling Al that his offhand water waste is single-handedly responsible for sucking the state aquifers dry.

It sounds like Al is trying to prove a point — which is that he thinks that you’re being silly and unfair — and, again, he’s being kind of a dick about it.

But this is an issue that, even though it’s technically global, feels very personal for you. You said it yourself: You think about the threat of drought all the time! This is an issue that has taken up residence in your brain — it is very close to you. And you can’t see an errant running tap or carelessly dumped-out water glass without turning on that anxiety switch. It actually hurts you.

It’s probably hard for Al to understand that, because it’s hard to articulate! “The idea of climate change hurts me personally” feels very foolish to say out loud, but I think we have to get better at it. Until then, however, I think you should explain to Al that you’re actually not blaming him for all of climate change, or for even for a state-wide drought. Simply tell him that wasting water is important to you, SADS, the person — not the entire world — and the fact that he’s been ridiculing that has been hurtful.

If Al is an even average boyfriend, he’ll realize that he’s been disrespecting your feelings and amend his ways. If he refuses to do that, well, I think you’d be within your rights to consider hanging him out to dry.

Are there any environmental concerns or climate worries that are causing problems in your relationships? Any kind of relationship! Love, friendship, family, work. Please write in to askumbra@grist.org — she’d like to answer more of these.